The Chippy Pops Up With Traditional British Fish and Chips 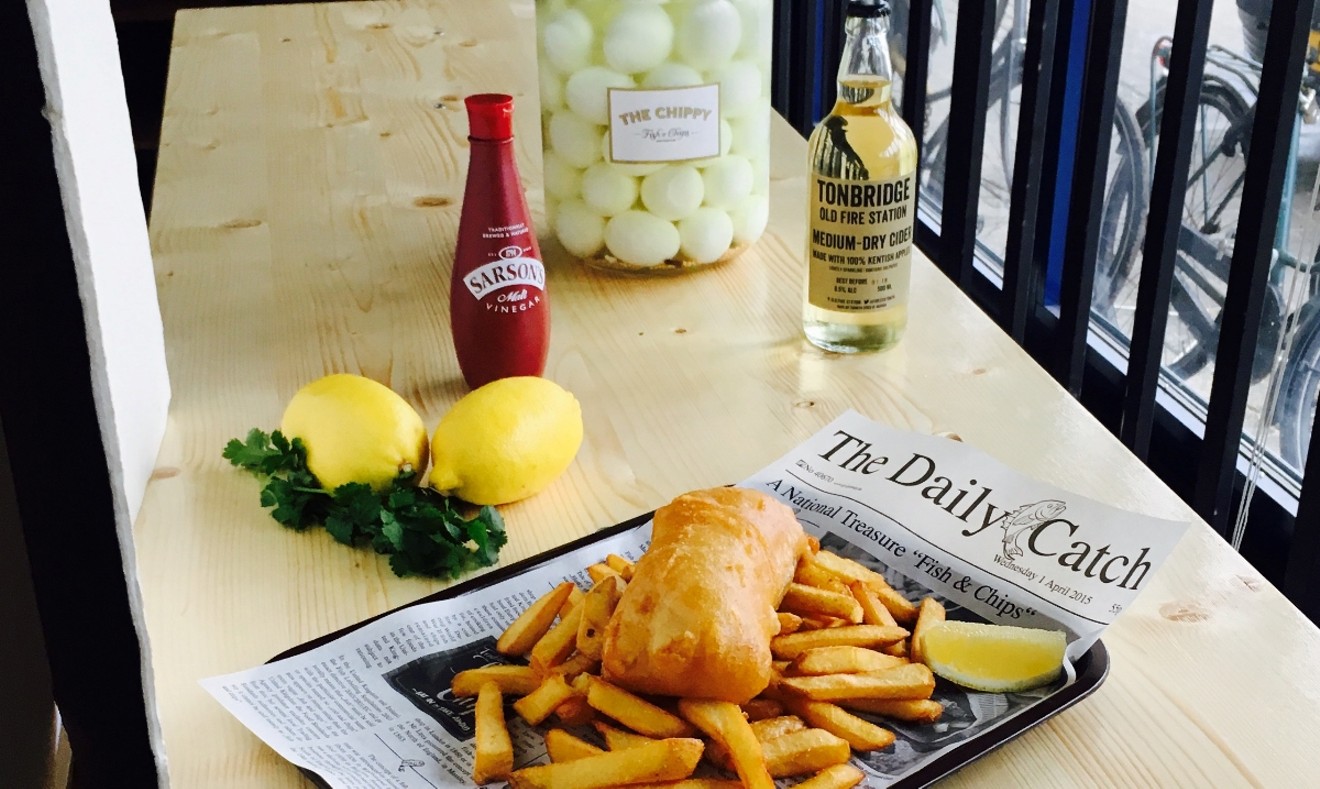 Fish and chips at the Chippy. Photo by Justin Brown
Chef Justin Brown had a plan. After winning awards for his fish and chips in the U.K. and successfully running a fish-and-chips shop in Amsterdam, he decided to move to Miami and re-create his shop in a warmer climate.

Brown relocated to Florida in January 2020 — a move, he says, that seemed full of promise at the time.

"My plan was to look for a place to open the Chippy. Great timing," he quips.

Brown had looked at several possible locations, including sites in Wynwood, when COVID-19 stopped him in his tracks.

With his plans on hold, the chef, who worked at several high-end eateries in London including the Landmark London, Monte's with Jamie Oliver, and the Carnarvon Arms with Robert Clayton, started working as a personal chef in Miami, documenting his culinary journey on social media. His Instagram page caught the eyes of the owners of Balans, a local, family-owned restaurant chain.

"I was biding my time when they reached out," Brown says. "They're British and I'm British, so our culinary styles aligned."

Brown was offered a position as executive chef at Balans and, to sweeten the deal, the opportunity to bring the Chippy to life as a pop-up at the restaurant's Brickell location. Brown named the pop-up in honor of the British slang term for fish-and-chips shops.

The highlight, of course, is the fish and chips ($18.95). Guests can choose fresh cod or haddock, delivered from Patagonia Seafood. Each piece is battered in a mixture of flour, Wynwood Brewing Company's La Rubia beer, and yeast, then fried to order. Brown hand-cuts his chips from potatoes that are delivered daily.

"It's such a simple product. That quality is the key to making good fish and chips," says Brown, who was named Pub Chef of the Year three years in a row at the Great British Pub Awards.

Brown still plans to open his own brick-and-mortar Chippy, but for now, his pop-up at Balans has no expiration date.

"I would imagine I'll be running the pop-up three or four months," he muses. "When the pop-up ends, it means that I've found my own place."

The chef is also considering a fish-and-chips food truck.

"Honestly, I don't need much space to run the Chippy," he notes.

He says he's lucky that fish and chips work so well as takeaway food in a time when traditional dine-in restaurants are having a hard time.

"It's also the perfect comfort food," says Brown, who adds that he's hearing a lot of buzz from Londoners who reside in Miami. "It seems to have struck a chord in people. There really isn't much English food around here."

The Chippy is offered for takeout and delivery via Uber Eats. Orders for pickup can be placed through the Balans website or at thechippy-restaurant.com. Customers can also walk up and order, though dine-in at Balans is limited to the restaurant's traditional menu.

The Chippy at Balans Restaurant at Mary Brickell Village. 901 S. Miami Ave., Miami; 305-809-8587; thechippy-restaurant.com. Wednesday through Sunday 4 to 10 p.m.; takeout and delivery only.
KEEP MIAMI NEW TIMES FREE... Since we started Miami New Times, it has been defined as the free, independent voice of Miami, and we'd like to keep it that way. With local media under siege, it's more important than ever for us to rally support behind funding our local journalism. You can help by participating in our "I Support" program, allowing us to keep offering readers access to our incisive coverage of local news, food and culture with no paywalls.
Make a one-time donation today for as little as $1.