The Anderson Reopens October 1 With Expanded Outdoor Seating and Upgrades 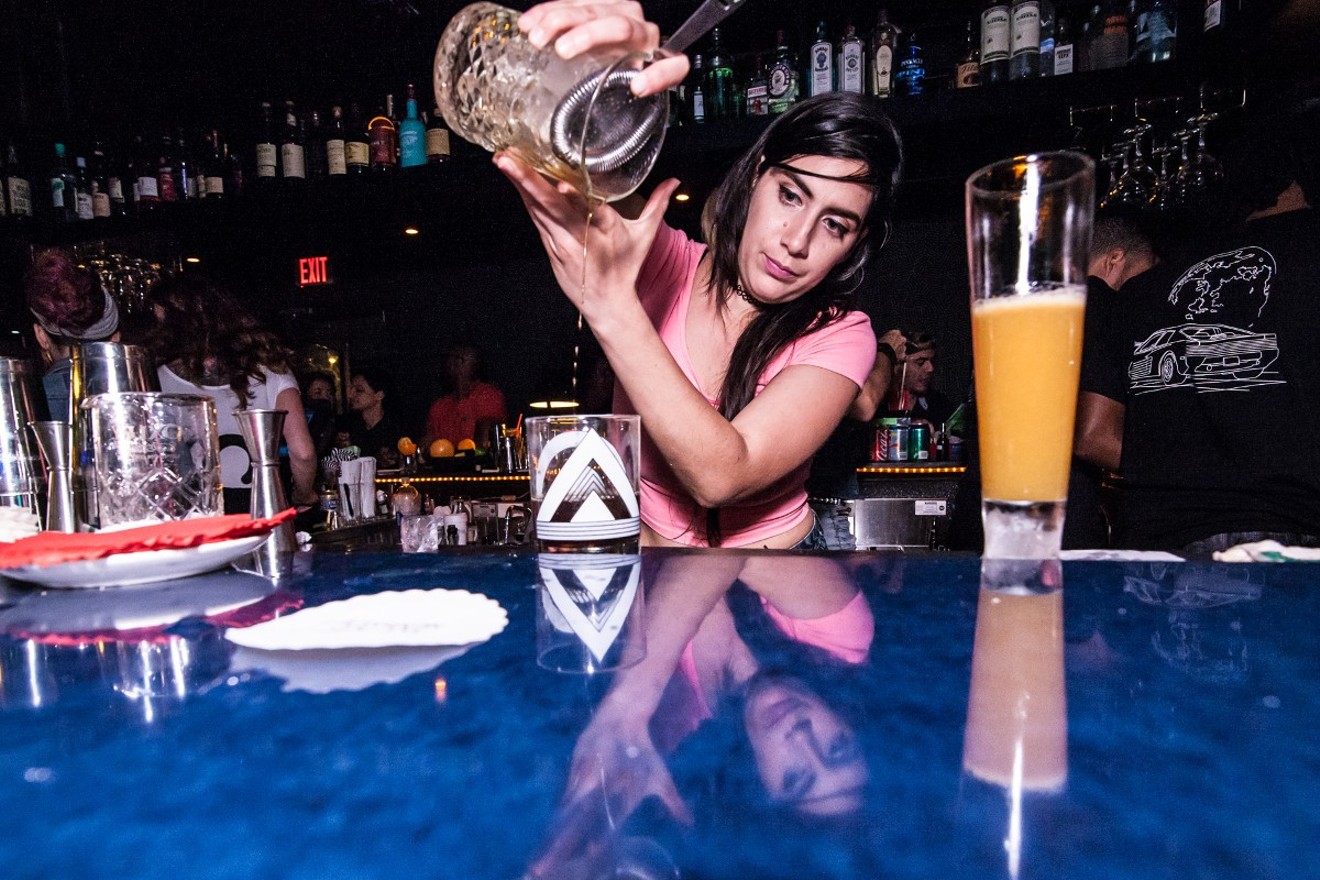 Cocktails at the Anderson. Photo by Monica McGivern
When bars and restaurants were forced to close throughout Miami in March, Ken Lyon and his partner Hakim Mouslim saw an opportunity to have the Anderson live up to its full potential.

Taking advantage of some SBA loan money, they set to work upgrading the Anderson's somewhat outdated kitchen with a major renovation that included moving the walk-in cooler and upgrading the dishwashing system.

The team also set about constructing a new entryway complete with bamboo and greenery and updated the Anderson's beach shack area.

Ken Lyon tells the New Times that the time spent closed allowed the partners to do some much-needed work on the building, which was constructed in the 1930s.

"We used this time to re-up our game," Lyon says. "We invested in the Anderson and put effort into what we wanted to do when we originally took over the space."

Additions include an herb garden, a second outdoor seating area with an additional bar, and assorted upgrades to the interior dining room and bar.

Lyon says that on October 1, the Anderson's outdoor spaces, including El Toro Taco and the Shack, will open. The inside space will open when bar seating is permitted.

"When the city and county say we can sit at the bar, we'll open," he says.

El Toro Taco will open with expanded seating and a menu of tacos, tequilas, and mezcals.  For now, El Toro's bar area will be closed, but guests can sit on repurposed green benches and vintage patio furniture.  Lyons says that the area can accommodate about 75 people with social-distancing guidelines in effect. The space is canopied and has ceiling fans to protect from heat and rain showers.

Lyon has added a small sandy beach area at the Shack, complete with colorful chairs and string lights. For now, the Shack's walk-up bar won't be open. Instead, the bartenders working the area will take drink orders from guests enjoying the outdoor space.

Lyon calls the combined El Toro and Shack areas "Tulum meets Negril," referencing the two popular resort areas that complement each other by offering a beachy staycation vibe. Both areas will offer menus via QR codes.

The Anderson's inside bar will be called the Magnum Bar at the Anderson, in honor of the much-loved piano bar that lived in the space for decades, and will serve classic cocktails. The seating area at the Anderson will have a new menu and a new concept, though for now Lyon is holding off on announcing details. The restaurateur expects the dining room to open sometime in November. The inside bar area will remain closed for the foreseeable future.

Lyon expects the go-ahead for bars to open soon. And when the mayor makes the call, he'll be ready.

"We'll reopen the Magnum Bar the day the OK is given."

The Anderson. 709 NE 79th St., Miami; 305-757-3368; theandersonmiami.com.
KEEP MIAMI NEW TIMES FREE... Since we started Miami New Times, it has been defined as the free, independent voice of Miami, and we'd like to keep it that way. With local media under siege, it's more important than ever for us to rally support behind funding our local journalism. You can help by participating in our "I Support" program, allowing us to keep offering readers access to our incisive coverage of local news, food and culture with no paywalls.
Make a one-time donation today for as little as $1.