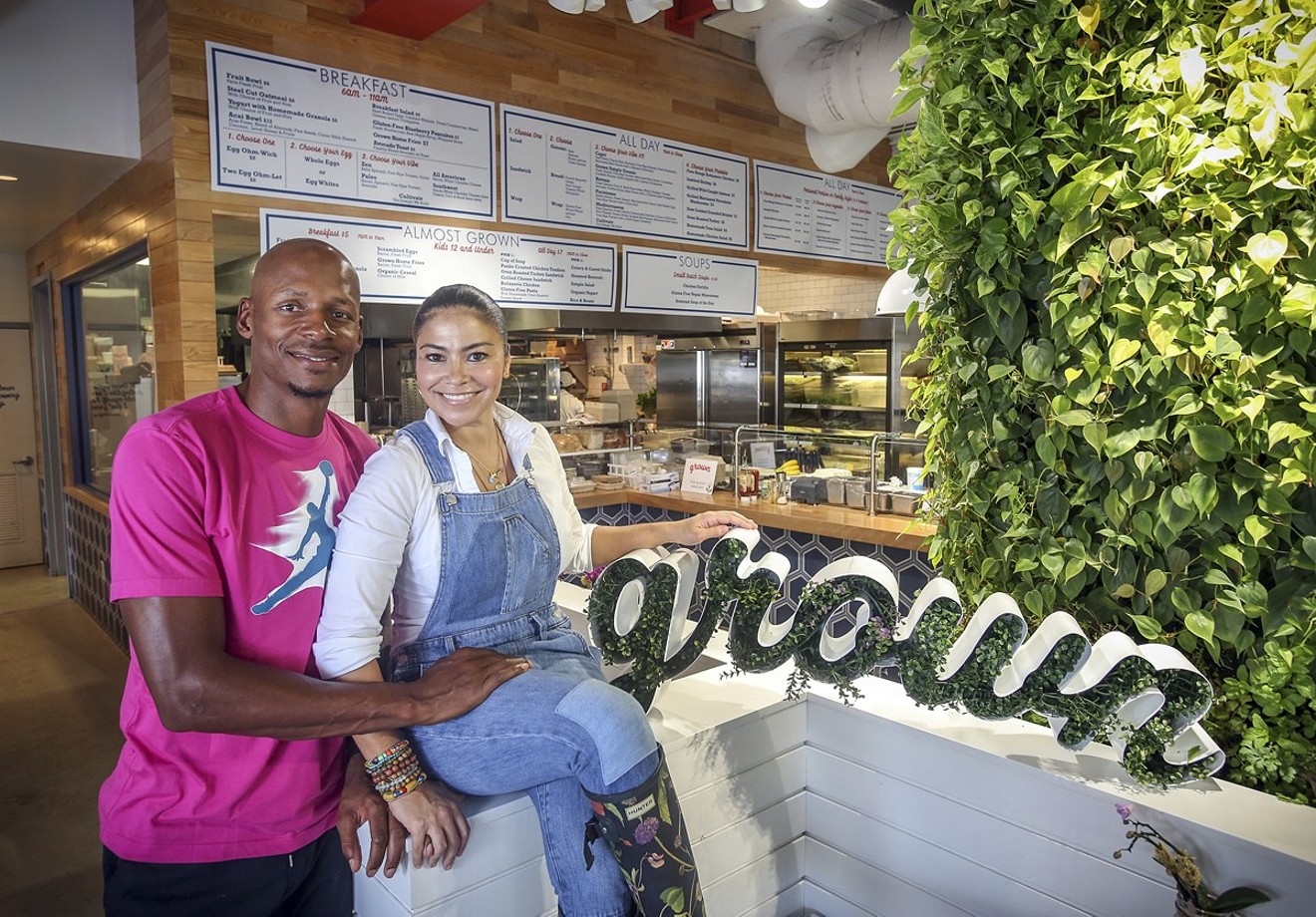 CandaceWest.com
In March 2016, Shannon Allen and her husband, former Miami Heat player Ray Allen, opened Grown, a healthy fast-casual eatery, in South Miami. Today it remains the first and only USDA-certified organic fast-food restaurant with a drive-thru on the East Coast.

In the past year and a half, the Allens have expanded the concept to Hard Rock Stadium, the Watsco Center, and Wesleyan University in Connecticut, Shannon's home state.

This month, the couple opened a Grown location inside a Walmart Supercenter on Narcoossee Road in Orlando's Lake Nona community.

"The opportunity to partner with Walmart is so inspiring as we're still a small family business," Shannon says. "In less than two years, we're sitting inside one of the biggest companies in the world. It speaks to the power of the mission."

Grown Lake Nona is similar in design to the South Miami flagship, featuring a large counter area with wood accents and lush greenery. The menu is the same too, including small-batch soups, salads, sandwiches, and wraps; gluten-free baked goods; customizable cold-pressed juices and fruit smoothies; and family-style meal options. Prices range from $4 to $18 per item and up to $50 to feed a family of four.

"There is a whole host of people around the country who don’t have access to fresh food," she says. "Walmart helps people save money and live better, and it's willing to go into places that no one else is."

Developed by the Allens, Grown is described as "real food, cooked slow, for fast people," meaning it blends a farm-to-table concept using organic, local, and nutritious ingredients with the essence of a fast-food locale, where orders are placed and served within four minutes.

“Grown was born out of frustration,” Shannon told New Times in 2016. “At home, I do my best to prepare delicious, nutrient-dense meals for our five children, including our son Walker, who is living with type 1 diabetes. Like most busy families, we juggle homework, after-school sports, and everyday commitments — we live in our cars. I had an aha moment where I realized I couldn’t sit around helpless waiting for someone else to create a fast-food option that met our family’s dietary needs."

Today Shannon is focused on opening as many locations as it takes to make Grown accessible to all.

"When we first opened, we really weren't sure if anyone would show up," she says. "The concept has been so well received. We're in a constant evolution of trying to find ways to better serve our customers."

The Grown partner is optimistic about opening other locations inside Walmart stores but could not confirm any possible forthcoming plans.

"We want to see if we can resonate with the Walmart customer and if it becomes an asset to them," she says. "Either way, I will never be able to rest until Grown is available to every person across the country."