Ladies can snag complimentary drinks during Balan's new Ladies Night. Photo courtesy of Ferggie Coll @ByFerggie
This week's food events in Miami include "Blackout Bingo" at Bodega Fort Lauderdale, the launch of Ladies Night at Balan's, and an industry brunch at Time Out Market.

Know of any events that should be shared on our list? Email [email protected].

Time Out Market has revealed a new event lineup to eat, drink, and celebrate the month of May. The anniversary celebrations include an industry brunch party for hospitality workers and event planners where anyone working in "the biz" can listen to the sounds of Time Out Market’s resident DJ while noshing on "Family Meal Monday." Specials start at 2 p.m. and feature $3.33 food and beverage offerings. 2 to 5 p.m. Monday, May 9, at 1601 Drexel Ave., Miami Beach; timeoutmarket.com/miami. 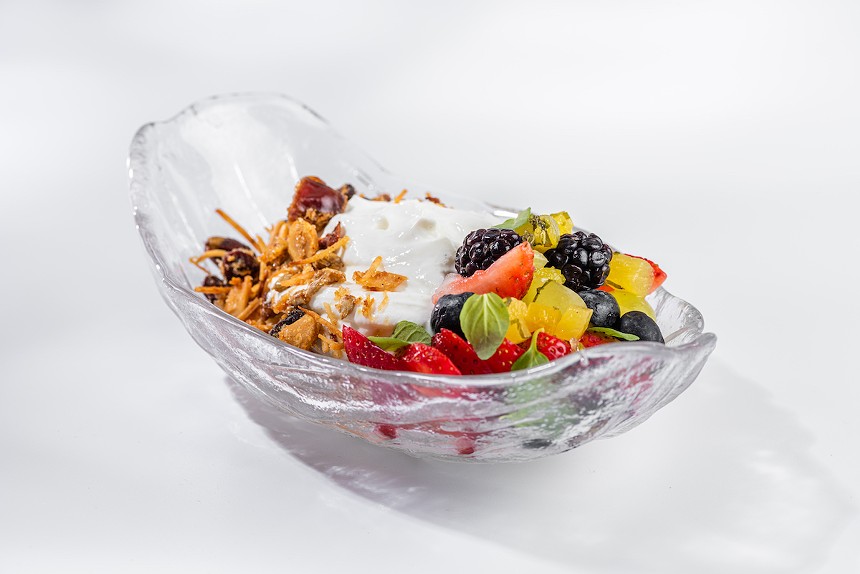 Coral Gables restaurant Well Fed is launching weekday breakfast this week. Available Monday through Friday, the morning menu showcases a selection of traditional Venezuelan delicacies like Andean-style pastelitos served with traditional picadillo and hot sauce and homemade quiche in a variety of flavors; stuffed pancakes with fruit and whipped cream; and Venezuelan empanadas in flavors such as ham and cheese, shredded beef, and shredded chicken. 8 to 11 a.m. daily at 271 Miracle Mile, Coral Gables; wellfedmiami.com.

This week, head to Bodega Taqueria y Tequila's Fort Lauderdale location for the launch of "Blackout Bingo," which will take place every Tuesday. Bodega is giving away special prizes including bar tabs, pitchers, beers and a grand prize of a complimentary bottle of Patrón tequila. 7 p.m. Tuesday, May 10, at 21 W. Las Olas Blvd., Fort Lauderdale; bodegataqueria.com.

Balan's Bar & Brasserie, Brickell's London-meets-Miami restaurant, is launching a ladies' night this week. Whether you're celebrating a birthday, job promotion, or just looking for a catch-up-sesh over a glass of wine, the new weekly promotion allows ladies to indulge in a complimentary glass of sparkling wine or lychee martini starting at 5 p.m. The evening continues with the weekday happy hour, available from 3 to 7 p.m., with specials including $5 select wines and beers, $8 cocktails, $7 spirits, and light bites such as oysters on the half-shell, mushroom sliders, and shrimp tempura. 5 to 8 p.m. Thursday, May 12, at 901 S. Miami Ave., Ste. 108, Miami; 304-809-8587; balansbrickell.com.