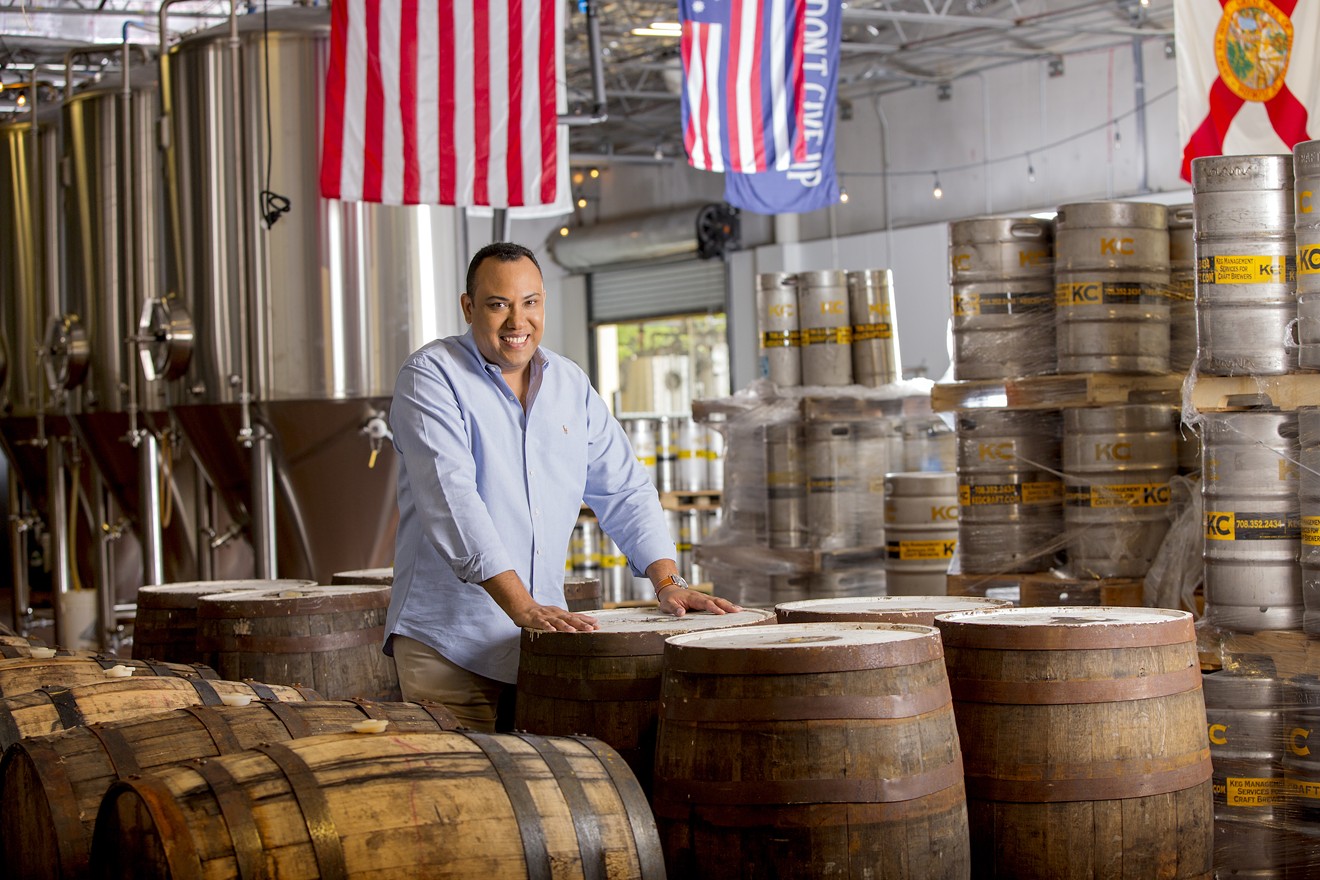 Courtesy of Jose Mallea
Biscayne Bay Brewing Company co-owner Jose Mallea kicked off his candidacy for the Florida House of Representatives this weekend. He took to Twitter Saturday to make his announcement.

Mallea has thrown his hat into the race for the 116th district, which covers much of the area squeezed between the Turnpike to the west and Galloway Road to the east, including Doral, as well as the neighborhoods of Westchester and the northern portion of Kendall. The district also includes Florida International University and Miami-Dade College and is represented by Jose Felix Diaz, who will be termed out at the end of the year.

Mallea is a business owner who's served at various levels of government, so it's not difficult to see why he would run for public office. His experience includes work at the Small Business Administration and the Florida Department of Education. He was also a staffer for Miami Mayor Manny Diaz for two years.

Mallea says he began pondering a run for state office around Thanksgiving. After reflecting and talking to his friends and family, he decided to go for it. He's running as a Republican. "I just felt like this is the time and I'm ready to do it," Mallea says.

For as much experience he has in government, it's his private sector knowledge that prompted him to enter politics. He says opening a brewery gave him a unique perspective on the challenges many of this colleagues face when opening small businesses.

He draws on his experience opening Biscayne Bay Brewing in Doral, which wasn't exactly the most streamlined process. At the time, he described working with the City of Doral as a learn-as-you-go process with a lot of back-and-forth between him and city officials.

When it came time to open the taproom, the city asked for many changes, and each one caused a delay. It's not just craft beer, Mallea says, but more than likely many other businesses that face bureaucratic hurdles. He says it's an issue that's deeply personal.

"Government definitely has a role to play when regulating industries, but the problem is it gets to the point where it's counterproductive and so burdensome that it's hard to start the business," Mallea tells New Times. "Forget about the challenges after you open — just getting to the point where you're open is incredibly cumbersome."

Another issue that's important to him is education. Being a product of public education in Miami (graduating from Hialeah-Miami Lakes Senior High School and later from FIU), he understands its value, he says.

"I think there are a lot of challenges in that space and a lot of innovating that needs to take place," Mallea says, describing the process with the city as a 20th-century system in a 21st-century economy. "The quicker we can get up to speed and prepare our kids for the future for the economy of today, the better off we're going to be."

Adds Mallea: "If I am ever going to do anything about these types of issues, I need to do it from a place where I can actually have an impact."