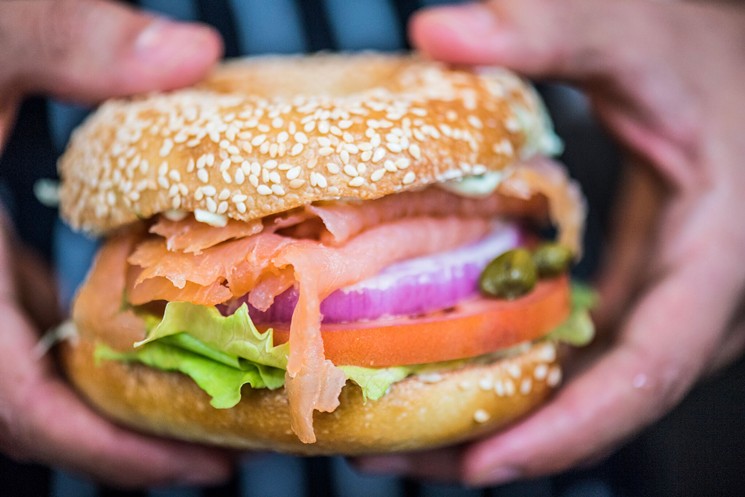 Courtesy of Concrete Beach Brewery
Yelp Beer Week at Miami, Broward, and Palm Beach Breweries. Through Saturday, June 9, visit nearly two dozen Miami, Broward, and Palm Beach breweries, which will offer 50 percent off beer flights for those who check in on Yelp. Participating Miami-area breweries include Biscayne Bay Brewing, M.I.A. Beer, Veza Sur, J. Wakefield, Concrete Beach, Wynwood Brewing, Bousa, Miami Brewing Company, the Tank, and Nightlife Brewing. Specials on beer flights at Broward and Palm Beach breweries will also be available June 3 through 9 from Fort Lauderdale to Oakland Park and Boca Raton to Delray Beach. If you're up for the drive, stop by nearly a dozen breweries, including LauderAle, Funky Buddha, and Saltwater. Through Saturday, June 9, at various breweries across Miami-Dade, Broward, and Palm Beach counties; yelp.com.
KEEP MIAMI NEW TIMES FREE... Since we started Miami New Times, it has been defined as the free, independent voice of Miami, and we'd like to keep it that way. With local media under siege, it's more important than ever for us to rally support behind funding our local journalism. You can help by participating in our "I Support" program, allowing us to keep offering readers access to our incisive coverage of local news, food and culture with no paywalls.
Make a one-time donation today for as little as $1.