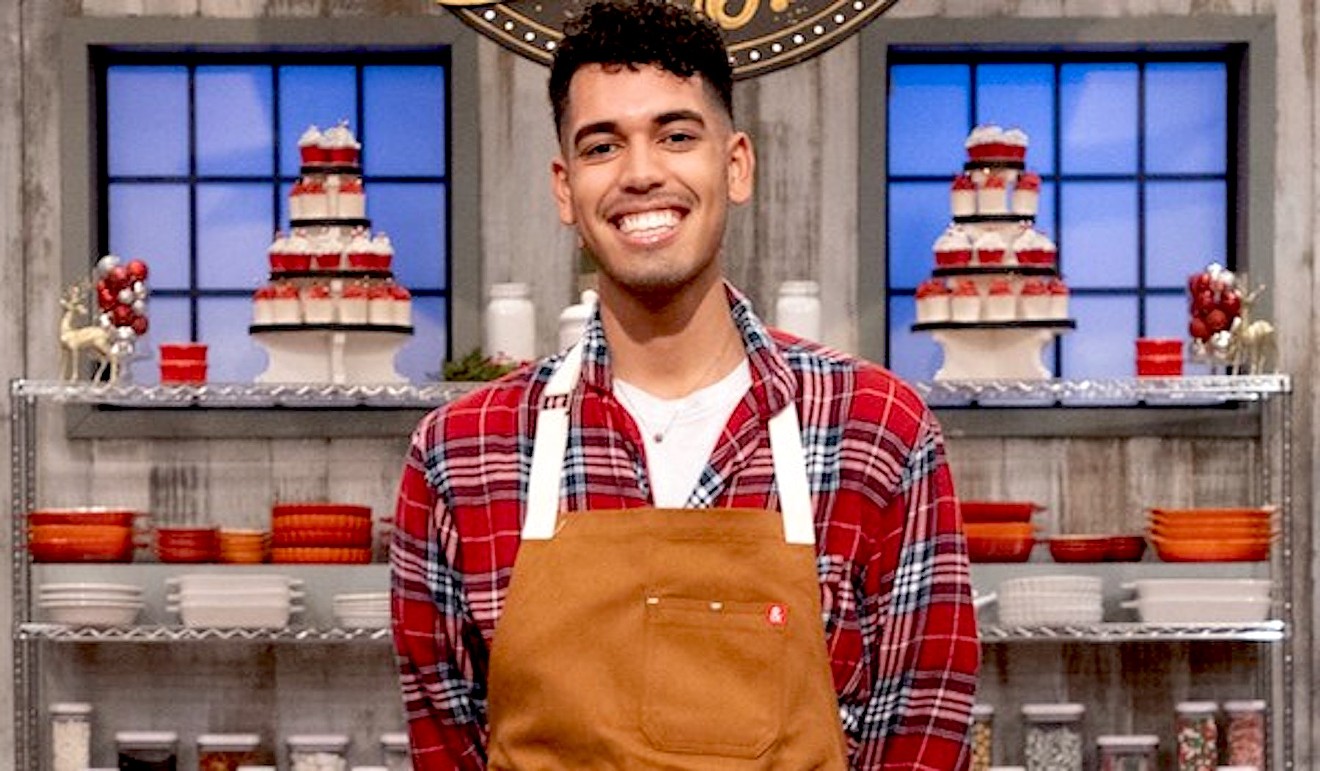 "Quarantine Baking (Ep.1): Cheesecake" has garnered just over 500 views on YouTube since Delgado uploaded it in late March, but it attracted a far larger audience when Delgado gave the three-flavor concoction a holiday-themed on the December 7 episode of the Food Network series, which airs Mondays at 9 p.m.

Now in its seventh season, the show, hosted by Jesse Palmer along with judges Nancy Fuller, Duff Goldman, and Carla Hall, invites a dozen bakers to compete for the Holiday Baking Champion title and a $25,000 prize. The eight-episode series culminates Monday, December 21; past episodes are available to stream online.

So far, the show's contestants have been asked to decorate bread wreaths, make a winter hat cake, use unconventional ingredients to make well-known desserts, design holiday cookie-topped mini-pies, devise advent calendars filled with different types of chocolate to inspire desserts that contain a surprise inside, and bake a single cheesecake with three different flavors.

If Delgado survives elimination tonight (December 14), he'll earn a spot in the final.

The North Carolina native has shown his natural gift for making beautiful and inventive desserts, many of which he displays on his Instagram (@stressfree_artistry).

He brings that same talent to the show, making his way through each round with his consistent ability to quickly executive desserts that are both easy on the eyes and the palate.

After earning a degree from Johnson & Wales in Charlotte, Delgado spent several years baking in New York before relocating to Miami. For the past two years, he worked at the Faena Hotel in Miami Beach, training under Frederic Monnet, the Faena Group's executive pastry chef.

Moving forward, expect to see the pastry chef strike out on his own — but not before he grows his social-media following.

"After all this, I realize I want to do my own thing and be my own boss," Delgado tells New Times. "I’m currently working as a home baker and will soon take social media by storm creating my own baking YouTube channel."
KEEP MIAMI NEW TIMES FREE... Since we started Miami New Times, it has been defined as the free, independent voice of Miami, and we'd like to keep it that way. With local media under siege, it's more important than ever for us to rally support behind funding our local journalism. You can help by participating in our "I Support" program, allowing us to keep offering readers access to our incisive coverage of local news, food and culture with no paywalls.
Make a one-time donation today for as little as $1.