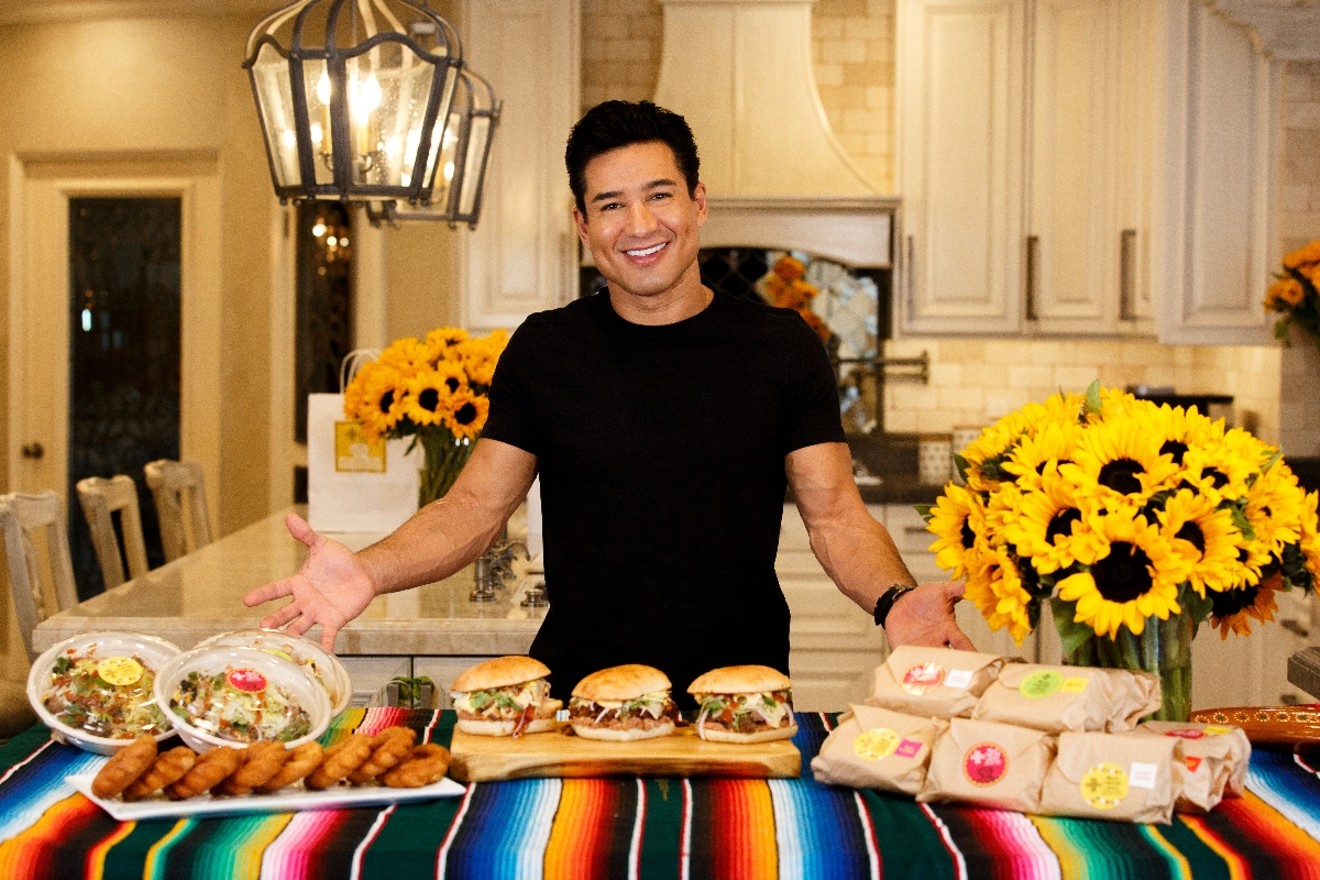 Mario Lopez's tortas are available in Miami. Photo by the Range Photography
Attention, hangry pop-culture and music fans: Two of your favorite '90s icons will now deliver food to your doorstep.

Mario Lopez, best known as A.C. Slater in the teen sitcom Saved by the Bell, is all grown up and hawking tortas, while America's favorite diva, Mariah Carey, is baking cookies.

The tortas, served on a griddled telera roll and are filled with beef barbacoa, chorizo and egg, grilled chicken, pork carnitas, chile relleno, or a vegan chorizo. (Alternatively, those same fillings can be ordered as cauliflower rice bowls.) Other menu items include nachos, chips and guacamole, black beans, elote, and churro doughnuts served with dulce de leche.

The menu was created by chef Eric Greenspan, with input from Lopez. (Greenspan, whose Los Angeles restaurant, the Foundry on Melrose, was a semifinalist for a James Beard Award for Best New Restaurant in 2008, is a frequent presence on TV food shows.)

The concept is a partnership with Orlando-based Virtual Dining Concepts, which contracts with local restaurants to prepare the food, which is delivered exclusively through Grubhub.

In a press release, Lopez said he was pleased with the collaboration with Virtual Dining Concepts. "[T]here's no one else I'd trust in the restaurant business who could make this happen," he said. "It is especially important to me that this menu is available for small, independent restaurants to carry as a way to help them regain their financial footing."

Like Mario's tortas, the cookies are baked in partnership with Virtual Dining Concepts. They're currently available in Miami, Fort Lauderdale, and West Palm Beach.

Celebrity ghost kitchens appear to be all the rage. Guy Fieri recently jumped on the celebrity ghost kitchen bandwagon with Guy Fieri's Flavortown Kitchen. Virtual Dining Concepts has deals with a host of other A (and B) listers, including Tyga Bites (a chicken-nugget concept from Tyga, also available in Miami) and Pauly D's Italian Subs (a sandwich shop from Pauly D of Jersey Shore fame).

And if it's concrete proof of the end of the world that you seek, take note that Jonathan Cheban (AKA Foodgod) is purportedly opening a Virtual Dining Concepts enterprise called Foodgod Truffle Fries that, in addition to its namesake dish, will offer chicken wings, burgers, and hot dogs.
KEEP MIAMI NEW TIMES FREE... Since we started Miami New Times, it has been defined as the free, independent voice of Miami, and we'd like to keep it that way. With local media under siege, it's more important than ever for us to rally support behind funding our local journalism. You can help by participating in our "I Support" program, allowing us to keep offering readers access to our incisive coverage of local news, food and culture with no paywalls.
Make a one-time donation today for as little as $1.