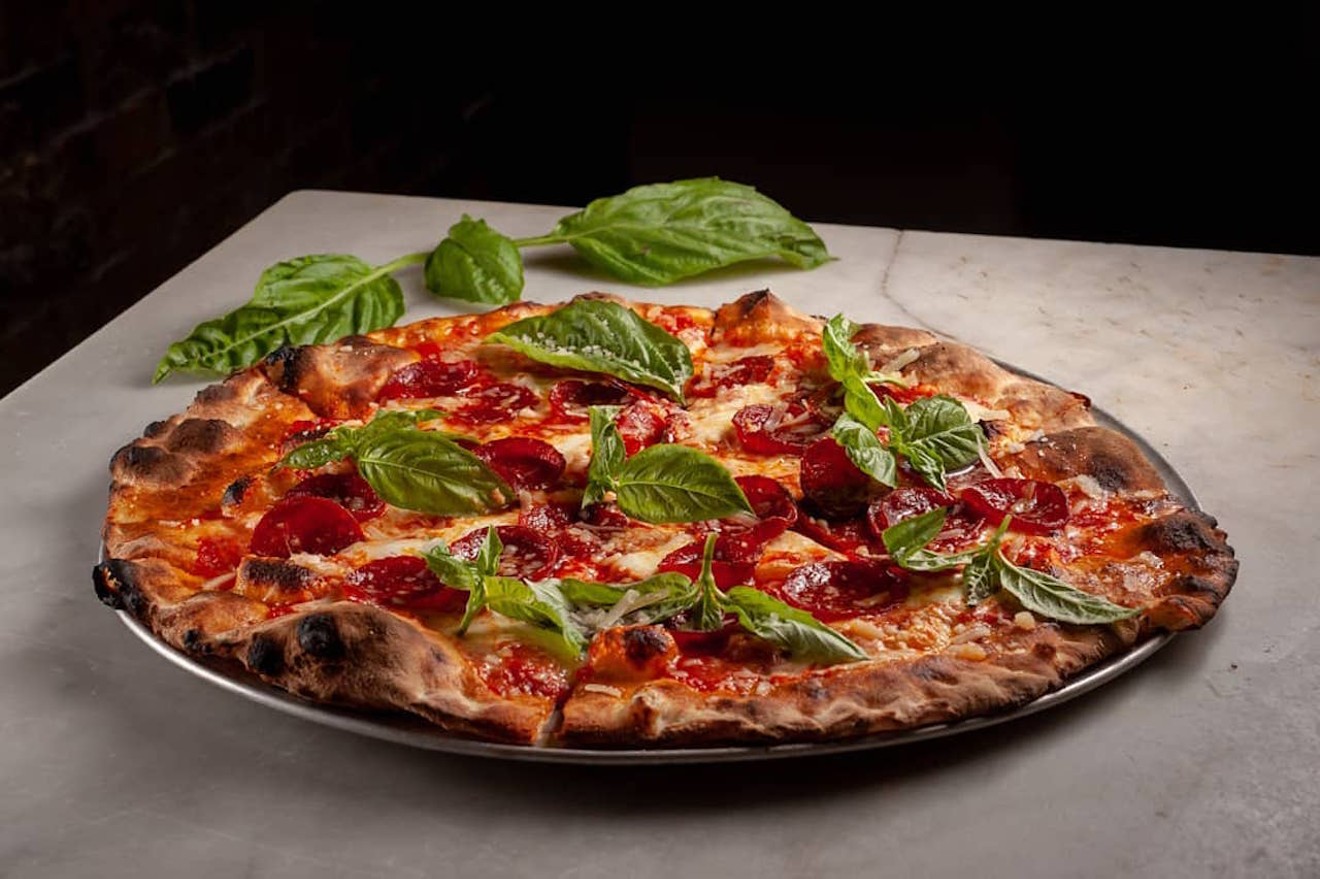 Pizza at DC Pie Co. Photo courtesy of DC Pie Co.
When Dominic Cavagnuolo opens DC Pie Co. in Brickell later this month, Miamians will no longer have to travel to South Beach to taste one of the best pizzas in town.

The fine-casual concept, named for Lucali owner's initials, is slated to debut at the end of this month at 1010 Brickell Ave. The restaurant will combine a simple menu and convenience to target the area's growing millennial market. "Brickell is better than it ever was," say the Brooklyn native, who will run his new venture with partner Mary Zayaruzny. "Now you walk around and feel the vibe of an actual emerging metropolis, with new residential buildings and businesses coming off the ground and diverse groups of people constantly looking for something to do."

DC Pie will offer the same pizza recipes that Lucali serves. The brick oven at the Brickell restaurant will be constantly fired up while staff preps and bakes the charred, thin-crust pies for which Lucali is known. The differences is in the size of the pies and the prices. A small 11-inch pizza costs $11, and a 15-inch costs $15.  A slew of toppings, such as onion, long hot peppers, and portobello mushrooms, will be priced from $2 to $5.

Like Lucali, the 3,000-square-foot restaurant will have a homey, rustic look thanks to wood, concrete, iron, mismatched furniture, and vintage glass.

Like the original DC Pie, which debuted ten months ago in Denver, Brickell's outpost will offer embedded tabletop tablet menus and payment systems to expedite service and reduce order errors. The digital upgrades allow diners to place orders and settle the check quickly. If diners aren't comfortable using the tablets, the staff can help. Also, only payment in the form of cards — no cash — is accepted. 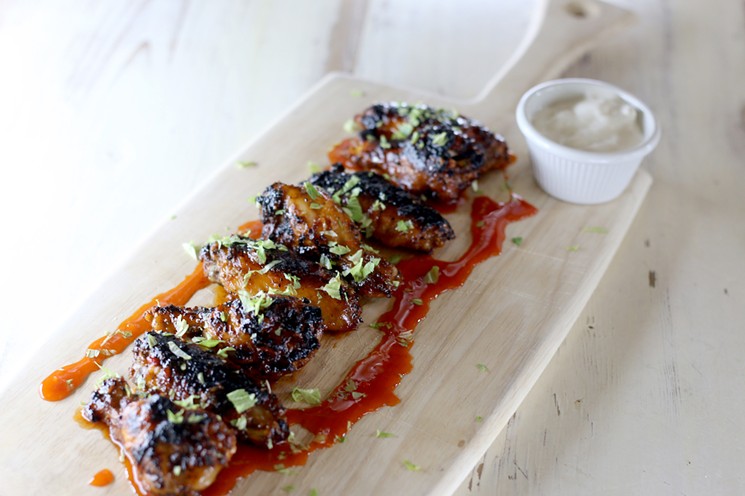 Cavagnuolo notes that Dom's, the bar in the back of the restaurant, is a nod to his six-year-old South Beach eatery. "This concept is an evolution of Lucali and Miami Bay Club," he says. "We want to serve people who stop by for a quick lunchtime meal at a high-top, as well as those who want to linger with friends over drinks and food at the bar until 2 a.m."

DC Pie will serve draft and bottled beer and wine. Cocktails include the Back to the Beach, made with Skyy vodka, St-Germain, pineapple, guava, and allspice ($12), and DCP Manhattan, containing Redemption bourbon, and leather bitters ($14). In addition, there will egg creams ($7) and house-made sodas in flavors such as blueberry and basil, which can be spritzed up with gin, mezcal, Campari, or Aperol.

A percentage of the restaurant's proceeds will be donated to Nicklaus Children's Hospital.

For fans who'd rather stick to South Beach, a DC Pie location is in the works there too. No opening date has been announced.

DC Pie Co. 1010 Brickell Ave., Miami; dcpieco.com. Monday through Friday 11 a.m. to 11 p.m., Saturday and Sundays 11 a.m. to 2 a.m.
KEEP MIAMI NEW TIMES FREE... Since we started Miami New Times, it has been defined as the free, independent voice of Miami, and we'd like to keep it that way. With local media under siege, it's more important than ever for us to rally support behind funding our local journalism. You can help by participating in our "I Support" program, allowing us to keep offering readers access to our incisive coverage of local news, food and culture with no paywalls.
Make a one-time donation today for as little as $1.
Juliana Accioly
Contact: Juliana Accioly