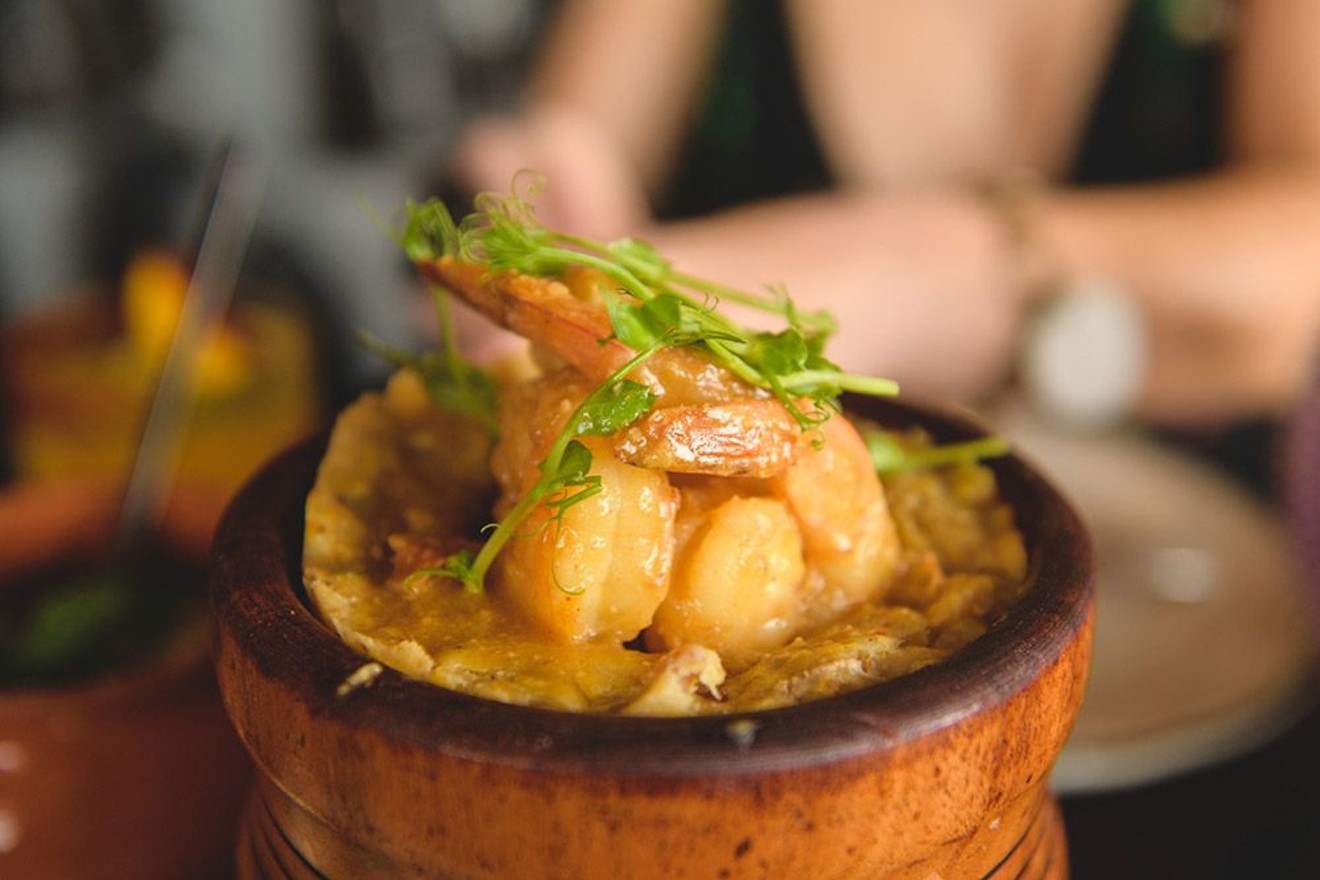 La Placita's mofongo. Photo courtesy of La Placita
The quest for a new food holiday began simply enough: José Mendín wanted to partner with the Puerto Rican rum brand Don Q for a celebration of mofongo and cocktails at his restaurant, La Placita. Mendín decided to do a Google search to find out what day National Mofongo Day fell on. The result shocked him.

"There was a National Sofrito Day," he says, referring to the Puerto Rican spice blend. "But no mofongo day."

Mendín did a little more research and found out that, indeed there was no day to celebrate the dish loved by Puerto Ricans everywhere.

Mendín set out to add National Mofongo Day to the National Days Archive. He filled out the paperwork that required him to explain what mofongo is and why it should be celebrated. He also had to pick a day. "I chose September 24 as an arbitrary date. "There wasn't a major dish celebrated on that date, so I just chose it," says Mendin.

Mendín says that, although mofongo shares its DNA with fufu and mangu, adding pork — usually in the form of chicharrones — adds another dimension of flavor that makes the dish so beloved by Puerto Ricans everywhere. Spices and pork are added to fried plantains before being mashed in a pilón — a wooden mortar-and-pestle.

He's proud of the dish — and his homeland of Puerto Rico. The chef, now 42, moved to Miami from San Juan 23 years ago to pursue his career, but his roots run deep. Most of his family is still in San Juan; he visits frequently and once owned a restaurant there. (He plans to open a new one in 2022.) He hopes National Mofongo Day will be a source of pride for both people in Puerto Rico and Puerto Ricans in the states. "My partner, Julian Gil, has been talking with media in Puerto Rico to get the word out," he says.

At La Placita, Mendín strives to bring a bit of Puerto Rico to Miami. The giant flag on the building — a source of contention to city officials — is photographed constantly. The eatery proudly serves mofongo — here made with confit pork belly in lieu of chicharrones.

On September 24, Mendín and Gil will celebrate the first National Mofongo Day at the restaurant. "It's going to be a party with Puerto Rican singers, a DJ playing salsa on vinyl, dominos, and Don Q rum."  And, of course, there will be mofongo tastings. "It's going to be a perfect Puerto Rican night," says Mendín, who strives to share a bit of his home with Miami. "Puerto Rican culture is such a strong culture. We're proud of our arts and culture. And especially of our mofongo."

National Mofongo Day. 5 to 1 0 p.m. Friday, September 24, at La Placita, 6789 Biscayne Blvd., Miami; laplacitamiami.com. Reservations are not required but recommended.
KEEP MIAMI NEW TIMES FREE... Since we started Miami New Times, it has been defined as the free, independent voice of Miami, and we'd like to keep it that way. With local media under siege, it's more important than ever for us to rally support behind funding our local journalism. You can help by participating in our "I Support" program, allowing us to keep offering readers access to our incisive coverage of local news, food and culture with no paywalls.
Make a one-time donation today for as little as $1.