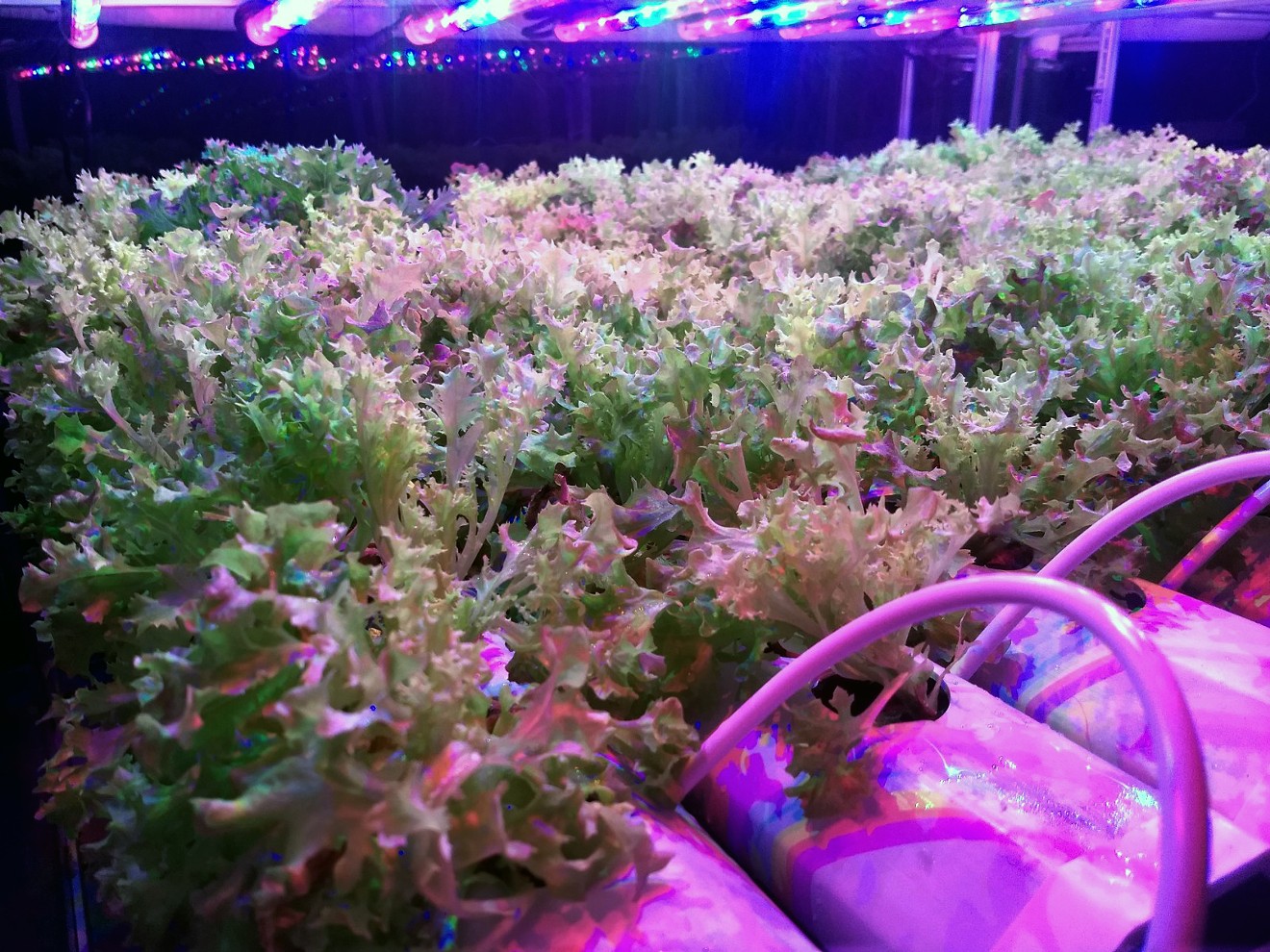 Model of the inside of Box Greens hydroponic shipping container. Photo by Ben Green
Imagine growing 500 heads of lettuce every week in a space smaller than your backyard. That's what sisters Lisa Merkle and Cheryl Arnold of Box Greens are doing with hydroponics.

But instead of growing greens inside stationary buildings like most hydroponic farmers do, they use portable 40-by-eight-foot shipping containers that can be placed near where the produce will be consumed.

“Climate change is a major issue, and one of the main contributors is CO2 from transporting food,” Merkle says. “Most of the produce we eat comes from very far away, like Chile, South Africa, and New Zealand. Most of the lettuce at Whole Foods from California.”

“We have the ability to grow an abundance of fresh, nutrient-dense food without an impact on the environment like traditional produce,” Merkle says of the company’s hydroponic, farm-in-a-box concept.

“It’s really surprising because we live in one of the most beautiful and lush places, but there are very few things we eat regularly that are actually grown in South Florida,” Merkle says. “Produce is picked before it's ripe, then it sits in containers for weeks or months where it’s sprayed with gases to preserve it."

Each container produces the equivalent of 1.5 acres of land, and Merkle says that herbs, microgreens, lettuces, kale, and collards flourish the best in hydroponic environments. Unlike traditional soil farming, hydroponics use no dirt. Nutrients are injected into the plant’s root systems through the water.

“With climate change, there is not the ability to farm like people used to, but the idea of bringing farming indoors allows production 365 days a year,” Merkle says. “And that’s groundbreaking.”

Nutrients from soil are critical to optimal health, and Merkle says that while hydroponics are healthy, they are best consumed in conjunction with traditionally farmed produce. But hydroponics can help us avoid the problems associated with long-distance food transport.

“We can’t live in a bubble just growing hydroponics under lights with filtered water and nutrients,” she says. “The future of food is eating hydroponics and things that are locally grown.”

Box Greens expects to have its first containers producing by December. The containers can be placed in schools to teach children about nutrition and urban farming, or near restaurants to provide greens so fresh that they can be consumed the same day they are picked.

Merkle also hopes to place containers in some of Miami’s food deserts where people have little access to fresh produce.

“We will give on-the-job training,” she says about hiring locals to learn about hydroponic farming. “We pay fair wages and will host onsite community dinners to bring together the community in public places where people can learn about healthier eating.”
KEEP MIAMI NEW TIMES FREE... Since we started Miami New Times, it has been defined as the free, independent voice of Miami, and we'd like to keep it that way. With local media under siege, it's more important than ever for us to rally support behind funding our local journalism. You can help by participating in our "I Support" program, allowing us to keep offering readers access to our incisive coverage of local news, food and culture with no paywalls.
Make a one-time donation today for as little as $1.