Here's Where You Can Buy Medical Marijuana in Miami Beach — Someday

In Miami Beach, the city's first — and so far only — marijuana dispensary, Surterra Wellness Center, opened on 4/20 at 1523 Alton Rd. At a meeting next Tuesday, the city's planning board will review an ordinance that sets the rules for Miami Beach dispensaries and lays out where new ones could be located.

Originally, city commissioners hoped to limit the number of dispensaries to three, but last summer, state lawmakers passed legislation that essentially opened the door to an unlimited number of possible dispensaries in Miami Beach. Now the planning board is reviewing maps showing where those future dispensaries could one day set up shop.

Currently, two of those dispensary-friendly zones are in South Beach. Medical marijuana treatment centers would be permitted on the north side of Fifth Street and along Alton Road between Sixth and Eighth streets, as well as a bit farther north on Alton between 13th and 16th Streets: 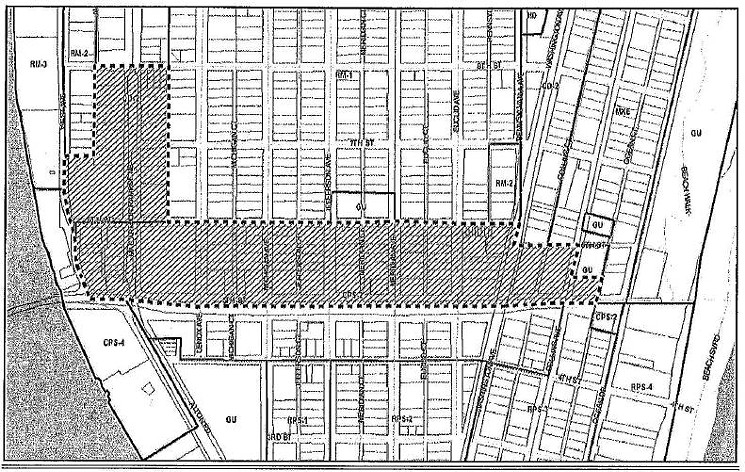 Fifth Street between Ocean Court and West Avenue, plus Alton Road between Sixth and Eighth Streets.
Courtesy of City of Miami Beach

Alton Road between 13th and 16th Streets
Courtesy of City of Miami Beach
Another zone is planned for the northeast corner of Alton Road and Dade Boulevard, where a Chase branch and Walgreens are located:

The northeast corner of Alton Road and Dade Boulevard
Courtesy of City of Miami Beach
In Mid-Beach, the zone covers the area where Mount Sinai Medical Center stands, plus a few blocks along 41st Street between Sheridan Avenue and Indian Creek:

The area north of the Julia Tuttle Causeway.
Courtesy of City of Miami Beach

41st Street between Sheridan Avenue and Indian Creek
Courtesy of City of Miami Beach
Finally, in North Beach, dispensaries could be allowed along the south side of 71st Street between Collins and Harding Avenues:

41st Street between Collins and Harding avenues
Courtesy of City of Miami Beach
The ordinance outlining the zones was approved in July 2017 by the city commission, which added a provision requiring the planning board to review the legislation one year later. Miami Beach commissioners also added provisions banning dispensaries from having entertainment, special events, vapor lounges, membership clubs, and explicit signage about marijuana that's visible from the road. Dispensaries also must provide the city with a security plan, business plan, operating plan, and "odor management" plan.

As of now, it's unclear if the planning board is looking to change anything about the ordinance; the item is on Tuesday's agenda simply as a discussion item.
KEEP MIAMI NEW TIMES FREE... Since we started Miami New Times, it has been defined as the free, independent voice of Miami, and we'd like to keep it that way. With local media under siege, it's more important than ever for us to rally support behind funding our local journalism. You can help by participating in our "I Support" program, allowing us to keep offering readers access to our incisive coverage of local news, food and culture with no paywalls.
Make a one-time donation today for as little as $1.