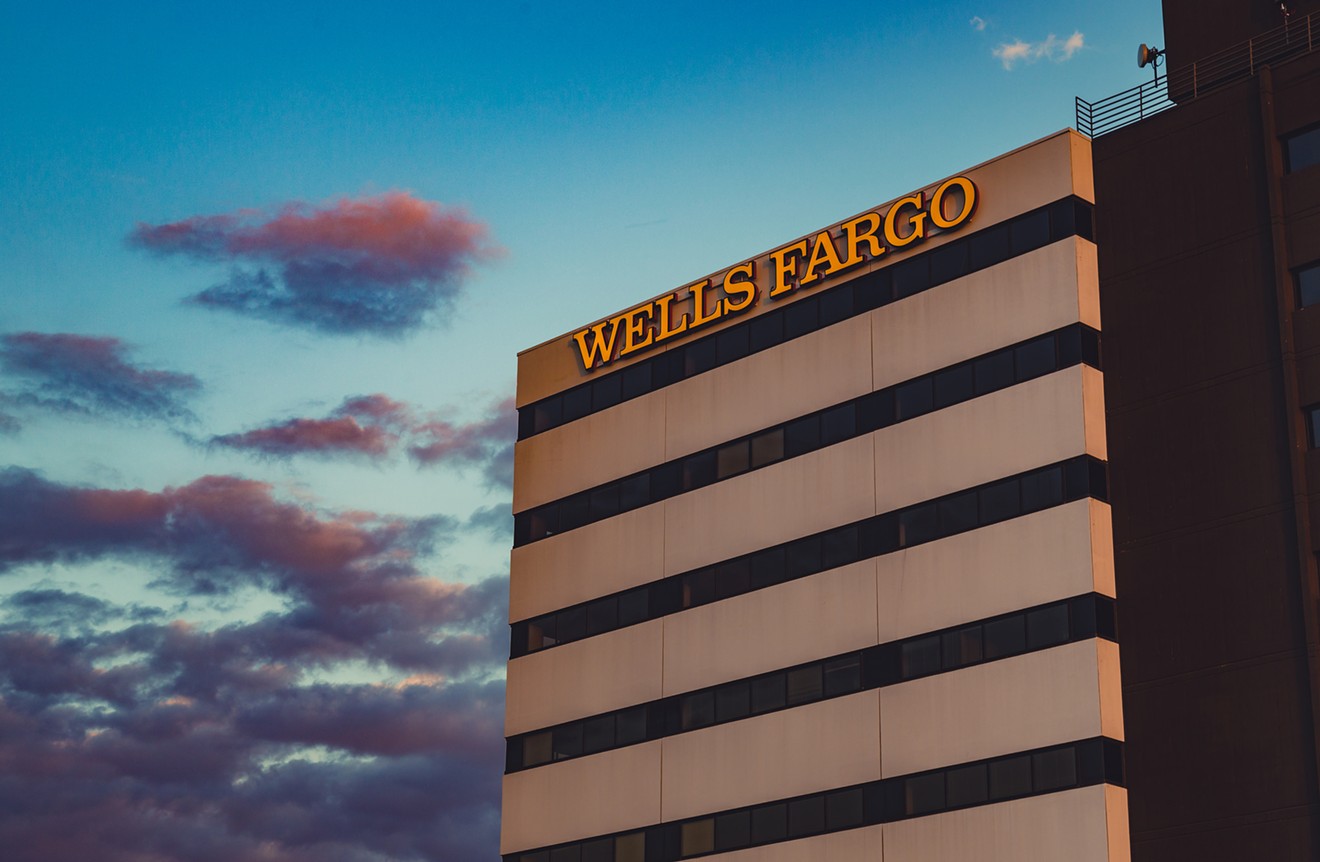 Photo by Tony Webster / Flickr
After a long day of work, Jean Romane Elie headed to a Wells Fargo branch in West Palm Beach to withdraw money for rent. But when he handed over his driver's license and Visa card, the bank teller told the Haitian man to wait while she consulted with another teller.

As Elie stood in the lobby, one of the tellers called the Palm Beach County Sheriff's Office. Instead of leaving the bank with his own money to pay his bills, Elie says he encountered a nightmare with the cops, who handcuffed him, detained him, and accused him of committing a felony.

He's the second black South Florida resident to allege recently that Wells Fargo racially profiled him and called police as he was trying to use normal banking services. An elderly black woman recently sued after a Fort Lauderdale Wells Fargo branch refused to cash her check, asked her how she got the and threatened to call the police on her.

"After being handcuffed and on display in the Wells Fargo lobby for all customers to see, the surprised Elie professed his innocence of any crime," his complaint alleges.

In a statement, Wells Fargo spokeswoman Michelle Palomino says the bank is aware of the lawsuit but cannot comment since the case is still open. "Wells Fargo opposes discrimination of any kind," she added, "and we take Mr. Romane Elie’s allegations very seriously.”

Elie's incident happened on June 1, 2017, inside the bank at 4900 Okeechobee Blvd. After tellers called the police, deputies detained and handcuffed him in the lobby, he says, humiliating him in front of other customers. Eventually, he asked to be unshackled to pull up his bank account records on his cell phone. Only then was he given a chance to prove he was an account holder "and all he was doing was just taking out cash to pay his rent," according to his federal complaint.

Elie's story comes amidst months of national headlines about police being called on black people for everyday activities including barbecuing at a park, waiting at a Starbucks, and selling water. In the complaint, he describes the tellers' behavior as "outrageous," calling it an instance of "racial bias against black Haitians."

In court filings, attorneys for Wells Fargo have tried to have the case dismissed with arguments that Elie failed to establish it was Wells Fargo who falsely imprisoned him or to prove the company knew or should have known its employees would call the cops on a paying customer.

In an opposing response, Elie's attorney, Gary Susser, writes that the bank was simply trying to distance itself from the allegations.

"Being judged as a felon by the color of one's skin should not be tolerated in our society," the response reads. "Wells Fargo and its employees must be held to account for their conduct, which cannot be deemed to be made in good faith."
KEEP MIAMI NEW TIMES FREE... Since we started Miami New Times, it has been defined as the free, independent voice of Miami, and we'd like to keep it that way. With local media under siege, it's more important than ever for us to rally support behind funding our local journalism. You can help by participating in our "I Support" program, allowing us to keep offering readers access to our incisive coverage of local news, food and culture with no paywalls.
Make a one-time donation today for as little as $1.