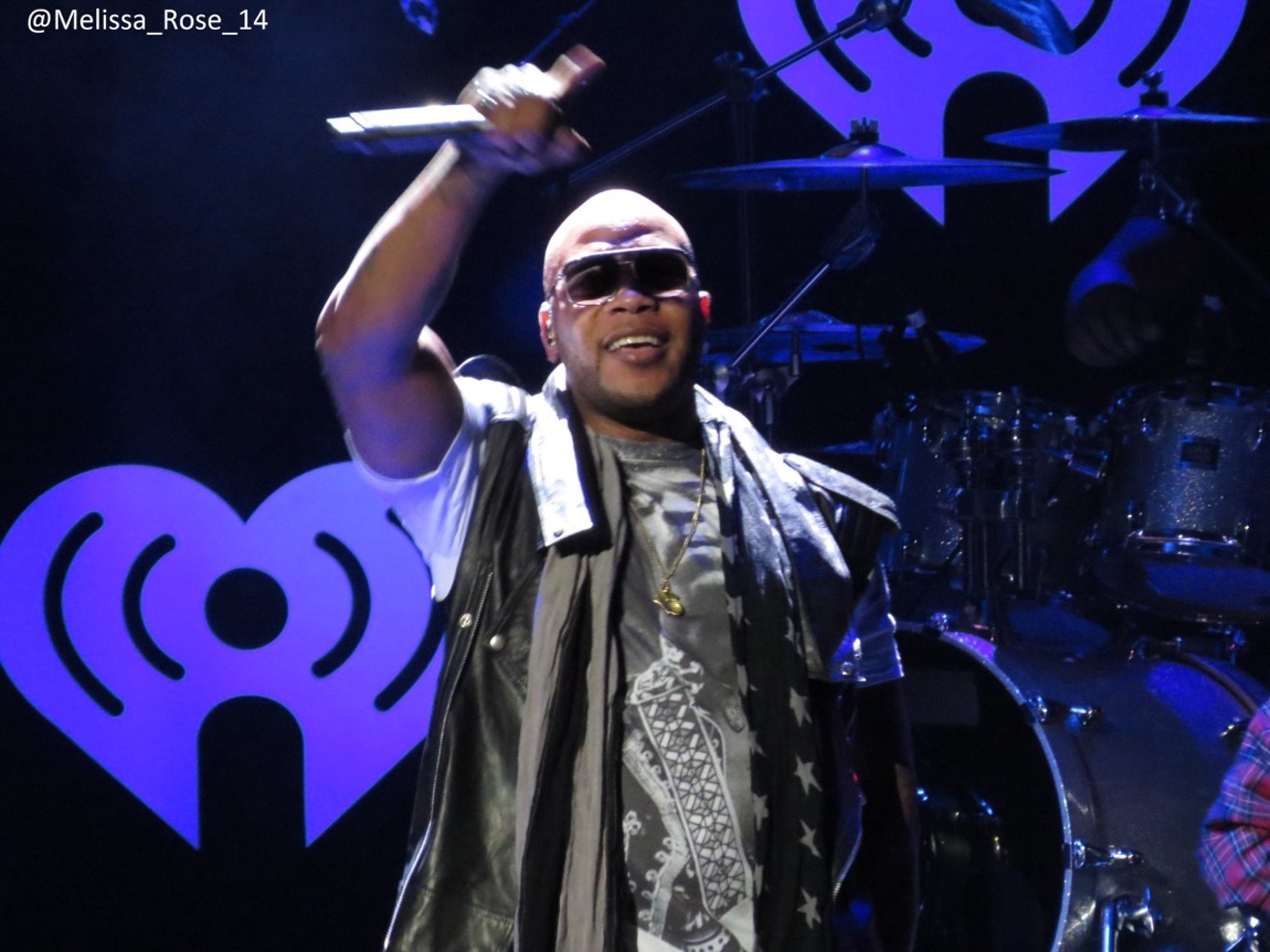 Flo Rida Photo by Melissa Rose/Flickr
After a night of gyrating at the club, a group of Gen Zers and millennials in Flo Rida's "Hola" music video retire from the dancefloor to not-so-conspicuously sip on an energy drink called Celsius Heat. The video, which has racked up some 134 million views, jumpcuts to a shiny can of the beverage between images of Flo Rida and the singer Maluma cozying up to models in Medellín.

The promotion was part of a long-running endorsement deal between Tramar Dillard — better known as the rapper Flo Rida — and beverage maker Celsius Holdings. The collaboration coincided with Celsius' rise from a company on the ropes to a profitable outfit traded on the NASDAQ exchange. Last year, the Boca Raton-based corporation generated $130 million in revenue, largely through sales of caffeine-infused energy drinks.

Dillard, a Carol City native, says Celsius' success should have yielded him a pretty penny as its "global brand ambassador." Although he received some initial compensation from Celsius, he claims many of his royalties and stock bonuses are being withheld.

The rapper filed a lawsuit against Celsius in Broward County circuit court last week, demanding the allegedly unpaid compensation under two endorsement contracts. According to the court documents, Dillard has not received full payment despite having "launched a new era for Celsius brand development, growth and expansion."

The plaintiffs include Dillard, his company Strong Arm Productions USA, and D3M Licensing Group, a Wellington-area company involved in arranging the endorsement deal. Dillard is represented by the Fort Lauderdale law firm of Kelley Uustal. His attorney Cristina Pierson said in a brief statement to New Times that the rapper "opened doors in many different ways" for Celsius, providing the brand with legitimacy that helped secure national distribution deals.

"There's no question he was instrumental in bringing success to the company. He had the international star power," Pierson said. She declined to say how much Dillard is owed.

Celsius Holdings has not responded to a request for comment via email. Calls to its corporate office in Boca Raton were not answered.

According to the lawsuit, Celsius never notified Dillard when it hit sales benchmarks that triggered stock compensation to the rapper. The benchmarks were purportedly outlined in the rapper's first endorsement contract with the company, which was signed in 2014.

Back then, Celsius was trading at less than $1 per share on the over-the-counter market and had annual sales of roughly $15 million. The company's stock value has since blasted off. At the end of January 2020, the share price stood at $5.40; by the time 2021 arrived, it had reached more than $50.

Dillard claims that ongoing royalties owed to him under the 2014 contract and a second contract signed in 2016 have also not been paid. The onus was on Celsius to "properly calculate and pay royalties" since he did not have full access to the company's financial records, he claims.

The lawsuit says that in addition to promoting the brand as a whole, Dillard helped bring Celsius' powdered beverage line to market. One of the products was initially named "Flo Fusion," the court documents note.

According to a Sun Sentinel profile, the Celsius drink concept was created by executive Steve Haley in 2004. It garnered significant investor interest, eventually catching the eye of Carl DeSantis, a wealthy businessman known for building up the vitamin company Rexall Sundown before it sold for $1.8 billion.

After an initial listing on the NASDAQ, Celsius struggled to expand its revenue and turn a profit. Haley's tenure as CEO ended in late 2011, around the time the company was delisted from the exchange.

Investors continued pouring money into Celsius in the years that followed. Celsius sales steadily grew, and the company was relisted on the NASDAQ exchange in the summer of 2017. It began generating a net profit in 2019.

KEEP MIAMI NEW TIMES FREE... Since we started Miami New Times, it has been defined as the free, independent voice of Miami, and we'd like to keep it that way. With local media under siege, it's more important than ever for us to rally support behind funding our local journalism. You can help by participating in our "I Support" program, allowing us to keep offering readers access to our incisive coverage of local news, food and culture with no paywalls.
Make a one-time donation today for as little as $1.
Izzy Kapnick is a freelance writer for Miami New Times, covering environmental law, white-collar crime, and the healthcare industry. He has worked as a legal news reporter in South Florida since 2008.
Contact: Izzy Kapnick