Lolita the killer whale has been living in captivity ever since she was captured from Puget Sound in 1970. Photo by Andy Blackledge
For years, the higher-ups at Miami Seaquarium stated, time and again, that they had no intention of retiring their star performer, Lolita the orca, much less returning the famed killer whale to her native home in the Pacific Northwest.

With new ownership at the helm and the whale in failing health, plans appear to have changed.

In March, after more than 50 years of entertaining audiences, Lolita — or Tokitae, as she is also known  — was officially retired from performing.

Then, in a surprise statement on December 13, CEO Eduardo Albor of the Dolphin Company, Miami Seaquarium’s new owner, reportedly said he and the marine park's staff are "100 percent committed" to efforts to transport Lolita to her native waters near Puget Sound, where she was corralled and captured in 1970.

"It's the right moment, where we sit down and join forces," Albor said during a public conference about Lolita's future.

All would seem hunky-dory, but the reversal must be understood in context. According to the new licensing deal between the U.S. Department of Agriculture (USDA) and the Dolphin Company, Lolita is barred from performing and being exhibited to the public.

Maybe something was wrong with her 35-by-80-foot tank after all?

In order for marine parks, such as Miami Seaquarium, to show whales or porpoises for entertainment purposes, they must first be granted a special exhibitor's license by the USDA — or have existing ones renewed. For this to happen, Lolita's living conditions must meet the minimum standards outlined in the Animal Welfare Act.

An inspector at the USDA appeared to concede in 2017 that Lolita's tank doesn't pass muster for space requirements. The agency stopped short of shutting down the orca show at that time, however. Indeed, if the USDA found the tank to be unsafe after all, it would fly in the face of decades-long commentaries by the agency that the tank is an acceptable living space for Lolita, whose length exceeds 20 feet.

What we know for sure is that, as of this spring, rather than simply grant the Seaquarium a new license to exhibit Lolita, as it usually did, USDA officials issued a decision that resulted in the whale being cut off from public display. It was the first time in more than half a century that the government agency made such a decision.

People for the Ethical Treatment of Animals (PETA) claimed the USDA "was tacitly acknowledging that Lolita's tank could not meet her needs."

Meanwhile, Lolita's health has been deteriorating over the past year as she undergoes monthly independent exams in cooperation with the Florida-based nonprofit Friends of Toki. A November assessment indicated that the whale's "bloodwork parameters continued to decline while displaying abnormalities in her respiratory blow samples." Veterinarians said the whale was receiving an antibiotic to combat a chronic infection along with antifungal medication and anti-inflammatory drugs.

What this all means is that the Dolphin Company not only bought a park with an ailing star performer, but it's also now tasked with looking after the orca. And as you can imagine, killer whales are an expensive bunch to feed and care for. On top of this, Lolita's medical bills cost a small fortune. Her antibiotics are being shipped in from Japan to keep her stable.

It is within this context that the Dolphin Company is displaying a newfound interest in transporting the whale out of the park.

During the December 13 meeting, Dolphin Company chief executive Eduardo Albor maintained that he was looking out for Lolita's welfare, not for his company's bottom line, when he agreed to negotiate Lolita's potential relocation.

Albor said he began considering the whale's conditions last year while performing due diligence for his purchase of the marine park from previous owner Palace Entertainment. While he and his adult daughter were visiting the park, she pointed out Lolita's cramped quarters.

"We go the park, and we go to the Toki show — and I was looking at how many people were enjoying it — and my daughter told me, 'Well, it's a beautiful place, but Dad, she's in a very small pool.' I mean that's sad to see.

"Through this transaction, regardless of my partners, my investors, I said, 'We got to change things,'" Albor added.

Even if the move is more about good business than goodwill, it is a tremendous step in the right direction as far as animal activists are concerned. So much so, in fact, that even some of the Seaquarium’s staunchest critics are taking note.

“We're glad to hear that the Dolphin Company is still committed to moving Lolita after decades of being trapped in the smallest orca tank in the world, and suffering from a respiratory infection for which she remains medicated, and hope to see that happen as soon as possible for her sake,” Jared Goodman, attorney and vice president of PETA, tells New Times.

What’s next for Lolita?

Sacred Sea, an indigenous-led nonprofit, has worked with the Whale Sanctuary Project to develop an operational plan to retire Lolita — or Sk'aliCh'elh-tenaut, as she's natively known — to a sea pen in the Salish Sea. Before such a bicoastal trek can take place, though, Lolita will need to recover from her illness and undergo some sort of transport training.

Lolita is about 56 years old, near the end of her life expectancy, though some female orcas in the wild have been reported to live 80 years.

The longtime Miami Seaquarium resident is one of the oldest captive orcas in the U.S., and without question, time is of the essence. Animal-rights activists claim that if Lolita dies in captivity at this key juncture, especially after years of public protests to free her from her tiny tank, it will be a disgrace for all of Miami.
KEEP MIAMI NEW TIMES FREE... Since we started Miami New Times, it has been defined as the free, independent voice of Miami, and we'd like to keep it that way. With local media under siege, it's more important than ever for us to rally support behind funding our local journalism. You can help by participating in our "I Support" program, allowing us to keep offering readers access to our incisive coverage of local news, food and culture with no paywalls.
Make a one-time donation today for as little as $1. 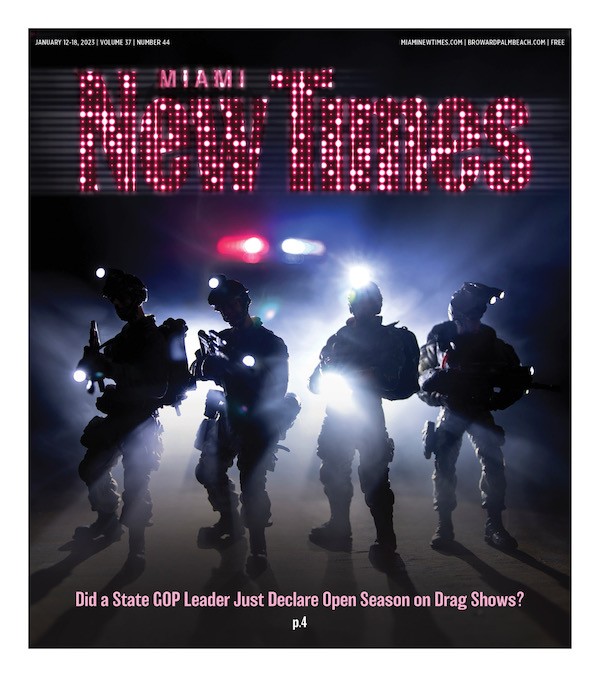