Critics worry that an ordinance Miami Mayor Francis Suarez is sponsoring will render the city's Planning, Zoning & Appeals Board toothless. screengrab via City of Miami
click to enlarge 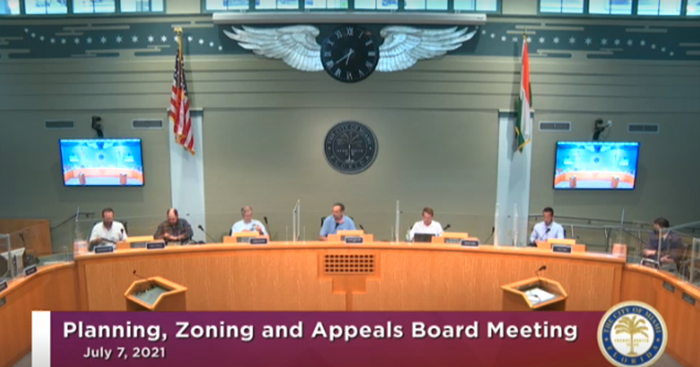 “'Continuances/deferrals by city boards,' to provide for reasonable limitations on continuances and deferrals of items by city boards; containing a severability clause; and providing for an immediate effective date."

But if it’s approved by the commission today on second reading, the new law will drastically limit the power of city advisory boards and grease the skids for developers to have their projects voted upon by the mayor and commission.

The ordinance stands to affect more than two dozen city boards, from Code Enforcement to Historic and Environmental Conservation. But current and former members of the Planning, Zoning & Appeals Board (PZAB) believe it's directly aimed at them in response to the perceived sin of taking too long to approve a massive and controversial development project in Little Haiti.


The current city code contains no express restrictions on the amount of time city boards can take to resolve issues they deem problematic.

The new ordinance, sponsored by Miami Mayor Francis Suarez, would remedy that, allowing boards a maximum of 60 days and, within that time, two postponements, to reach a decision. Once the time's up, the commission will consider the issue regardless of whether the board has forwarded a recommendation.

“This is part of a broader effort to disempower citizen [advisory] boards — and this one, in particular, seems to be focused on cutting the Planning, Zoning & Appeals Board at the knees,” says David Winker, a business attorney and a City of Miami activist. “Sometimes deferring is the only way to get developers to come to the table so the board can do their job.”

Nobody likes bureaucratic red tape. But the PZAB’s role is to give input on development proposals, advise as to whether projects conform to city code, and provide residents with a voice in the evolution of their neighborhood.

If a developer seeks to raze an apartment building and erect a tower with increased density, for example, they need to go through PZAB. The board forwards a thumbs-up or -down to the commission and advises whether amendments to city and zoning codes will be necessary.

Regardless of whether Suarez's proposed ordinance passes, the commission has been and will remain the ultimate arbiter and can take or leave the PZAB's recommendations.

According to a recent Miami Herald story, plans call for demolishing and redeveloping 500 aging apartments in the Design Place complex. In their place, SPV proposes 22 acres' worth of new, more expensive apartments, along with office space, shops, a hotel, and perhaps even a rail station.

The project stands to displace hundreds of Little Haiti residents. 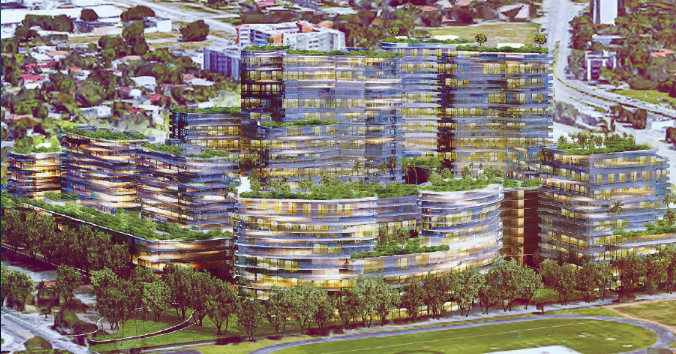 More than three years have passed and PZAB has not forwarded a recommendation to the Miami City Commission on Eastside Ridge, a development project proposed for Little Haiti by New York-based SPV Realty.
screengrab via eastsideridge.com
Althabe, who serves as president of the Biscayne Neighborhoods Association, a group of condo associations and businesses that represents neighborhoods in parts of Midtown and downtown, is leading citizen opposition to Suarez’s proposed ordinance. He emailed thousands of association members and penned letters urging the mayor to withdraw the ordinance and, failing that, for commissioners to vote it down.

“If [Suarez’s] suggestion passes, resident concerns around development will become irrelevant and every development — no matter how outrageous — will be fast-tracked and forwarded to the city commission within 60 days,” Althabe writes in the letter.

Althabe says that in his experience, projects can be approved in 60 days or fewer and move to the commission. It’s the larger development projects that plan to drastically change the fabric of entire neighborhoods, increase traffic, displace residents, and cost millions of dollars that sometimes require additional time for PZAB approval.
click to enlarge 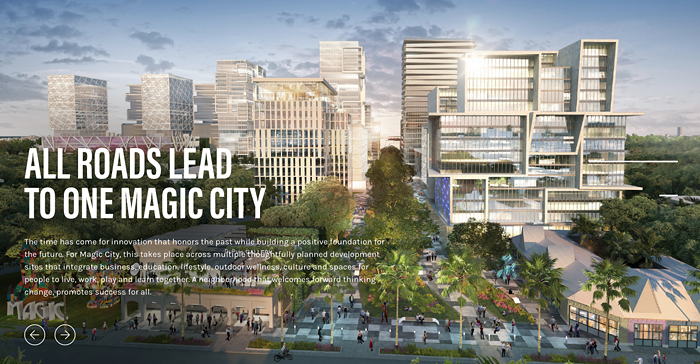 One thing that came out of two-year-long negotiations with developers was a $31 million investment to the Little Haiti Revitalization Trust.
screengrab via magiccitydistrict.com
The Magic City Innovation District, another massive development project that will bring high-rise apartments, shops, restaurants, hotel rooms, and office space to Little Haiti, is one such project. However, Althabe explained, that it took less than 60 days to get PZAB approval because representatives of the development were forthright with impact studies and, most importantly, community outreach.

“The problem with Eastside Ridge was that the developer was absolutely refusing to even meet with the community or address concerns,” Althabe tells New Times.

However, tensions rose on the commission and residents vehemently opposed the Magic City Innovation District, which took two years to gain commission approval. What came out of those protracted negotiations with developers was a $31 million investment in the Little Haiti Revitalization Trust — money that will go toward promoting economic development for residents through job training, affordable housing, and other initiatives.

“The [planning & zoning] board is made up of residents that are volunteering and representing the interests of the citizens,” Althabe says. “It is their mission to request information and make recommendations to have better developments in the city. The power to investigate what a project is bringing to a community should not be eliminated.”'

"The zoning code is a law. And laws only work when people respect them." —Miami PZAB member Anthony "Andy" Parrish

Anthony “Andy” Parrish, a current PZAB member who's careful to emphasize that he’s not speaking on behalf of the board but as a concerned resident and volunteer, says the PZAB's power to defer projects when developers don't deliver on its requests is an important safeguard. He says developers at times will ask the board to give them a no vote rather than a deferral so they can get to the commission faster. He calls the mayor’s proposed legislation "horrible."

"[The board] is an important layer that makes [the city's zoning code] work for the better part of the city," Parrish explains. "The board wasn't designed to fast-track things to the city commission. It's supposed to be a slow, deliberate process. The zoning code is a law. And laws only work when people respect them."

Adam Gersten, owner of the Wynwood bar Gramps and a current PZAB volunteer, says he believes the mayor’s ordinance could protect against over-reliance on deferrals by the board, but he doesn’t think putting a 60-day limit on postponements is the way to go.

“This could hurt the people who need to be heard" when new development comes to their neighborhoods, Gersten argues.

Gersten says that some volunteers on the Planning, Zoning & Appeals Board have said they feel irrelevant and diminished by the commission because the board’s recommendations aren't always taken seriously. In his view, Suarez's new proposal serves to further disempower the board.

Wilkinson Sejour, better known as Chef Creole and president of the Little Haiti Revitalization Trust, believes developers have a responsibility to meet with neighbors in the communities they're building.

"When you come into a community, you need to take into consideration what was there before you," Sejour says. "Will they have programs that will help keep the indigenous community vibrant and viable into the future? There's a number of things that can be done. But that calls for a conversation."

That said, Sejour also thinks the protracted Eastside Ridge negotiations aren't good for the community either. "People are going to get exhausted," he says.

Perhaps 60 days is not sufficient time, but Sejour believes there should be a definitive deadline by which a project must be voted on, whether yes or no.

"This [Eastside Ridge project] has been hanging around for quite some time," Sejour sighs. "And the real dialogue that needs to happen is not really being prioritized."

Editor's note: When the ordinance was debated last Thursday afternoon, commissioners considered the time restrictions for city boards, whether or not they should be indefinite. Every commissioner except for Ken Russell voted to approve the ordinance, but with slight changes.

Instead of 60 days, city boards will be given three months to defer or continue an issue. If needing more time, boards can request two 45-day extensions with the commission’s approval. If the board is still unable to reach a decision after six months, the matter will automatically move to the commission without recommendation.

“I'm not in favor of [the ordinance] as it is,” Russell stated in the meeting. “I want to give them a wider berth, but it's not infinity."
KEEP MIAMI NEW TIMES FREE... Since we started Miami New Times, it has been defined as the free, independent voice of Miami, and we'd like to keep it that way. With local media under siege, it's more important than ever for us to rally support behind funding our local journalism. You can help by participating in our "I Support" program, allowing us to keep offering readers access to our incisive coverage of local news, food and culture with no paywalls.
Make a one-time donation today for as little as $1.