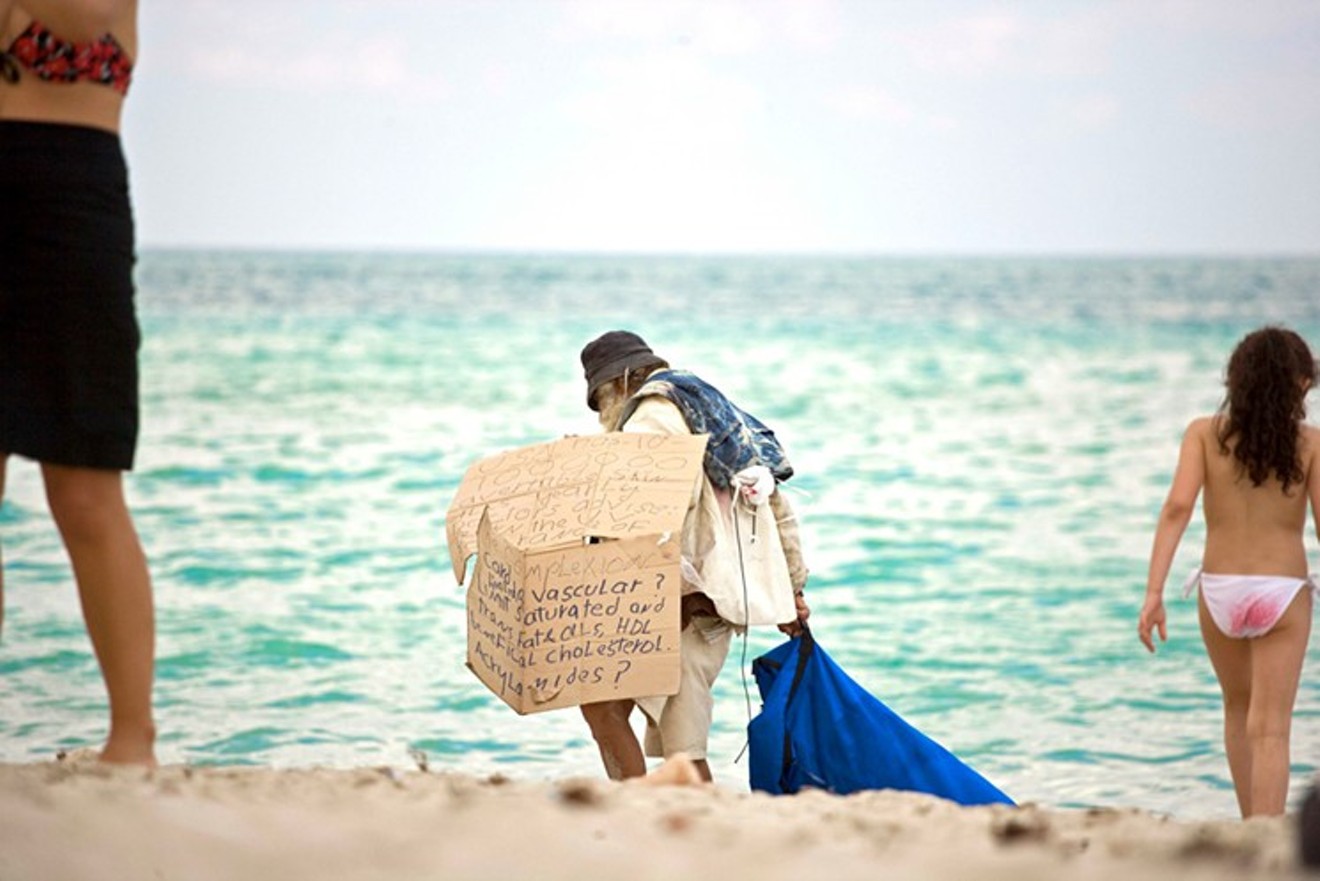 Photo by Craig Allen / Flickr
For years, Miami Beach has operated a homeless outreach office right next to city hall. But advocate Valerie Navarrete says that over the past few months, she heard time and again from homeless people that the office was randomly closed during business hours.

So late last year, she went to see for herself. Arriving at 2:30 p.m. on a weekday, she found the door locked.

"You can't lock the door; it's like locking the door of city hall," says Navarrete, who shot a video as she confronted city officials about the closure. "You lose that opportunity to get people off the streets."

The city's outreach office undoubtedly faces a tough task in finding permanent shelter for hundreds of homeless people, many of whom face serious mental health or substance abuse issues. And several homeless residents told New Times they had received food from the office or gotten help tracking down vital records to obtain new IDs.

But the intermittent closures are one of several complaints that Miami Beach's homeless population has voiced about the city's services. Some say the staff at the office — dubbed "555" in reference to its address at 555 17th St. — is rude or dismissive, while others gripe that wait times are too long. They're just the latest grievances against a city accused of dumping the homeless on the other side of the bay and where police have aggressively used the Marchman Act to commit some street dwellers.

"It's almost like they want you to quit, want you to give up," says Kirby, a Philadelphia native who's been homeless in Miami Beach on and off for the past several years. "You've got to play with their mentality for six months to a year before you get anything."

Maria Ruiz, a city director who oversees the homeless outreach office, denies that her staff is anything but professional and says that the office has had to periodically shut down when too many employees call in sick. After determining that mold inside the building was to blame, the city began mold remediation and has temporarily relocated the office to 1660 Pennsylvania Ave.

Still, members of the city's homeless committee question why it took so long for Ruiz to inform the city of the mold issue and say that the random closures point to a larger problem in how the city addresses its homeless problem.

"It's no different than if you're the building department and you have a contractor go to pull a permit during those hours and they're closed," committee member Calvin Kohli says. "You'd expect that from a mom-and-pop shop, not a city administrative office... If your department can't operate properly, how are you going to cater to the homeless?" 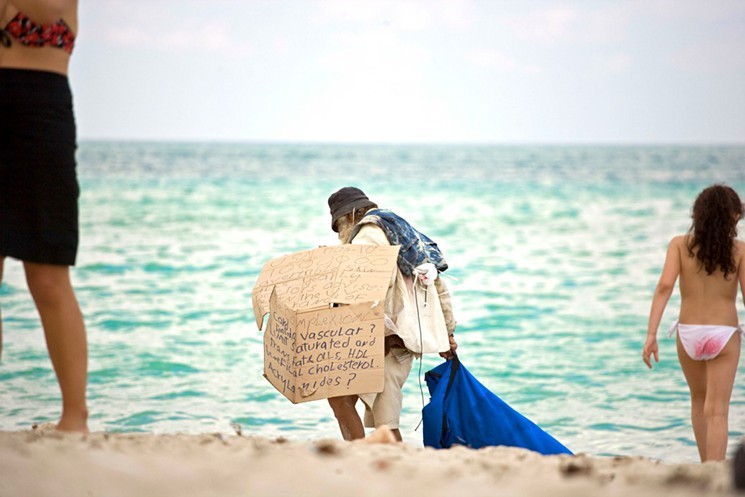 Photo by Craig Allen / Flickr
Beach officials regularly complain that the city's homeless "don't want help." Though Navarrete acknowledges that many homeless people decline the city's services, she says if you ask them why, it's often because they've had a negative experience.

"The example I give to people when I talk to them is that it's the same as an alcoholic walking into an AA meeting. That first step is a very hard step," she says. "If they are mistreated or disrespected or looked down at, they leave, and now they don't want anything to do with this office."

Jerry Blake, a homeless resident who sells coconuts to tourists on the beach, says the city's system "keeps you coming back and back and back and never gets you a bed." On more than one occasion, he's been asked to wait in the lobby hours upon hours for something that should have taken no more than 30 minutes, he says.

"I'll never go there again," he says. "I can't spend the whole day there when I could be making money."

Another former 555 client, Thomas Flaherty, says he was horrified that city workers asked him to prove he was homeless.

"I'm utterly flabbergasted, just shocked, that one of the conditions of helping you is they will come out at night and watch you sleep. The place where you sleep is private," he says. "I've been in homeless shelters up North, in Georgia, in Virginia, Atlanta, and I've never been asked to verify that I'm homeless by proving where I sleep."

The experience was so dehumanizing that Flaherty says he'll never return. "I gave up on 555," he says.

Asked about the requirement, Ruiz says it's true that someone from the city tries to verify whether clients actually live in Miami Beach, though she says it's part of a federal mandate.

"HUD requires that you certify that someone is homeless," she says. "Typically, you have to see them sleeping."

Ruiz says the city's approach is one of tough love, but ultimately shows results. Last year, the office transitioned 197 people into housing on a budget of $1.4 million, she says. This year, the office has relocated 82 people.

"The truth of the matter is, it's our job to say, 'Hey, we do care and you do matter. You shouldn't be living in the streets, you should have meals, you should have clothes, you should have a roof over your head,' but it's got to be done in a way that encourages personal responsibility," she says. "In America, you have to get a job and pay for your meals. Yes, we have support services, but they're not meant to be a way of life."

Ruiz also says she believes the homeless have grown more aggressive and violent over the past decade, requiring the office to employ an armed security guard. But several homeless people New Times spoke with said the guard is surly, making them feel uncomfortable and the office seem unwelcoming.

"We've heard that homeless people are afraid to go to that office," Kohli says. "It's not just the office hours; it's the attitude."

Navarrete says that overall, the city must listen to its homeless residents if it truly wants to make a difference.

"You have to dig and talk to them, and they will tell you," she says. "The little things lead to big consequences, and before you know it, there's a big homeless problem."