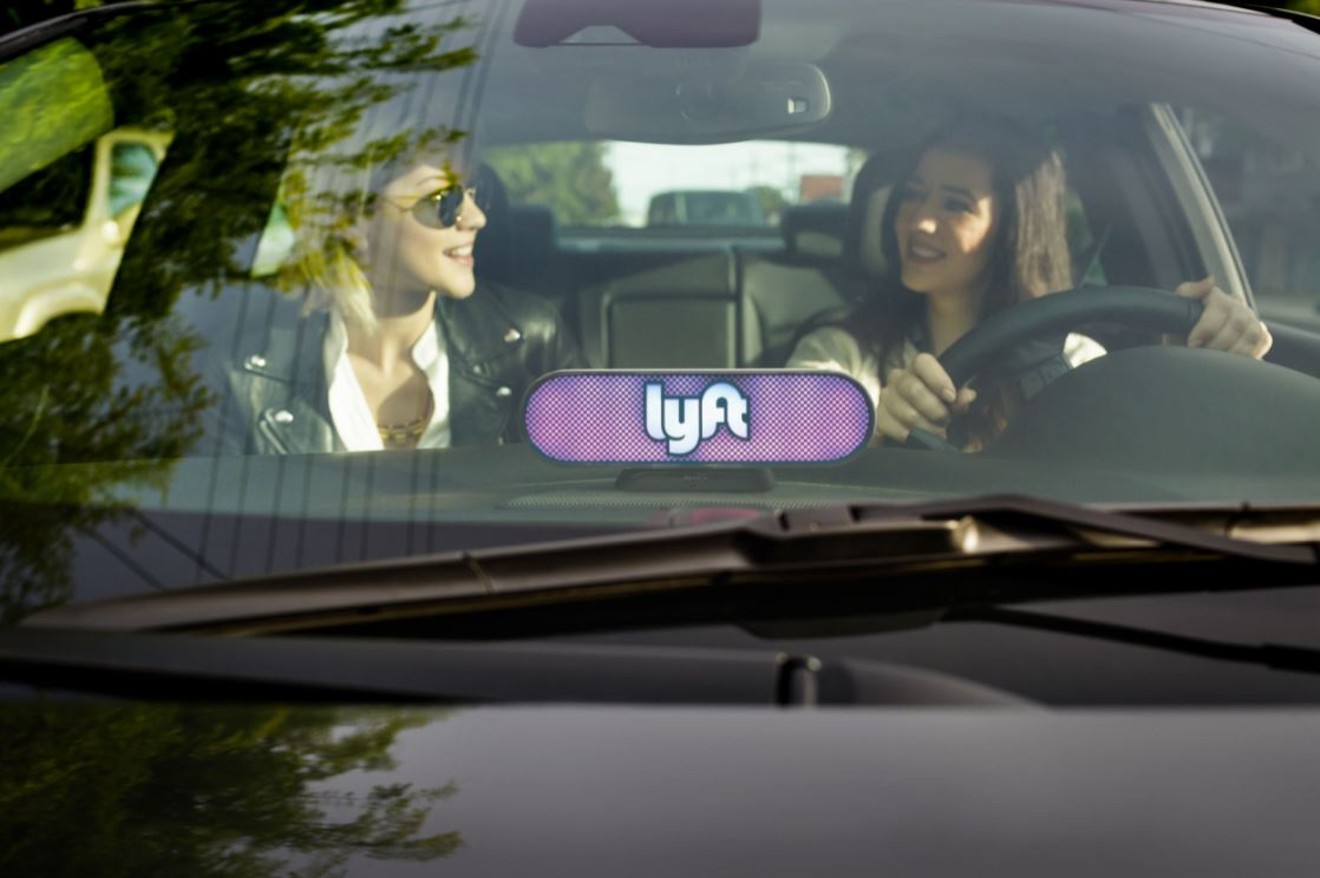 Lyft characterizes its partnership with Duolingo as an opportunity for drivers to advance their careers. Courtesy of Lyft
In Miami, a city where almost 77 percent of people speak a language other than English at home, the language barrier between rideshare drivers and passengers can be pretty real — so real, in fact, that one bilingual Miamian wrote an open letter asking Uber to implement a language option.

Three years after that pitch, there's still no button for English or Spanish on rideshare apps. But the folks at Lyft think they have a solution: another app. The company is offering Miami drivers free access to the ad-free, premium version of Duolingo, a cheaper, modern-day Rosetta Stone that teaches languages through flashcards and quizzes. Lyft says many of its Magic City drivers have said they would benefit from language lessons because they are English-language learners.

"At Lyft, we believe in the power of sharing the ride," the company says in an announcement on its blog. "Sharing the ride isn't just about two people (or more) in a car together, it's about the ability of those people to connect, laugh, tell stories, and share experiences. And, language not only breaks down barriers to communication, it also breaks down barriers to education and professional development opportunities."

In her open letter to Uber, writer Liana Lozada had argued a more practical reason for addressing the language gap: safety. Rather than waxing poetic about connection and laughter, she wrote, "When a rider cannot communicate to a driver how to safely and efficiently get somewhere, we have a problem." Lyft, however, characterizes its partnership with Duolingo as an opportunity for drivers to advance their careers.

"Enrique in Miami has told us that having access to flexible resources to learn English can open doors to new careers and education opportunities," the company's blog says. "Now he can sign up for free access to Duolingo Plus, and take a free Duolingo English Test, which can help him get ahead in his quest for future career possibilities."

Miami is one of six cities where Lyft is offering access to Duolingo Plus, which normally costs $7 a month or $84 a year. (The premium version of Duolingo doesn't have ads and can be used offline.) Drivers in three other cities — Seattle, Houston, and Chicago — can take online and live classes led by community college professors. For some reason, drivers in Miami, New York City, and New Jersey get language lessons only through the app.

Meanwhile, Uber offers top drivers in select cities free online classes at Arizona State University. English as a second language is one of the three most popular programs.
KEEP MIAMI NEW TIMES FREE... Since we started Miami New Times, it has been defined as the free, independent voice of Miami, and we'd like to keep it that way. With local media under siege, it's more important than ever for us to rally support behind funding our local journalism. You can help by participating in our "I Support" program, allowing us to keep offering readers access to our incisive coverage of local news, food and culture with no paywalls.
Make a one-time donation today for as little as $1.