ICE Calls Off Raids During Dorian, Immigrant Advocates Not Taking Any Chances 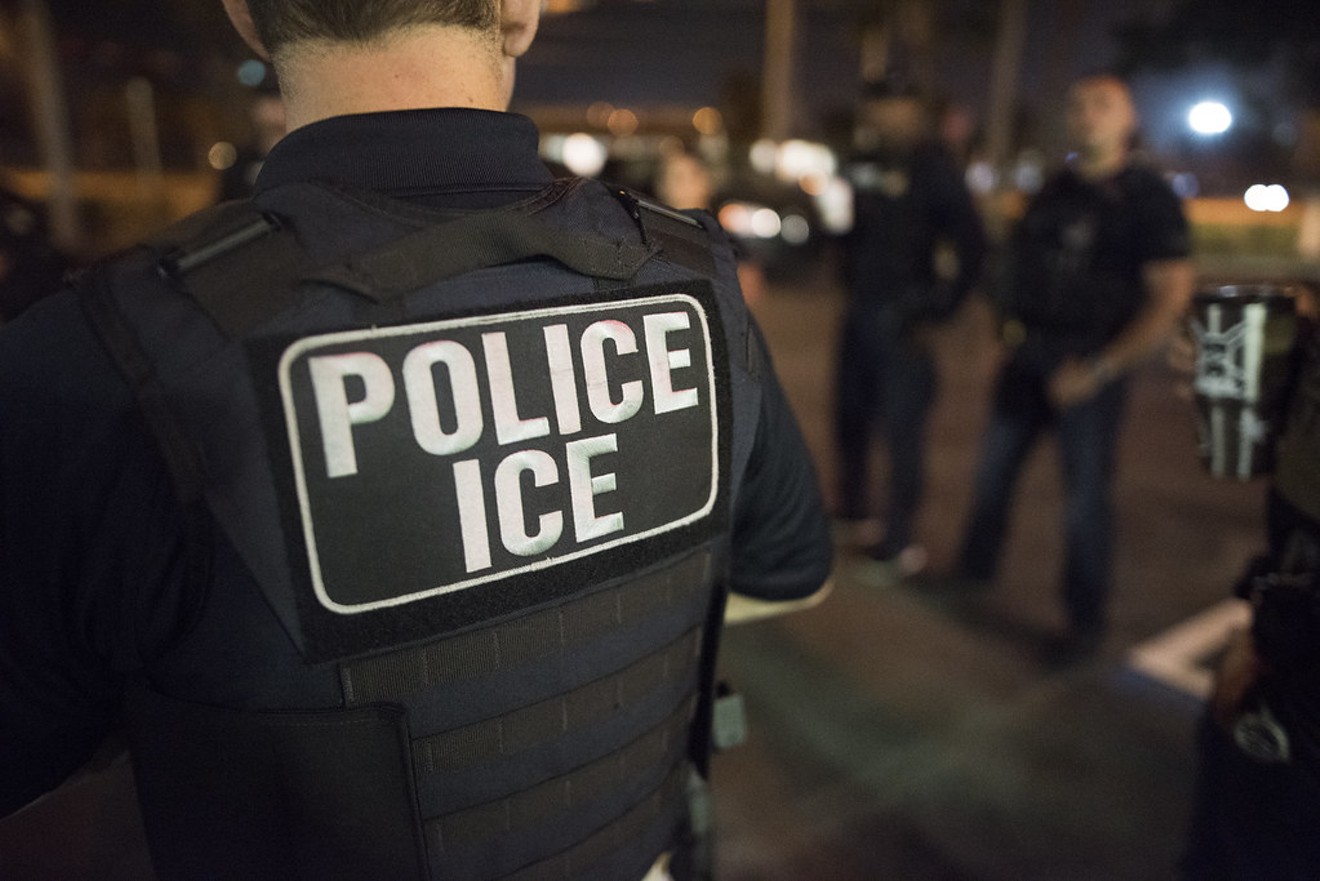 "We are not going out and arresting people while a hurricane approaches," the ICE spokesperson said. "Anyone who says that is spreading false rumors that could endanger people's lives."

ICE has responded similarly to other natural disasters in the past, such as Hurricanes and Michael and Irma. However, when it comes to Dorian, local immigrant advocates say they're not taking any chances in their preparations.

"We're ready for the worst. We don't trust ICE," says Tomas Kennedy, political director of the Florida Immigration Coalition (FLIC). "Of course we think it's good that they say they're taking steps to not enforce in a time of crisis, but they haven't been a good-faith actor in the past. In this moment in time, they're a rogue agency whose word we can't take for anything."

Hurricanes are indiscriminate in their destruction, but how safely one rides them out can depend heavily upon immigration status — or lack thereof.

Undocumented immigrants do not qualify for monetary assistance from the federal government following a natural disaster, although if they have a U.S.-born child, they can apply in their child's name. Even then, many families with undocumented members might not apply for assistance for fear of immigration agents knocking on their door in the future. The same fear exists when it comes to checking into hurricane shelters run by local governments, where checking IDs is a common practice.

To better serve those residents, the nonprofit New Florida Majority has partnered with various organizations, including FLIC, to create local "sanctuary" response centers for undocumented immigrants, queer people, and other populations that might be underserved by conventional hurricane-response efforts. The organization will also establish "community hubs" in various neighborhoods to provide assistance to those who are unable to make it to the response centers in Miami-Dade and Broward Counties. Critically, both the hubs and response centers will open only after Hurricane Dorian has passed. Residents should not expect them to be open as shelters during the hurricane.

The Miami response center will be in the Circle of Brotherhood building at 5120 NW 24th Ave. The Broward response center will make use of the Old Dillard Museum at 1009 NW Fourth St. in Fort Lauderdale. The locations of the community hubs have not been announced yet but will be posted on New Florida Majority's site as the storm moves closer.

"ICE [Immigrations and Customs Enforcement] agents and police officers are not welcome in our spaces if they're looking to do harm," says Valencia Gunder, criminal justice program manager at New Florida Majority.

Despite ICE's promise to lay off during Dorian, FLIC plans to keep open a hotline for undocumented people to report run-ins with federal agents: 1-800-600-5762. In the past, Customs and Border Protection (CBP) has also suspended enforcement activities during natural disasters but has yet to release a statement about Dorian. When Irma hit in 2017, CBP seemingly reneged on its promise to cease arrests by continuing to detain immigrants for days after the announcement.


Are you ready for #HurricaneDorian?

According to Gunder, low-income, undocumented, and older people are usually at the highest risk and the least serviced during hurricanes.

"What we learned in our response to Irma is that poverty does not have a zip code," Gunder says. "Even in affluent areas, you can find underserviced people."

For days, immigrant communities and immigrant advocates have followed updates on Dorian with no small amount of trepidation. New Florida Majority began accepting food, medicine, and monetary donations yesterday for the community effort and will continue doing so until Saturday. Gunder says this hurricane-response effort would be the third such one by her organization. In 2017, during and after Hurricane Irma, 500-plus volunteers with New Florida Majority spread out across Miami-Dade and southern Broward, sometimes going door-to-door to deliver food, ice, and medicine to needy people. Altogether, the effort brought more than $100,000 worth of donations, according to Gunder.

It's still too early to say with certainty whether South Florida can expect a direct hit from the increasingly threatening Dorian, the fourth named storm of the 2019 Atlantic hurricane season, which has already been bumped to a Category 2 and is expected to strengthen further over the coming days. Dorian could reach Category 4 by the time it makes landfall in Florida Monday or Tuesday. Almost the entire state of Florida is in the forecasted cone of concern.
KEEP MIAMI NEW TIMES FREE... Since we started Miami New Times, it has been defined as the free, independent voice of Miami, and we'd like to keep it that way. With local media under siege, it's more important than ever for us to rally support behind funding our local journalism. You can help by participating in our "I Support" program, allowing us to keep offering readers access to our incisive coverage of local news, food and culture with no paywalls.
Make a one-time donation today for as little as $1.