Half of South Florida Gas Stations Already Out of Fuel, GasBuddy Says 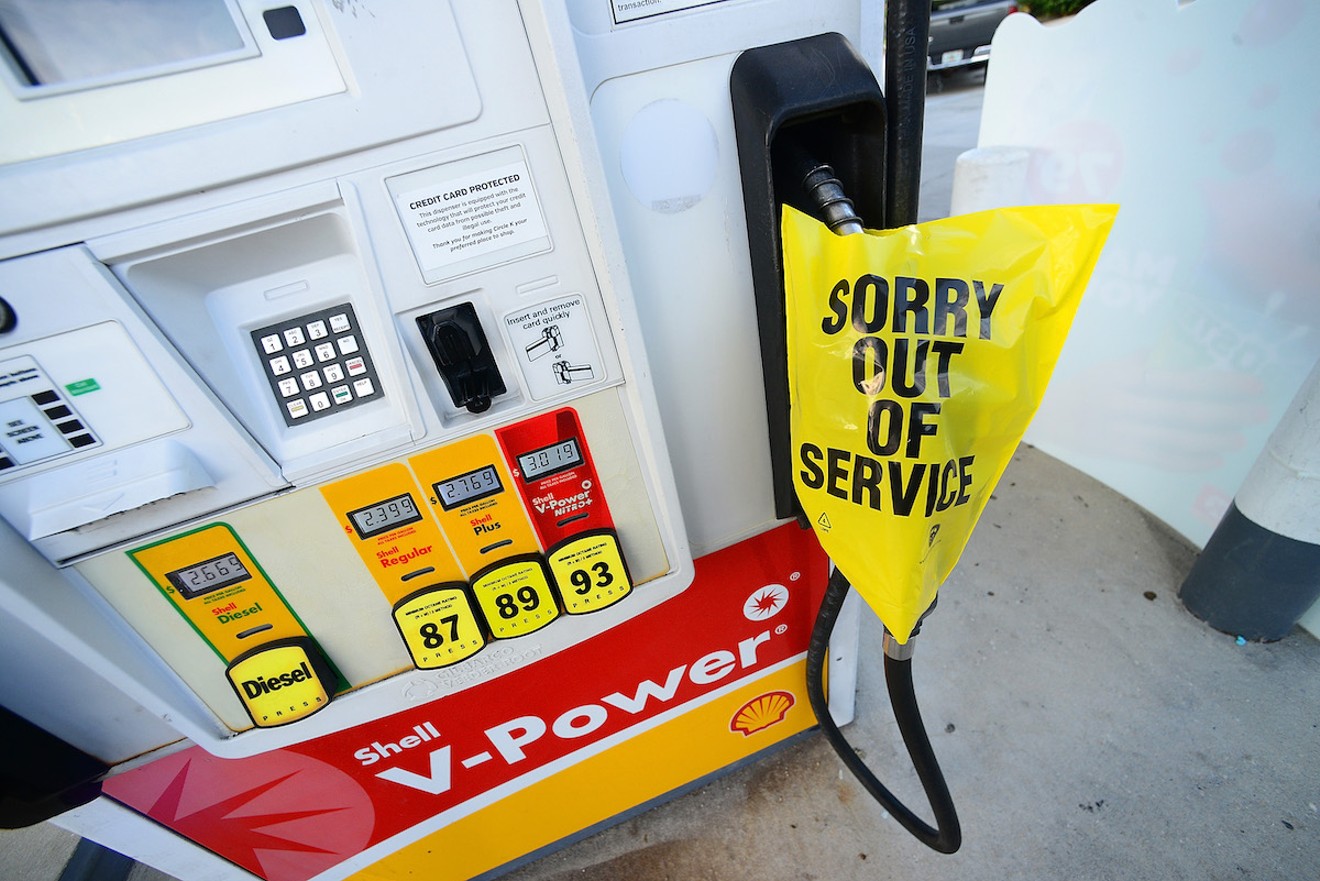 Fuel is running low in South Florida. Photo by Gerardo Mora / Getty Images
Hurricane Dorian isn't supposed to hit Florida until Tuesday. Forecasters still don't even know where the storm will make landfall. But that hasn't stopped Floridians from preparing for the worst: Social media users have already posted images of long lines at grocery stores and barren shelves at home-improvement warehouses.

Now, according to the fuel-price-tracking app GasBuddy, many South Florida gas stations are already running out of fuel. GasBuddy has launched a dedicated webpage to track fuel availability before Dorian. As of 3 p.m. today, more than half of gas stations from West Palm Beach to Miami are already out of gas. The problem is apparently most acute in Miami-Dade and Broward Counties, where 57 percent of stations have already sold out. (Politico first reported the study earlier today.)

Oddly, despite the fact that Dorian could still slice right through Central Florida, Orlando-area residents aren't quite as nuts for gasoline as South Floridians:

Image by GasBuddy
More gas is sure to arrive in South Florida before the storm strikes next week. Gov. Ron DeSantis in a news conference earlier today said his office was working to bring extra gasoline from other states and added that officials are trying to figure out how to ship the gas to Florida's southern cities. In the meantime, some kind folks are at least handing out cafecito to the poor folks stuck in Miami's gas lines:

Too much coffee, however, could have been what sparked a Miamian in 2017 to whip out a gun while waiting for gas before Hurricane Irma. As with many major Miami events, "hurricane prep" also includes bracing to deal with folks who are, ahem, not operating in their right minds. Stay safe out there.
KEEP MIAMI NEW TIMES FREE... Since we started Miami New Times, it has been defined as the free, independent voice of Miami, and we'd like to keep it that way. With local media under siege, it's more important than ever for us to rally support behind funding our local journalism. You can help by participating in our "I Support" program, allowing us to keep offering readers access to our incisive coverage of local news, food and culture with no paywalls.
Make a one-time donation today for as little as $1.