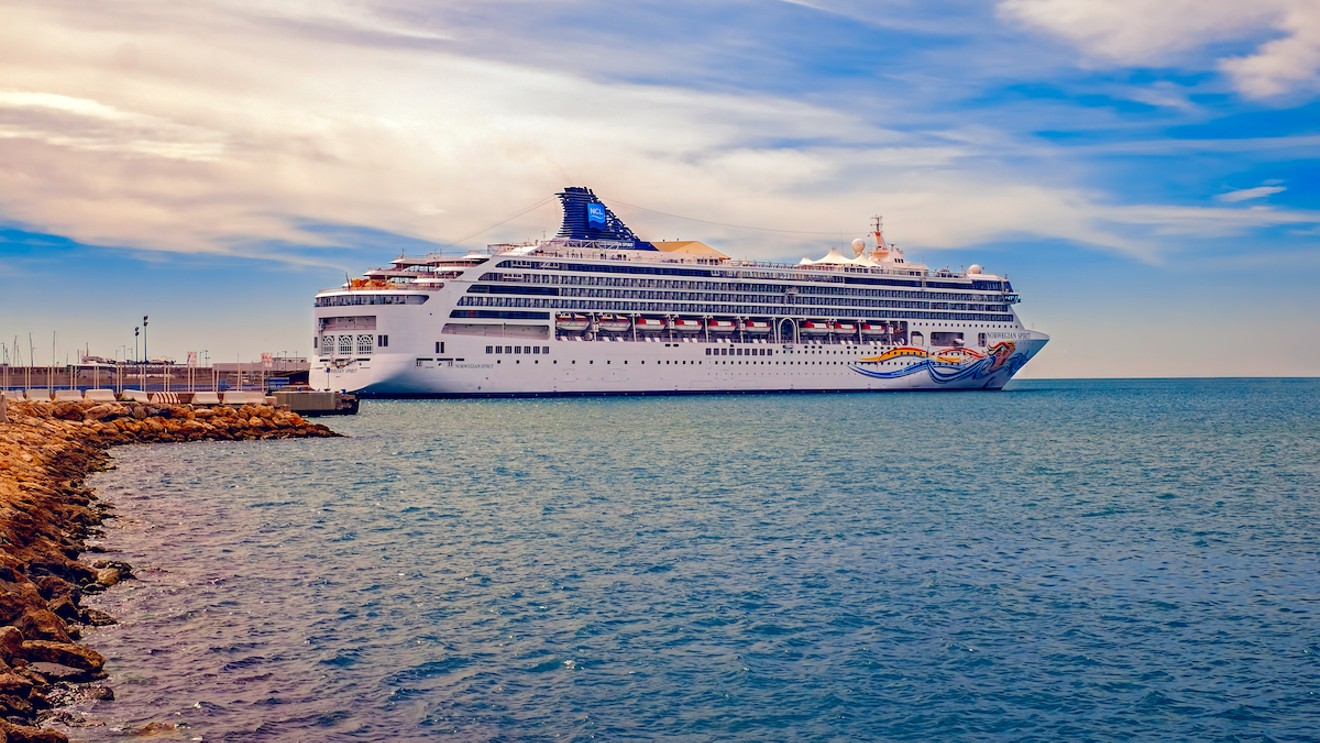 The Norwegian Spirit Photo by Roberto / iStock.com
Cruise ships have long been called floating petri dishes. And COVID-19, the illness caused by the novel coronavirus, means rough seas ahead for the cruise industry.

The State Department over the weekend warned all U.S. citizens, especially those with underlying health conditions, against cruise travel. Such warnings, combined with travelers' fears, are harming one of South Florida's largest industries.

In the wake of the epidemic, a Norwegian Cruise Line (NCL) employee in South Florida tells New Times some managers have asked sales staff to lie to customers about COVID-19 to protect the company's bookings.

"These discussions take place every day. And even during our department meetings, managers tell us that it isn't a big deal, that more people die from other things," says the employee, who asked to remain anonymous for fear of retaliation. "[They're] constantly underestimating it."

Emails leaked to New Times show that a senior sales manager at NCL's Miami office came up with canned responses for the sales team to use if potential customers expressed concerns about COVID-19.

"Team," the email reads in part, "these are one liner's [sic] to help you close your guests that are on the fence. DO NOT USE THESE unless the coronavirus is brought up."

Some of the lines in the script pressure a fictitious customer to book a cruise immediately to avoid paying more later.

"Mr Becker," the line reads, "due to the Coronavirus we have cancelled all of our Asia cruises on the Norwegian Spirit. This has caused a huge surge in demand for all of our other itineraries. I suggest we secure your reservation today to avoid you paying more tomorrow." (News reports, on the other hand, suggest cruise lines are suffering from a spate of canceled trips rather than experiencing high demand. NCL's stock price has fallen more than 35 percent in recent days.)

Other script lines simply reassure customers not to be afraid.

"The only thing you need to worry about for your cruise is do you have enough sunscreen?" one of the suggested talking points reads.

Some of the recommended responses are blatantly false. For instance, cruise bookers were instructed to tell potential customers that coronavirus is not a concern in warm Caribbean climates.

"The Coronavirus can only survive in cold temperatures, so the Caribbean is a fantastic choice for your next cruise," one talking point reads.

"Scientists and medical professionals have confirmed that the warm weather of the spring will be the end of the Coronavirus," reads a second.

Another line says coronavirus "cannot live in the amazingly warm and tropical temperatures that your cruise will be sailing to."

According to the Centers for Disease Control and Prevention (CDC), seasonal flu viruses exist year-round in the United States but are most prevalent in the fall and winter. The common cold is more widespread in winter and spring, although it can also be diagnosed at any time.

Spring typically marks the end of flu season in the States, reportedly because of increasing temperatures and humidity. But scientists and medical experts have said they don't know enough about the new coronavirus to say how it will react to warmer temperatures.

"Hardly anyone in this country has been exposed to the new virus, so there's been no chance to develop immunity," the Los Angeles Times reports. "That means the coronavirus has plenty of opportunity to infect people and get passed along."

Norwegian didn't respond to multiple requests for comment. But after New Times sent those requests, a manager emailed some employees to say this publication was "working on a nasty story" and that the company "won't be responding as agreed" to the request. An employee leaked the email to New Times. The same manager emailed staff saying "the Media is trying to trick employees at cruise lines to say stuff about corona" and warning them to be careful.

Other communications leaked to New Times show the cruise line's managers are trying to find the employee who "ratted and lied" about the company.

It's too soon to know much about COVID-19, such as exact death and survival rates and whether people can develop immunity after recovering from the virus. The vast majority of people who've tested positive for the virus have survived.

Given the uncertainty, the NCL employee who spoke with New Times has concerns about managers spreading misinformation internally. For example, one sales manager sent an article from the website Education Magazine that pushes anti-vaxxer theories and claims that media coverage of pandemics is full of "hidden motives." The article further states the media "often practices Hypodermic Needle Theory to inject messages directly into the brains of a passive audience."

The worker also says NCL seems more concerned about its profits than the health and safety of travelers — and some sales staffers now feel pressured to persuade customers not to cancel their trips. Some customers, despite their worries, have caved and kept their reservations. Many others are canceling cruises even if it means losing thousands of dollars.

The employee who spoke with New Times says they have not personally used any of the "one-liners" with clients because they feel uncomfortable doing so. They spent most of a recent workday taking calls from customers wanting to cancel.

"We are hardly selling anything," the employee says. "Sales are at serious lows."

Members of the sales team lose any commission on a booking if the cruise is canceled, according to the employee. They are required to meet daily quotas — about 150 calls to potential customers, five hours on the phone, and three to five bookings.

"If you don't hit quota, you will absolutely be fired," the employee says. "No exceptions for [the] current virus situation. You may be put on a personal improvement plan for 30 days, but [that] basically means you're done."

The employee says managers are trying to downplay the disruption in sales "at all costs."

Jim Walker, a Miami maritime attorney who writes about the cruise industry, says cruise lines regularly issue talking points to the media, travel agents, and sometimes employees to "put a happy face" on stories during crisis situations. After the Costa Concordia's fatal capsizing in 2012, Walker detailed some of the talking points — and reported misinformation — spread by the cruise industry and travel publications.

Walker says what Norwegian is reportedly asking employees to tell customers about COVID-19 is unethical at best.

"There's a lot of funny business like this that's going on," Walker says. "It's kind of shocking to hear but doesn't particularly surprise me."

President Donald Trump this past Monday said his administration plans to help the cruise and airline industries struggling amid the coronavirus outbreak. But yesterday, Vice President Mike Pence remained mum on the potential bailouts and instead said the administration would review cruise industry proposals about how to improve health and safety plans on ships.

Walker says the cruise industry wants people to believe that now is the best time to go on a cruise and that the industry is taking their concerns seriously. But he doesn't believe that's the case.

"The reality is they've never had good protocols," he says. "They're telling people what they want to hear."

Update, March 12: In a statement to New Times this afternoon, Norwegian Cruise Line wrote: "We remain committed to operating with integrity and providing our guests with the best possible vacation experiences across the globe. We are aware of the article in question and are looking into the matter."
KEEP MIAMI NEW TIMES FREE... Since we started Miami New Times, it has been defined as the free, independent voice of Miami, and we'd like to keep it that way. With local media under siege, it's more important than ever for us to rally support behind funding our local journalism. You can help by participating in our "I Support" program, allowing us to keep offering readers access to our incisive coverage of local news, food and culture with no paywalls.
Make a one-time donation today for as little as $1.