Brightline Is the Deadliest Train Per Mile in America, According to the AP 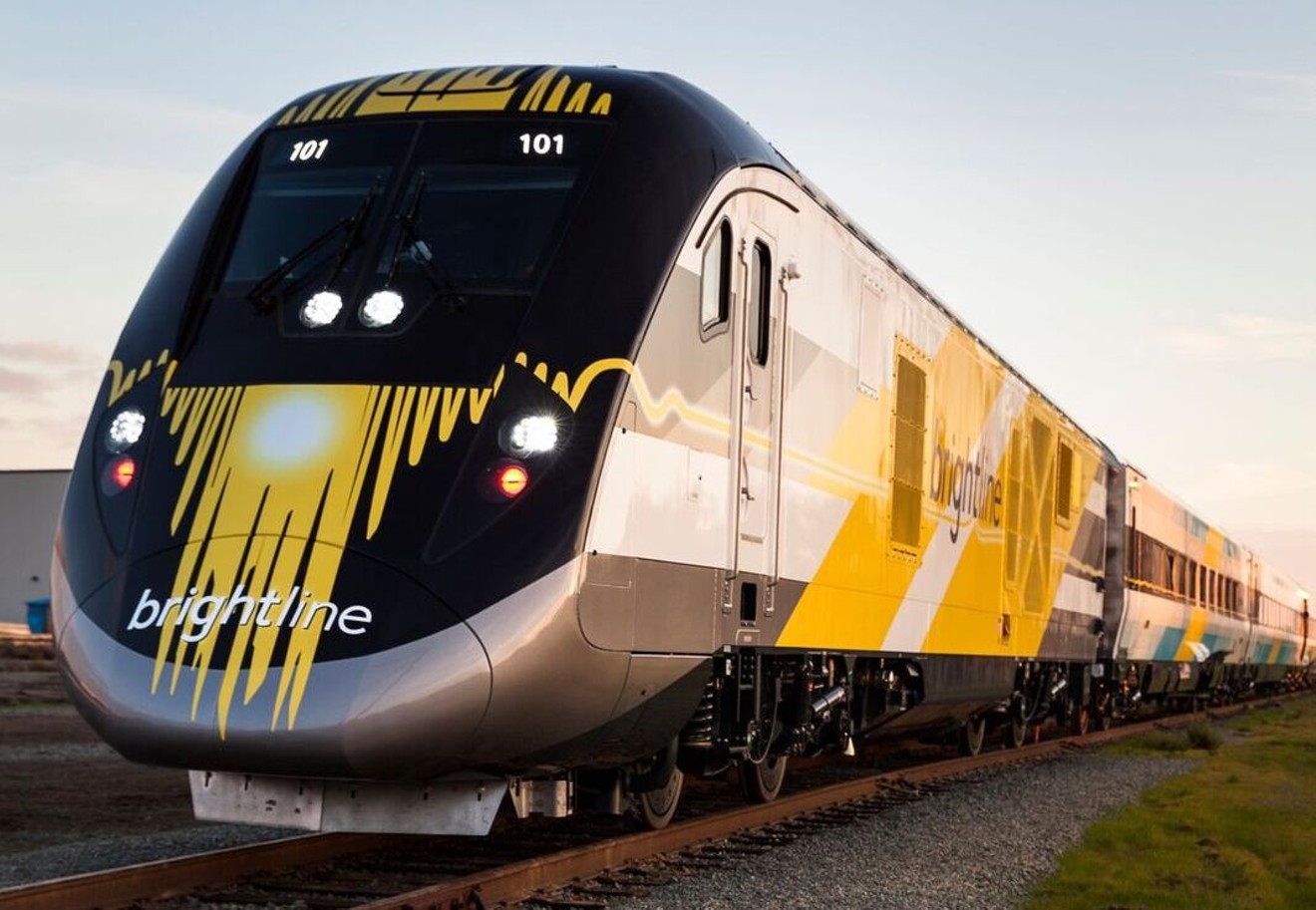 But the company might want to spend a little less time on aesthetics and a little more time ensuring its trains don't kill people. The Associated Press reports that Brightline, in which Richard Branson's company Virgin holds a minority stake and plans to rename "Virgin Trains USA," is the deadliest train system per mile in America.

The AP analyzed Federal Railroad Administration records for the nation's 821 railroads and found that since July 2017, Brightline trains have killed 40 people — about one person a month and one death for every 29,000 miles traveled. Per the AP, most rail lines nationwide average one fatality every 100,000 miles.

For example, the nearby Tri-Rail, which also connects Miami-Dade to Broward and Palm Beach Counties, averages one death per 110,00 miles. Though the Florida East Coast Railway (FEC) uses the same tracks as Brightline, the freight service sees only one death every 160,000 miles because its trains travel at a much slower rate.

Since debuting in July 2017, Brightline has killed people at a constant and startling clip. The service infamously fatally struck someone during its earliest rounds of test runs. Its trains travel nearly 80 mph through some fairly densely populated stretches of South Florida, and many of its railroad crossings do not fully close when trains near. Long stretches of track remain unfenced. But it's been difficult to quantify the seriousness of the issue: The company, for example, claims the vast majority of deaths have been suicides or the result of deliberate trespassing.

But in February, New Times published a long-form feature in which many families of crash victims said they were skeptical many of the fatalities listed as suicides were not in some way Brightline's fault. Anyone trapped on tracks once the gates close can be labeled a trespasser, and many families suspect their dead loved ones simply might have been trying to cross at the wrong time rather than intentionally stopping. On January 17, 2018, for example, 51-year-old Jeffrey King tried to cross train tracks on a bicycle after the gates had closed. He was subsequently struck and killed by a Brightline train but labeled a trespasser in official reports.

Brightline announced additional safety efforts in 2018, but as of this past February, only 67 of the 178 railroad crossings had supplemental or additional safety features. The company has repeatedly argued it should not be forced to pay to improve safety features or conditions at many of its crossings because many local governments already had been using taxpayer funds to maintain the FEC freight lines that Brightline now uses.

The latest AP data, however, is sure to bolster critics' claims that the for-profit rail company needs to do more to keep pedestrians away from its trains. Safety advocates have suggested that adding extra fencing and even hiring crossing guards could help reduce the number of fatalities. The train system has another incentive to take action: Last month, Gov. Ron DeSantis asked the Florida Department of Transportation to look into the issue.
KEEP MIAMI NEW TIMES FREE... Since we started Miami New Times, it has been defined as the free, independent voice of Miami, and we'd like to keep it that way. With local media under siege, it's more important than ever for us to rally support behind funding our local journalism. You can help by participating in our "I Support" program, allowing us to keep offering readers access to our incisive coverage of local news, food and culture with no paywalls.
Make a one-time donation today for as little as $1.