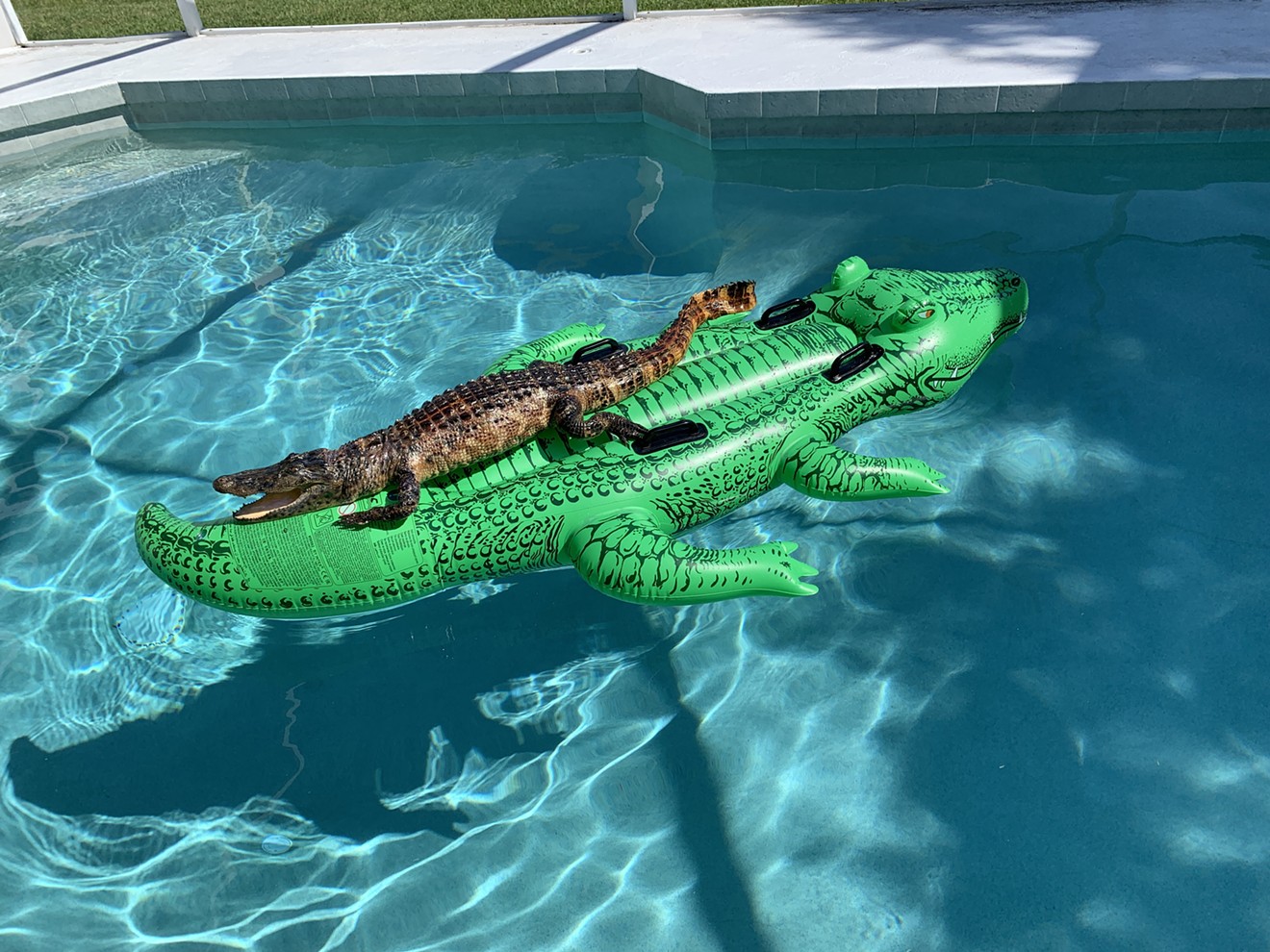 photo by Dave Jacobs
Here are some places in Florida where you can reasonably expect to encounter an alligator: a storm sewer, the end of an airport runway, your local golf course. But this might be a first — while in town for a wedding, Georgia resident Dave Jacobs and his family spotted a gator casually chilling on an alligator-shaped pool float at their Airbnb in South Miami.

Jacobs says his family first spotted the gator in the lake outside of their vacation rental Saturday. The alligator seemed to be taunting their dog, Rascal, who spent the day barking and running around the screened-in pool deck.

"We thought that was pretty cute," Jacobs says. "Then, the next day, it just showed up in the pool." 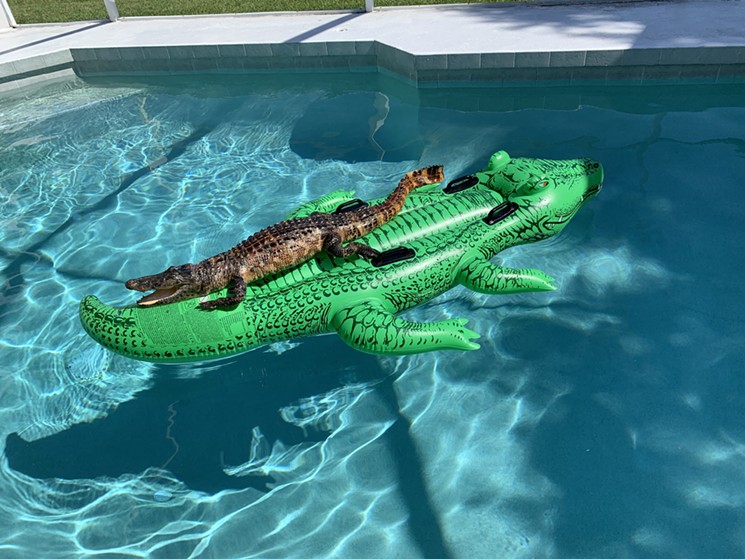 photo by Dave Jacobs
Jacobs' wife called the Airbnb's owner, who contacted someone from wildlife management. Eventually, the gator wrangler was able to fish the reptile out of the pool. He told Jacobs he's been busy lately because it's mating season for alligators.

"I guess it's not that unusual, but it was unusual to me," Jacobs says.

This morning, Jacobs and his family began the long drive home, where at least they'll be able to share some pretty interesting stories about their priceless Florida Man experience.

"We have gators in Georgia, but they're just in areas that are not as populated, like some swamp where no one lives," Jacobs says. "But in Florida, they're just in your neighborhoods."
KEEP MIAMI NEW TIMES FREE... Since we started Miami New Times, it has been defined as the free, independent voice of Miami, and we'd like to keep it that way. With local media under siege, it's more important than ever for us to rally support behind funding our local journalism. You can help by participating in our "I Support" program, allowing us to keep offering readers access to our incisive coverage of local news, food and culture with no paywalls.
Make a one-time donation today for as little as $1.