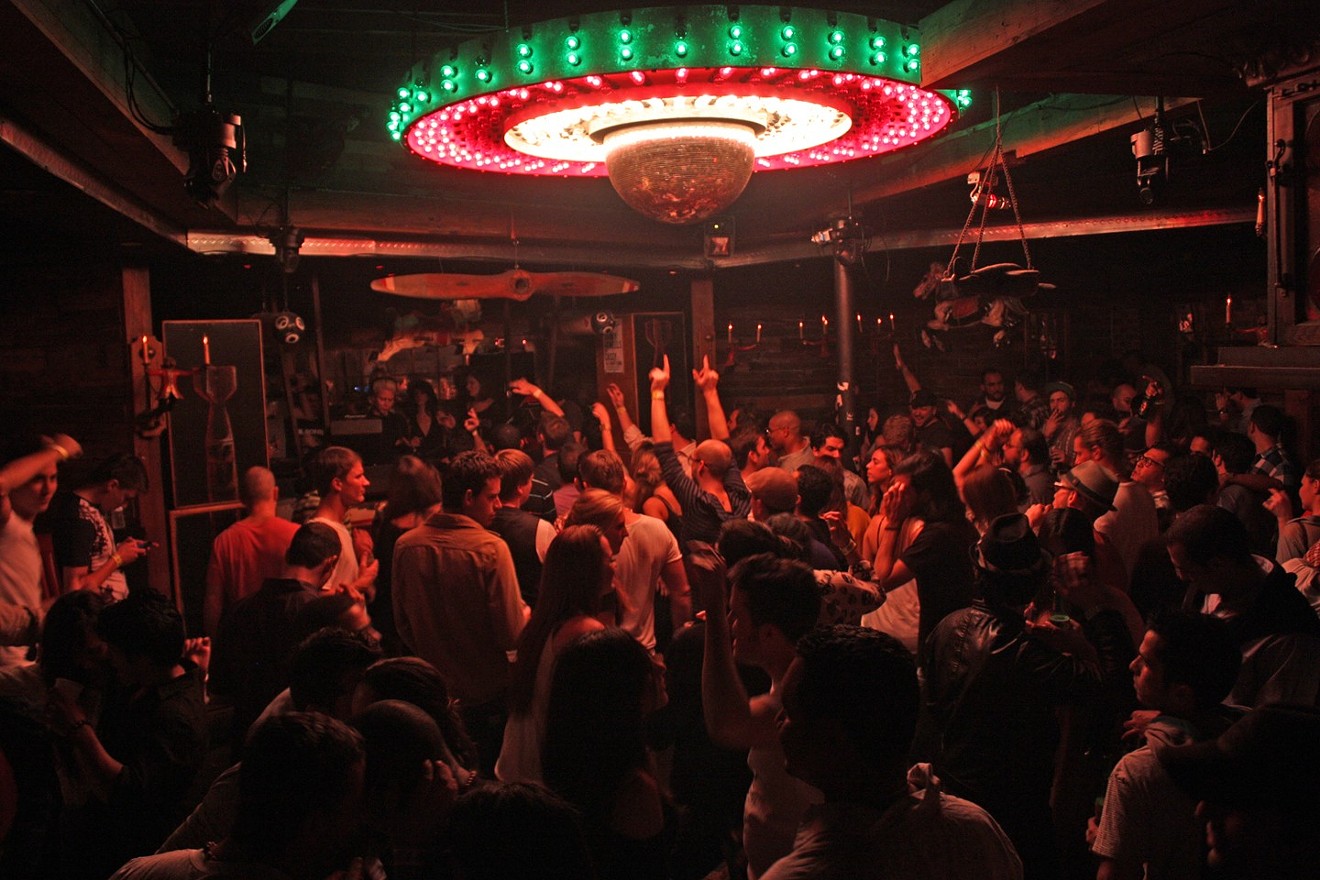 The Electric Pickle will throw its last ball in the Bolero Room next year, in June. Courtesy of Electric Pickle
After nearly ten years of late-night lunacy, the end is in sight for Miami dance institution Electric Pickle.

In a statement posted to social media last Friday, August 3, it was announced the beloved Wynwood nightclub would not be renewing its lease next year and will shut its doors for the final time in June 2019.

The announcement, signed by partners Will Renuart, Tomas Ceddia, and Diego Martinelli, refers to the Pickle as “the little club that could,” and promises that this is not the end for the creative team that helped produce some of the most intimate parties, unforgettable DJ sets, and memorable live shows Miami has seen over the last decade.

“It’s been a crazy ride and we’re not done yet. It’s time for a change,” the statement reads. “We look forward to one more trip around the sun, filled with parties and memories. See you under the disco ball.”

Courtesy of Electric Pickle
The Electric Pickle opened on March 18, 2009, taking the place of short-lived club Circa 28. Over the last nine years, the Pickle has remained afloat on the tides of constantly shifting musical tastes and rampant Wynwood gentrification, carving out a unique reputation in Miami nightlife. The strategy: offering the most fun you’ll ever have on a tiny dance floor.

As recounted in the venue’s six-year retrospective in 2015, Electric Pickle has repeatedly hosted the Miami debuts of artists like Nicolas Jaar and Maceo Plex, who went on to be world-conquering III Points and Ultra Music Festival headliners. Adored indie acts and underground dance heroes including Little Dragon, Solange collaborator Blood Orange, and techno experimentalist Daniel Avery have also performed at the venue.

But Pickle’s popularity has always been about more than star power and name recognition. The venue has always championed good music and distinctive artists above all else. From importing world-class selectors who might not otherwise have had a place to play — such as repeat visitors Optimo and DJ Sprinkles — to celebrating locals with residencies and parties such as the Bolero Ball and the Love Below, the Electric Pickle has fashioned itself into a hub for like-minded weirdos who love to get down.

It won’t be easily replaced.

The Electric Pickle opened a mezcal bar, Melinda’s, on its first floor earlier this year. The club’s next show, Birdsmakingmachine, will take place on Thursday, August 9.
KEEP MIAMI NEW TIMES FREE... Since we started Miami New Times, it has been defined as the free, independent voice of Miami, and we'd like to keep it that way. With local media under siege, it's more important than ever for us to rally support behind funding our local journalism. You can help by participating in our "I Support" program, allowing us to keep offering readers access to our incisive coverage of local news, food and culture with no paywalls.
Make a one-time donation today for as little as $1.