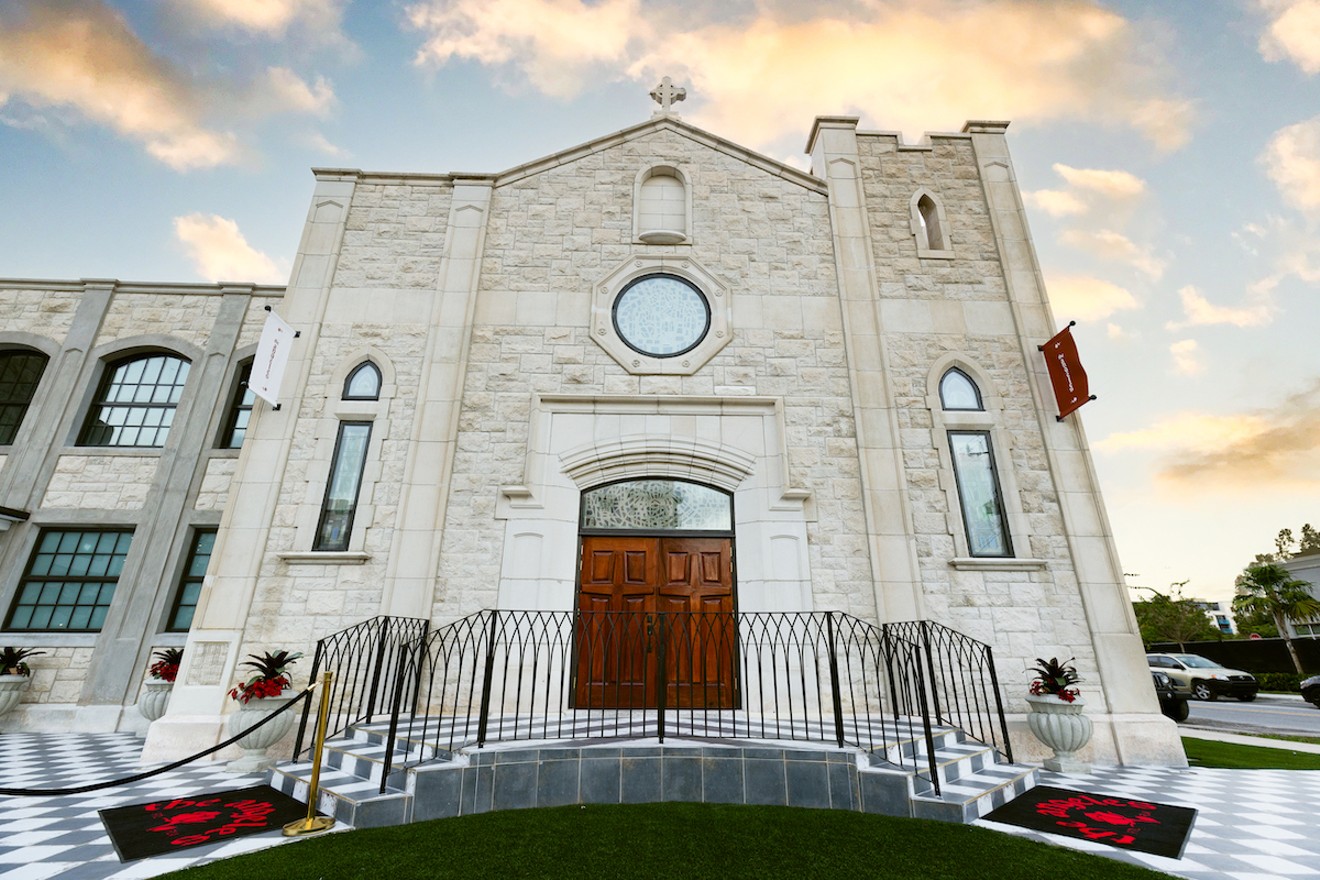 Live music is coming to the Angeles in Fort Lauderdale. MRG Live photo
Hallelujah! Fort Lauderdale is set to gain another concert venue, this time in the form of a church turned nightclub expanding its scope.

The Angeles, owned by Knallhart Management Group, opened its doors in December 2021 as a nightclub alongside the adjacent Holly Blue restaurant in Flagler Village. The venue is set to dabble in live-music experiences in its second year of existence.

To help with bookings, the venue has signed a partnership with promoter MRG Live, one of the largest independent promoters in Canada that regularly secures talent for the likes of the famed Vogue Theatre in Vancouver and Toronto's Biltmore Theatre.

"The Angeles was made to be a nightclub. It's got that spooky ambiance, neon lights, and the right vibe," Sarah Elaz, project coordinator for MRG Live, tells New Times. "So we've gone in and made a few changes to outfit it to make concerts happen." 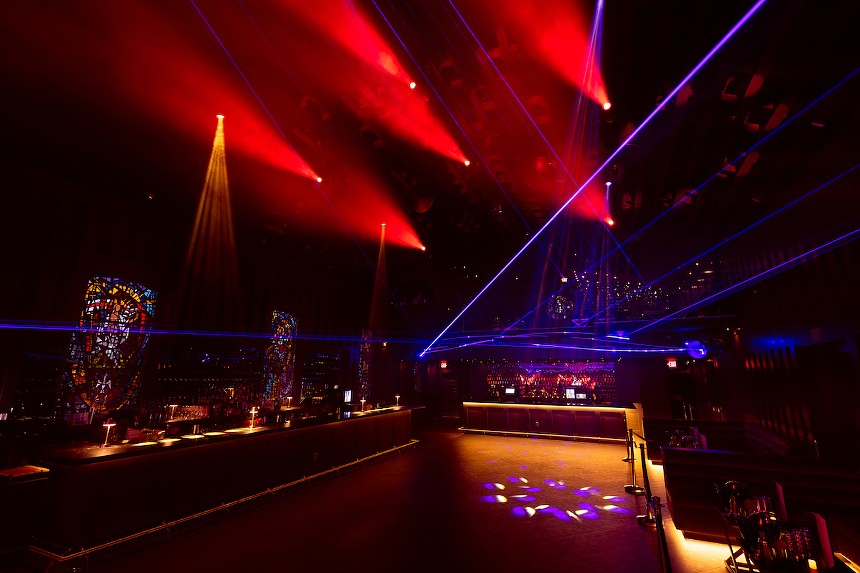 The interior of the Angeles
MRG Live photo
Before becoming the Angeles, the space was the chapel portion of the 125-year-old First Evangelical Lutheran Church complex. In addition to the stone-clad façade, the church's stained-glass windows remain overlooking the dance floor area. The spot can host 500 guests on its main floor and a second-level VIP nook.

Elaz says the most significant changes to the venue will be in its branding, shifting from nightclub-only to focus on a hybrid of DJ engagements, live music, and private events. Physically, the space has extended its stage and enhanced its sound system to accommodate bands.

The venue's first dip into live music came last month, with a show by tribute band Zozo the Ultimate Led Zeppelin Experience, which Elaz called "a success." As of press time, the spot has six shows booked through March, including Brooklyn-based saxophone-rockers Moon Hooch (January 20) and Shane Smith and the Saints (January 29), who recently opened for country megastar Eric Church during his world tour.

"At this stage, we're all about pinpointing what the community really likes," Elaz adds. "We're ready to adapt to hit the mark and will be throwing some spaghetti at the wall to see what sticks."

Beyond the Angeles, Knallhart Management Group also operates several buzzy watering holes and eateries throughout Fort Lauderdale, including Rhythm + Vine and Roxanne's. Once the Angeles gets a steady flow of live music programming, Elaz expects more live experiences booked across Knallhart's other venues.

The Angeles. 441 NE Third Ave., Fort Lauderdale; 954-907-7448; theangelesftl.com.
KEEP MIAMI NEW TIMES FREE... Since we started Miami New Times, it has been defined as the free, independent voice of Miami, and we'd like to keep it that way. With local media under siege, it's more important than ever for us to rally support behind funding our local journalism. You can help by participating in our "I Support" program, allowing us to keep offering readers access to our incisive coverage of local news, food and culture with no paywalls.
Make a one-time donation today for as little as $1.