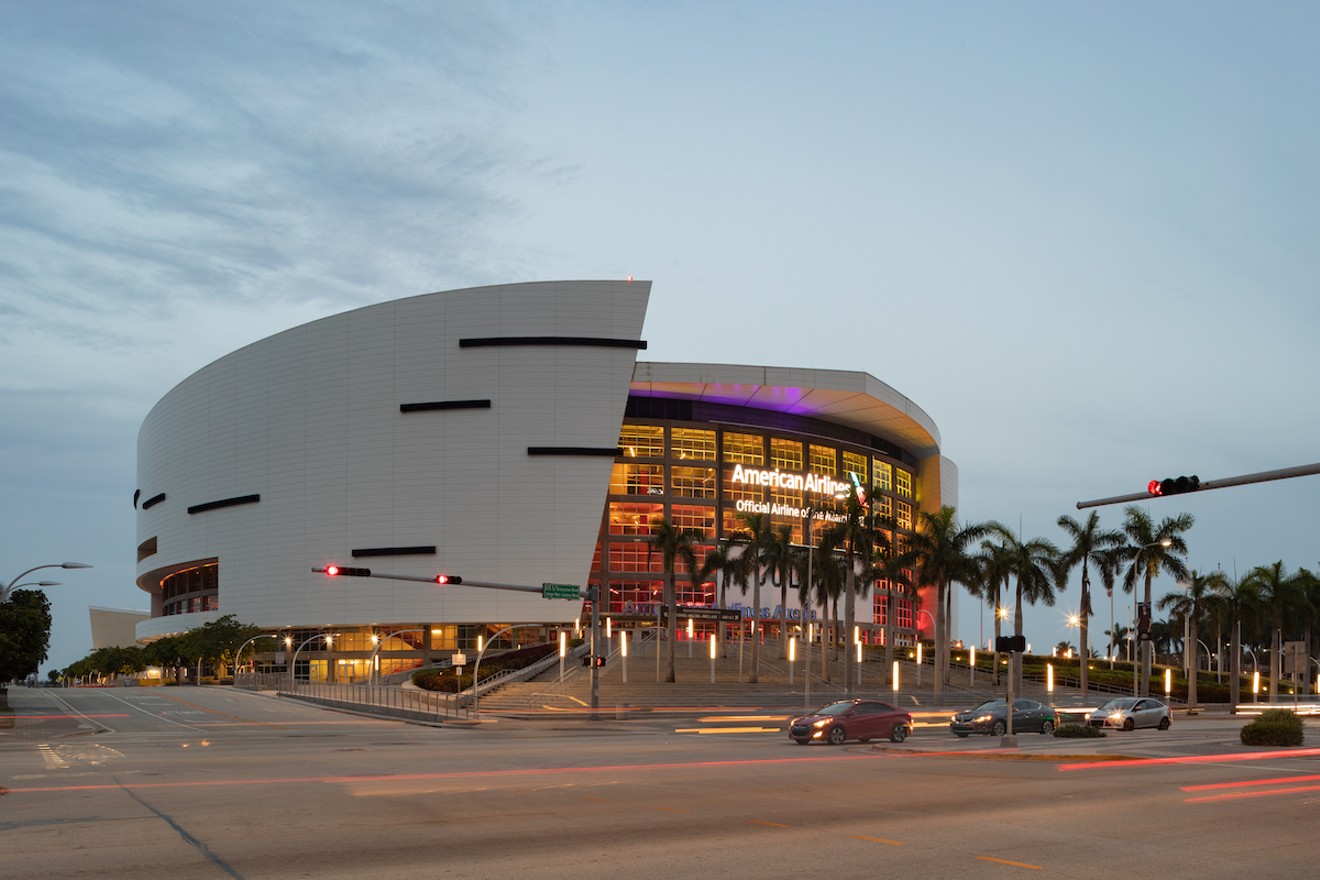 American Airlines Arena Photo by Juan Silva/Getty Images
Looking to capitalize on the pandemic, Miami's Tech Bro in Chief, Mayor Francis Suarez, has been sending thirsty messages to Silicon Valley to DM him if they were musing about relocating to the city — a city that has poor public transportation, a workforce largely dependent on tourism, and an already absurd degree of income inequality.

Those who believe Suarez's PR campaign to transform Miami into a "tech hub" isn't making headway have only to look at the announcement that the American Airlines Arena is changing its name to FTX Arena.

FTX is an upstart cryptocurrency exchange platform that sprung up in Hong Kong in 2018 and as of last year has a stateside trading operation, FTX US.

While Suarez didn't broker the name-rights deal — that responsibility fell to Miami-Dade County — one can't help think he isn't pleased as punch to have a symbol of his efforts smack-dab in the middle of downtown Miami.

American Airlines, which maintains a hub at Miami International Airport, announced in 2019 that it would no longer have its name on the building, opening the door for Miami-Dade County, the arena's owner, to negotiate a lucrative name-rights deal.

At a county commission meeting last Friday, as the Miami Herald reported, commissioners approved a tentative, $135 million, 19-year pact with FTX, wiping away the name residents have come to know since the arena opened its doors in 1999. The agreement marks the crypto industry's first foray into NBA arena sponsorship. At the same commission meeting, Mayor Daniella Levine Cava won approval for the county's $90 million share of the deal to go toward programs that address gun violence and income inequality.

FTX isn't quite ready to paint its logo on the arena roof. The NBA has yet to issue approval for the company's branding to appear during broadcasts, and if that doesn't come through, FTX has the option to withdraw.

The renaming didn't pass without controversy.

"Commissioner René Garcia voted against the proposal, noting the legislation was only made public Thursday evening," the Herald's Douglas Hanks reported. “'I want to show a united front. I really do,' he said. 'But the way this was brought to the county commission was wrong.'”

The sole Miami-Dade resident who came forward during the public-comment period noted that cryptocurrencies tend to evade regulation and abet money laundering.

The arena has been home to the Miami Heat since its opening. Music fans have also known it as one of the best venues in South Florida to see large-scale concerts. Taylor Swift, Lady Gaga, Radiohead, the Killers, J Balvin, Adele, Beyoncé, Kanye West, and many other top-tier acts have performed at the bayfront building.

The name change won't change any of that — the Heat will continue to play there, and the concerts — post-pandemic, anyway — will go on. But the days of calling it the Triple-A will soon be over.
KEEP MIAMI NEW TIMES FREE... Since we started Miami New Times, it has been defined as the free, independent voice of Miami, and we'd like to keep it that way. With local media under siege, it's more important than ever for us to rally support behind funding our local journalism. You can help by participating in our "I Support" program, allowing us to keep offering readers access to our incisive coverage of local news, food and culture with no paywalls.
Make a one-time donation today for as little as $1.