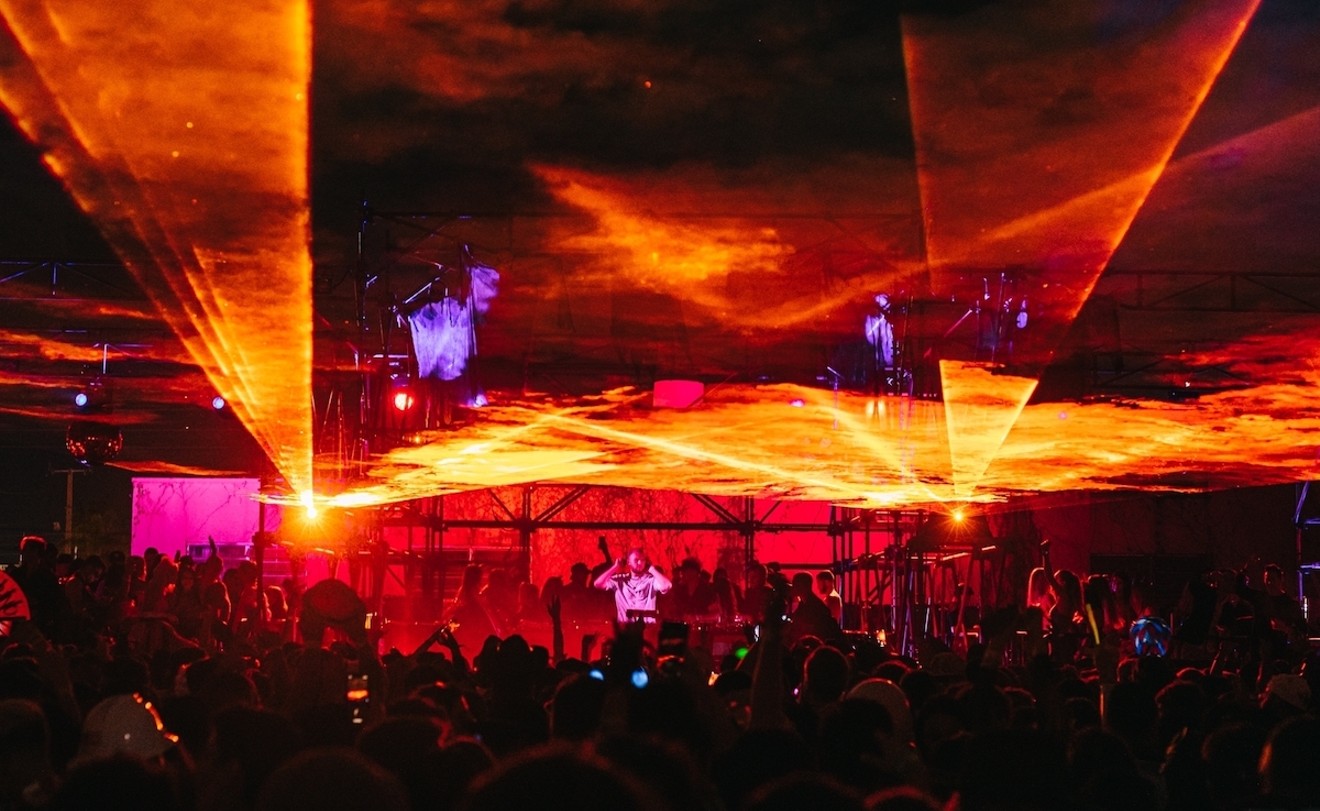 The party returns this Halloween weekend, October 28-30, with another packed lineup of DJs. Gorgon City, Claptone, Sofi Tukker, Jamie Jones, the Martinez Brothers, Damian Lazarus, Dubfire, Fisher, and Loco Dice are just some of the acts on this year's bill. The event will feature two stages, Infinity Room and Espacio Próximo, spread throughout the Factory Town space.

"Last year, Hocus Pocus was the first time we ever activated Factory Town," says Coloma Kaboomsky,  the founder of Link Miami Rebels and a partner in Club Space. "After a year, we've been working a lot on the property. There are a lot more trees. We understand how the property works in regard to the door and flow of people. It's not going to be as experimental as it was the first time around."

If you have yet to stop by the venue, think of it as somewhat akin to Berlin's Berghain, which is housed in a former heating plant built in 1953 in the German capital. Factory Town sits in an industrial park at the edge of Hialeah. It's already hosted a handful of events, including Miami Art Week parties and the must-attend Get Lost 24-hour party during Miami Music Week.

Save for some sound issues that caused residents as far as sleepy suburb Miami Springs to complain about the noise (the team quickly addressed that), the venue has brought attention to an area home to mostly junkyards.

For the second edition of Hocus Pocus, Kaboomsky hopes attendees see how far the venue has come since its debut last year, including a cypress dome that provides natural cooling and groundwater filtration and a production level that matches Link Miami Rebel's previous outdoor events.

Still, Kaboomsky is excited about the lineup taking over the venue. He points to acts that most people aren't perhaps familiar with yet, but he's excited about, like German producer Len Faki, who he refers to as a  "techno god"; "up-and-coming techno royalty" Indira Paganotto; the "sophisticated talent" of Recondite; and Israeli producer Mita Gami, who Kaboomsky warns is putting some of the best house music out there today.

If the lineup is enough to entice you to attend, there's also a costume contest, where the first-place prize is access to Club Space for a year.

"On the broader perspective, Halloween is a very competitive party holiday in the nation. When you talk about the major cities in the U.S., Miami hasn't been thought of as a destination for Halloween," Kaboomsky explains. He is hoping to change that perception with Hocus Pocus. Photo courtesy of Club Space
Hocus Pocus. Friday, October 28, through Sunday, October 30, at Factory Town, 4800 NW 37th Ave., Hialeah. Tickets cost $82.11 to $225.93 via dice.fm.
KEEP MIAMI NEW TIMES FREE... Since we started Miami New Times, it has been defined as the free, independent voice of Miami, and we'd like to keep it that way. With local media under siege, it's more important than ever for us to rally support behind funding our local journalism. You can help by participating in our "I Support" program, allowing us to keep offering readers access to our incisive coverage of local news, food and culture with no paywalls.
Make a one-time donation today for as little as $1.