After hosting a rager at her $6.7 million Miami condo during Miami Hack Week — complete with lemurs, tech bros, and one massive snake — tech developer-turned-investor Lucy Guo tweeted a scathing letter she received from her homeowners' association that detailed how the party spiraled out of control and violated a handful of rules. "My HOA did not appreciate my Miami Hack Week party and the wild animals," she wrote in the since-deleted tweet, which included the note from One Thousand Museum Inc., the private corporation that enforces the bylaws at the striking 62-story luxury high-rise where Guo resides. After laying out Guo's various alleged offenses, the pissed-off association concluded, "All while your Instagram account provides evidence of the events of the night and your brazen attitude toward the Association's policies are reflected in the caption of your Instagram Story "MY HOA HATES ME."

$800,000 for that shithole? That's pretty much the entire premise of Menephta Fernandez's darkly hilarious TikTok videos. The self-appointed chisme real estate critic provides ruthless takedowns of the most indefensible listings on Miami Zillow. $625,000 for a log cabin in Biscayne Park that "might be" made of Dade County pine? Sure. $1.9 milli for a geodesic dome with a pink bathtub in North Miami Beach? OK. $895,000 for a Pinecrest home with shag carpet and an avocado-colored dishwasher? That's the market, baby! South Florida real estate agents are already freaking out about Fernandez's videos — at least one has objected to her use of "private" photos. "The MLS is not the Illumi-fucking-nati!" Fernandez clapped back. Then she let out her signature cackle — and kept recording. 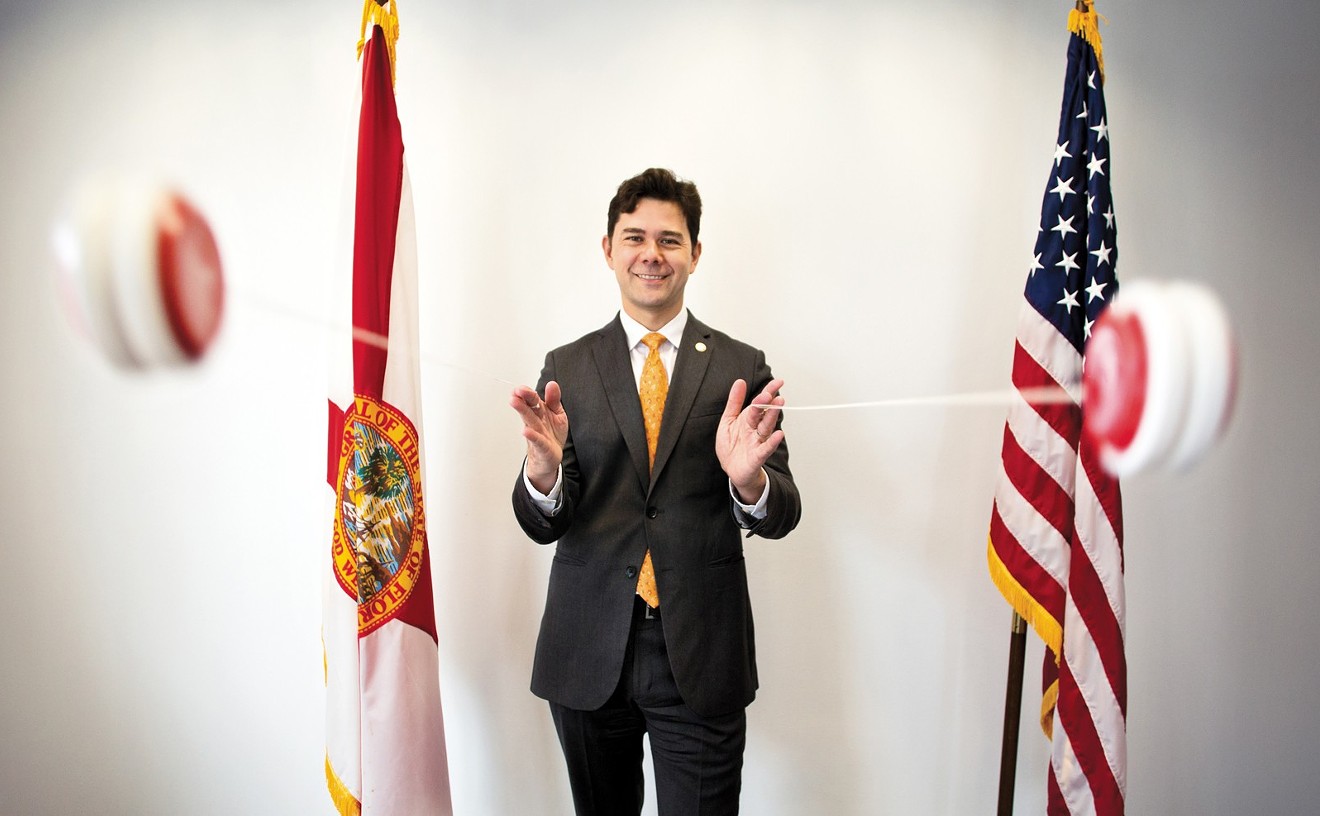 Miami City Commissioner Ken Russell may have lost some fans in Miami following a swing vote that cinched approval of the contentious Inter Miami FC stadium project, but he has no shortage of TikTok followers. The former international yo-yo champ-turned-politico, who recently pivoted from the U.S. Senate primary race to a run for Congress, shares daily clips on his account @kenforflorida that cover everything from cannabis policy to how to solve a Rubik's cube with one hand. Despite occasionally giving off "How do you do, fellow kids" meme energy in his videos, which usually are taken in selfie mode and follow popular TikTok trends, Russell actually seems to be engaging community members on topical issues like medical marijuana, police reform, and the rent being too damn high. As of late May, he'd amassed more than 250,000 followers.

With its postcard-perfect images of the Brickell skyline and art deco buildings, Miami has long been ready for its close-up. But no one has shot the city more intimately than artist, photographer, and graphic designer Laura Paresky Gould, who runs the popular Miami Color Theory Instagram account, launched in January 2021. Using just her iPhone and a drone, Paresky Gould captures the colorful shapes and shadows of the city's unique architecture and composes them as if they were works of modern, abstract art. For example, at first glance, the bright orange eyebrow of a South Beach apartment and the worm's-eye-view of a Brickell skyscraper take on the geometry of a Mondrian painting. It's this perspective — exaggerating the smallest of details — that often stumps locals, who then peek at the comments to figure out what they're actually looking at.

A year ago, Eliana Salzhauer might have been named "Best Politician." She was then an elected commissioner in Surfside during the town's most trying time — the aftermath of the Champlain Towers condo collapse. But her true calling at city hall was holding developers at bay while acting as the chief dissenter to Mayor Charles Burkett, whom she (in)famously flipped the double bird during a Zoom meeting in 2020. Then came the elections in March, and both she and her nemesis lost their seats in a near clean sweep by newcomers. After the loss, Salzhauer indicated that she wanted to take a break from city meetings, but that turned out to be impossible. "I don't have the ability to take it easy when someone is taking a shit in my living room," she said with characteristic bluntness. Salzhauer says the new slate of commissioners is more pro-development than ever, especially the new vice mayor, Jeffrey Rose, a prominent home builder in the sleepy seaside burg just north of Miami Beach. So Salzhauer is bird-dogging the new commission like never before, calling out every potential conflict of interest and attempt to skirt setback rules or height limits. "They just put this entire town in a cage with the snake and nobody wants to look," she says. Her efforts and means may not always be polite or popular, but Surfside, you want her on that wall, you need her on that wall.

When resident demagogue Ron DeSantis announced, in the midst of our national gun-violence epidemic, that he wanted to make it legal for basically any yahoo to pack heat in public without a permit, it was gubernatorial candidate Nikki Fried who immediately smacked him down. "This is absurd political pandering from the governor of a state that has experienced some of the worst mass shootings in our country's history, in a nation where we have the highest rates of gun violence in the world," she stated. On the same day, Fried, using her power as the state's commissioner of agriculture and consumer affairs, suspended the concealed-weapons permits of seven January 6 insurrectionists. Need more convincing? How about someone who denied DeSantis' order to lower state flags to half-mast when corrosive hate-talker Rush Limbaugh passed on to Hell? She did that, too. Someone who's leading the charge on adult-use cannabis, you say? Check. The big question now is whether she can beat Charlie Crist, the all-time king of showing up, to secure the Democratic nomination for governor and square off against DeSantis one on one. It's a major task, but remember that back in 2018, she beat a rifle-toting Republican to become the only Democrat to be elected statewide. Translation: She has surprised before. 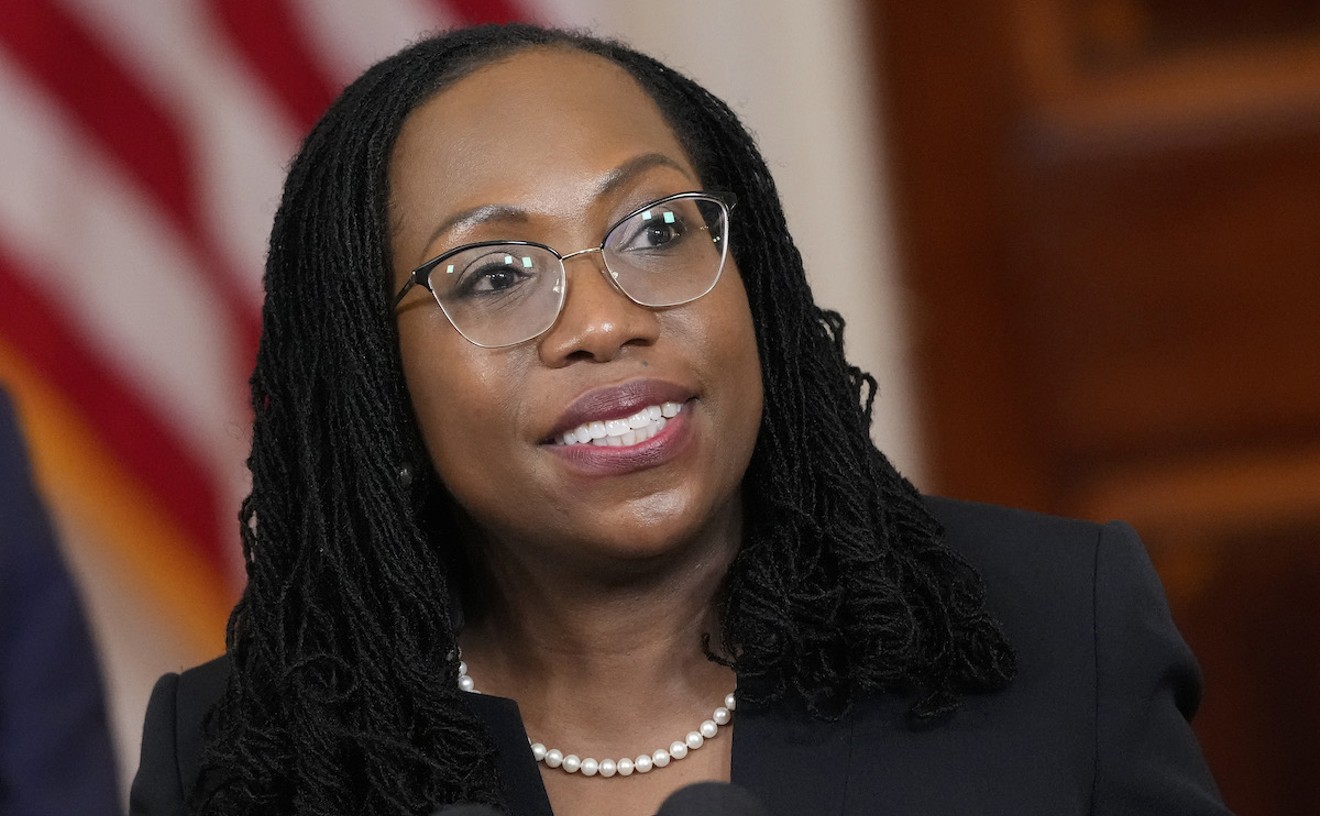 Ketanji Brown Jackson hasn't just made good, she's made history. In fact, no South Florida girl or boy has made a more profound mark on history. Yes, the late great Janet Reno, the first woman to serve as U.S. Attorney General, comes close. But to be the first Black woman named to the U.S. Supreme Court? Epic. And awe-inspiring. Jackson was born in Washington, D.C., but she grew up in Miami and her roots here run deeper than a live oak's. Johnny Brown, her father, was the lead attorney for the Miami-Dade school board; her mother, Ellery Brown, served as principal of the New World School of Arts. An uncle, Calvin Ross, was a Miami police chief. Jackson herself graduated from Miami Palmetto Senior High School, class of 1988. Not surprisingly, she's remembered by many as highly driven during her South Florida youth and made good during her senior year when she won the national oratory championship. From there it was on to Harvard — and now, history. 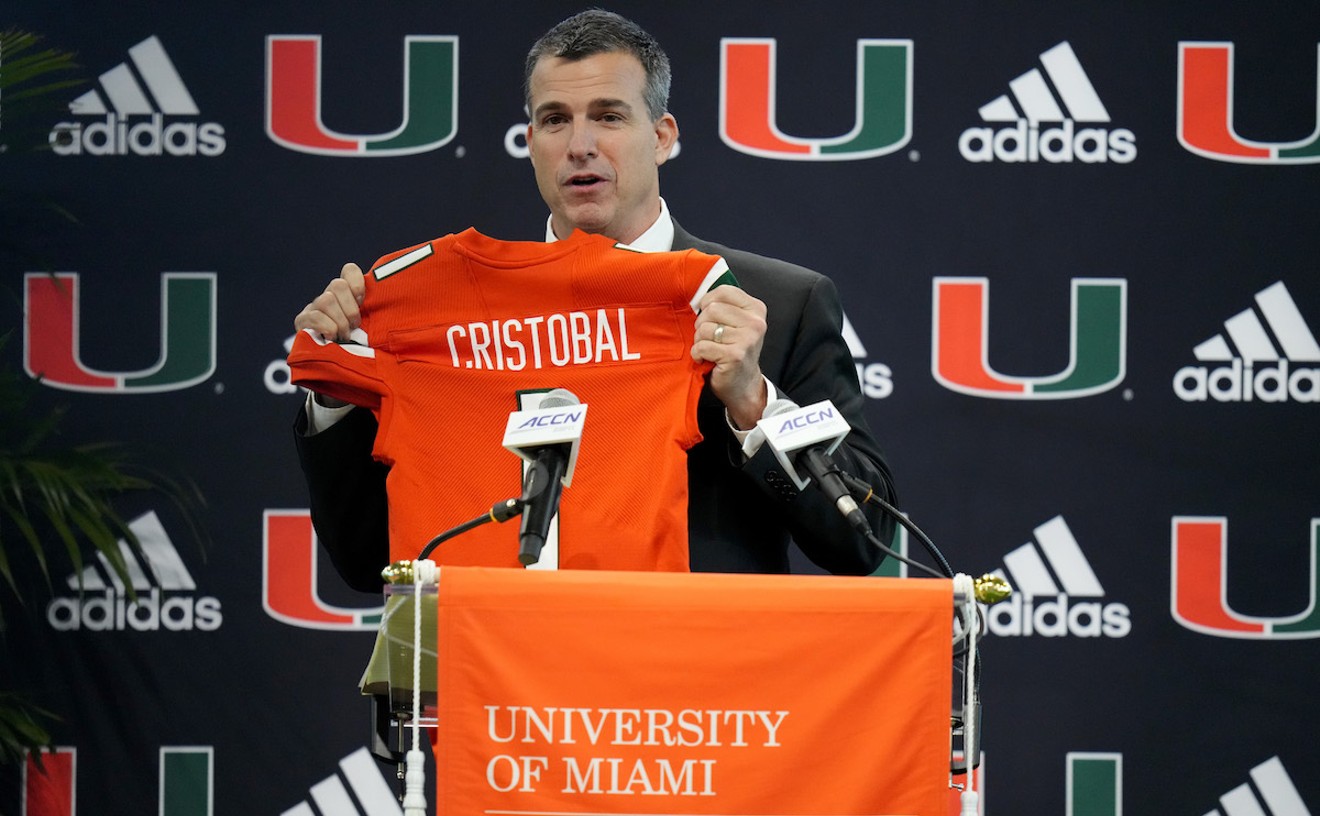