SuperFly Is Silly, Pandering, and Full of One-Note Fools 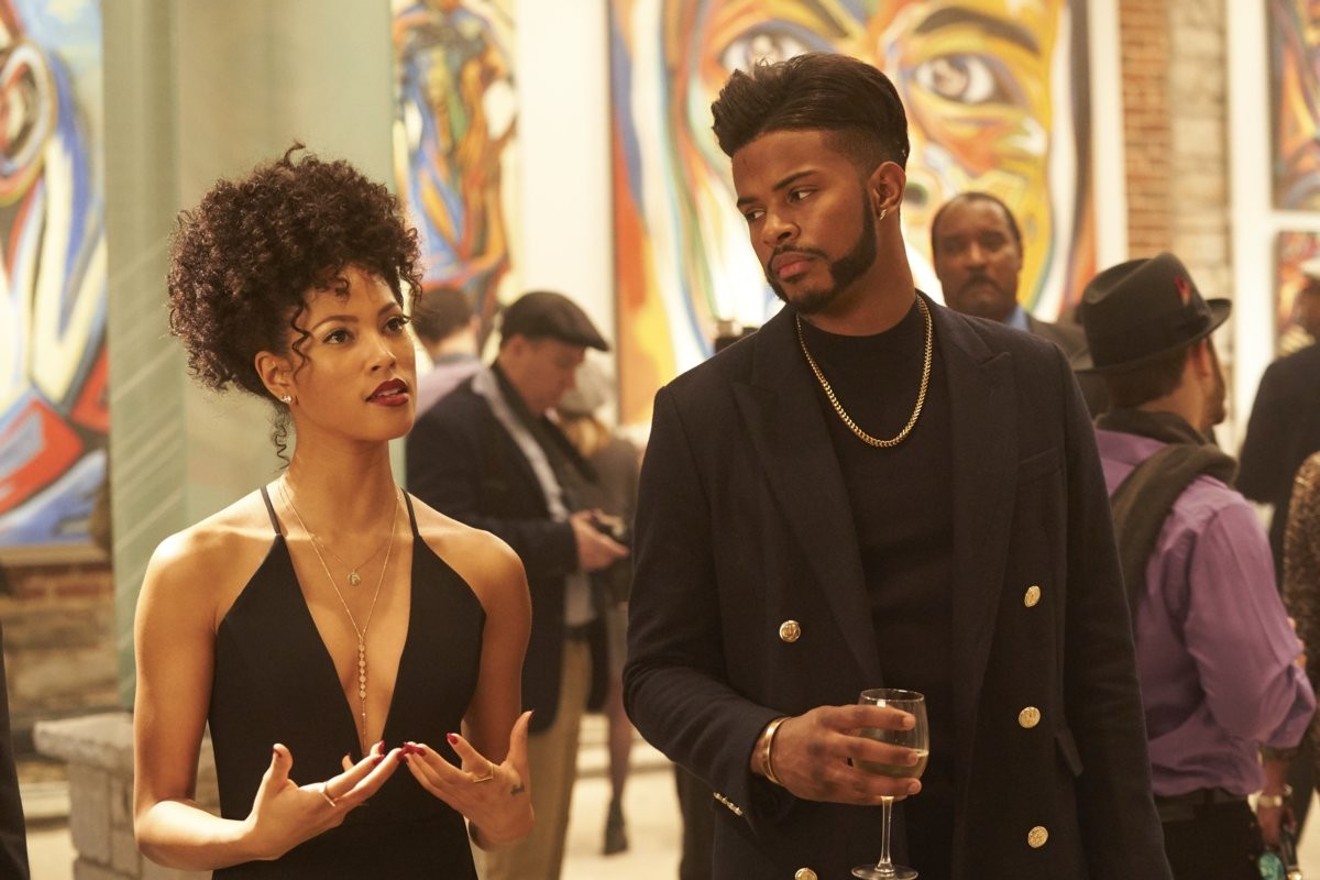 Trevor Jackson (right) plays a suave drug dealer named Priest and Lex Scott Davis is Georgia in SuperFly, Director X’s blinged-out redo of the 1972 blaxploitation classic. Courtesy of Sony PIctures Entertainment
The SuperFly remake is ghetto as fuck. How ghetto, you ask? Well, it came out on a Wednesday — I didn’t think black movies did that anymore. Back in the ’90s, after movies like New Jack City and Boyz n the Hood saw their openings marred with shootings, studios began dropping “urban films” midweek. That way, the suits must have figured, gun-toting black folk could have the multiplex all to themselves and not scare off white families on opening weekend. (Now, of course, it’s more likely that any violent ruckus during the feature presentation will come from an angry white dude with an AR-15.)

Anyway, Director X’s blinged-out redo of the 1972 blaxploitation classic has the same setup as the original: A suave drug dealer named Priest (played here by Trevor Jackson) hatches a plan to get out the dope game. And while some things have stayed the same — Jackson’s hair is just as silky and permed-out as original Priest Ron O’Neal’s was — some things have changed with the times. Instead of the mean, dirty streets of New York, the new SuperFly is set rather immaculately in Atlanta, where it looks as though it rains cash.

But this SuperFly ultimately owes more to stylized ’90s crime films like Carlito’s Way, Payback and Belly. And while X may be more polished a director than the late Gordon Parks Jr. — he sharpened his skills directing rap videos, back when he was known as Little X — at least the original’s story was rooted in something authentic. In the first film, Priest wanted to get out of the life so desperately because everything was getting desperate around him. Between the corrupt cops who wanted a piece of his pie and the ass-out hoodlums ready to knock him out for his knot, a pimpalicious brotha in 1970s New York doesn’t have a chance.

This time, it just seems Priest wants to leave because he’s basically surrounded by greedy idiots. Priest’s chief rivals are the Snow Patrol, a goofy-ass gang that’s usually decked in all-white (even their guns are pale). They’re doing quite well and have no beef with Priest, but still a young lieutenant (Kaalan Walker) wants to take down Priest and his empire because — well, he’s just a hating brat.

Thanks to screenwriter Alex Tse (Watchmen), Priest appears to be the only character with any sense in his damn head. Right from the opening scene, where Priest shakes down/humiliates a drug-dealing rapper and his crew, SuperFly establishes that no one can ever be as cunning and crafty as him. Unfortunately, this means the supporting characters are all one-note fools. From his trigger-happy, right-hand man (Jason Mitchell) to his silent-but-deadly mentor (Michael K. Williams) to the tattooed detective (Jennifer Morrison, channeling Jennifer Jason Leigh) forcing Priest into a partnership to the lecherous mayor of the whole damn town (Antwan “Big Boi” Patton, briefly hamming it up), they’re all so arrogant and swole-in-the-chest in their hunt for money and power that they’re really just incompetent babes in the woods.

For all its pulpy, genre-movie intentions, SuperFly is virtually crippled by its own ludicrousness. It incites more giggles than gasps. Even when it goes about Making a Statement by having a climactic showdown where Priest goes HAM on a crooked cop, practically making him a surrogate for all those who are tired of police brutalizing black people, it all comes off more as pandering than profound.

A very silly trip through a glamorous, ghetto gangland, SuperFly actually might make black people fire off some shots in movie theaters, but not for the reasons the executives fear — out of anger of how damn ridiculous all this is.
KEEP MIAMI NEW TIMES FREE... Since we started Miami New Times, it has been defined as the free, independent voice of Miami, and we'd like to keep it that way. With local media under siege, it's more important than ever for us to rally support behind funding our local journalism. You can help by participating in our "I Support" program, allowing us to keep offering readers access to our incisive coverage of local news, food and culture with no paywalls.
Make a one-time donation today for as little as $1.
Craig D. Lindsey
Contact: Craig D. Lindsey