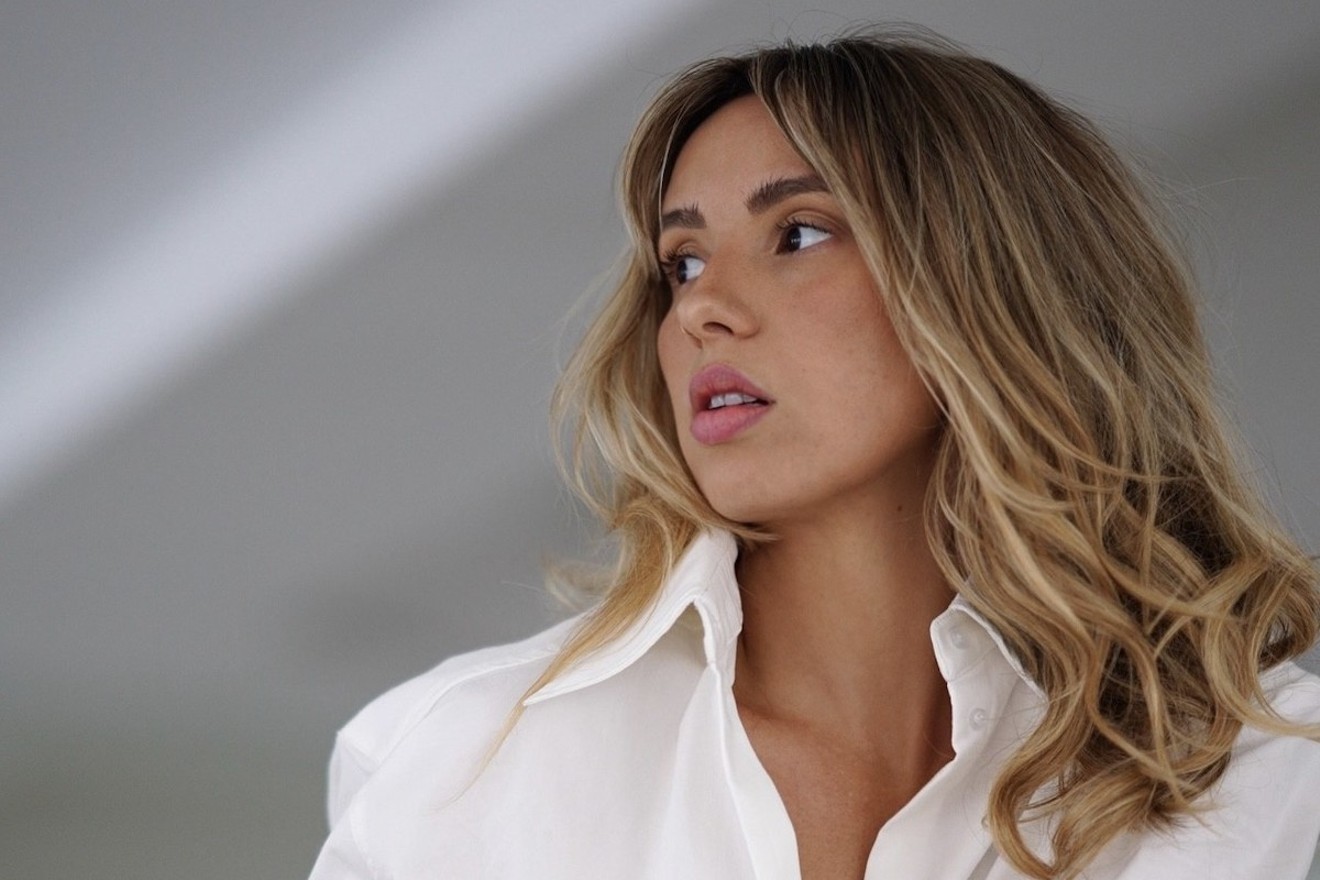 Katrina "Kata" Bilanchone is the owner of Hanu Yoga Studio. Photo by Chris Bonilla
It’s easy to pigeonhole the yoga community as a mellow and tension-free bunch. But for Katrina “Kata” Bilanchone, the two-year journey to taking over and relocating Miami Beach’s beloved Green Monkey yoga studio wasn't all sun salutations and savasana.

“We had a massive flood during the tropical storm and had to repair the fresh floors and drywalls,” she tells New Times about last year's storm that flooded parts of the city. “The toughest transition was learning to become a true leader, to manage and inspire an entire team including teachers, front desk, and managers. I realized that having a business is keeping an ecosystem alive. There are so many moving parts, many of which were entirely new to me.”

Bilanchone started practicing yoga at 14 years old, searching for meaning and direction shortly after her mother passed. At 21, she became a certified yoga instructor and visited India for two years to be fully emersed in the ancient practice. Today, she has more than a decade of teaching, starting at the since-shuttered Dadeland location of Corpo Yoga. Shortly after the lockdown, she took her expertise to Green Monkey in 2020.

“I started teaching at Green Monkey. I was giving feedback to the owner, Eloy de Armas, about social media, workshops, and teacher programming, and he gave me a marketing position.”

Feeling the stress of the increased lease rates for commercial spaces, de Armas was tempted to close. Instead, he offered Bilanchone an 80 percent share in the business, which eventually grew to full ownership. Bilanchone accepted the offer after a brief reflection.

"It was like the chimp evolving into a warrior who represented courage and self-discipline," Bilanchone explains. "We shortened it to Hanu, which represents how Hanuman took a hit to the jaw. It was like how we were taking hits but kept going." 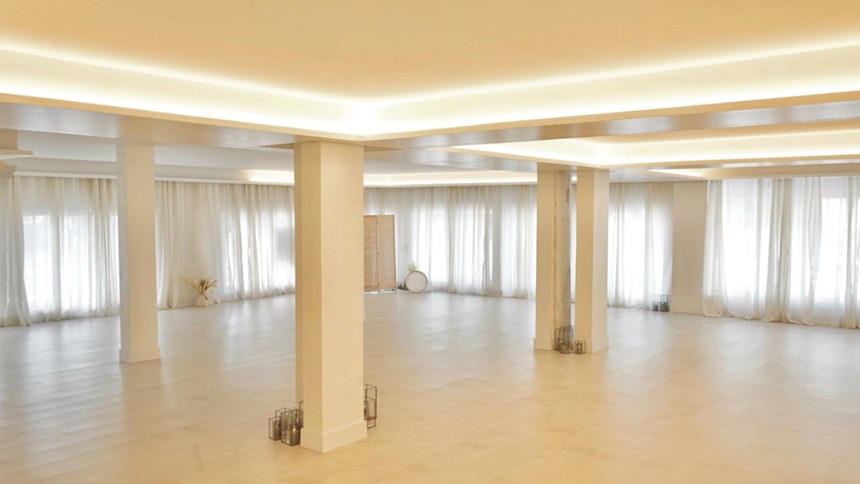 "We never closed for even one day," Bilanchone recounts. "There was no grace period for training. All of a sudden, we were changing the AC, painting, dealing with the city and contractors."

Transitioning from an instructor to the owner was a watershed moment for Bilanchone, who has no interest in outsized egos and $200 yoga mats. Hanu, she says, aims for the heart of what yoga has always been: organic energy. "You're here for yoga, for the soul."

Bilanchone realized she was at a crossroads: She could try to appease the glitzy Miami Beach yoga crowd or remain true to her vision. She made it clear that she was committed to the latter. "I want people to feel welcomed, seen, and understood at Hanu. This is why we offer a wide variety of class styles so that everyone feels at home, no matter their age or skill level. We hope for Hanu to be a sanctuary for the good and the bad days."

"Most corporate studios are all power yoga and burning calories, and it's sad that there aren't any more yin or meditative classes," says Bilanchone. "I added weekly breath [and] meditation classes — 30 minutes of just breathing — and it's one of our most popular classes."

A new yogi can pay $15 for a drop-in class, and Hanu's most popular option is a six-month autorenewal for $133 a month. Members also get perks like discounts on all events and workshops, mat storage, and two guests a month. "I actually brought down our prices," she adds.

With about 15 instructors, Hanu offers classes beyond typical power and vinyasa, including breathing practices, heated and nonheated options, and the more obscure hatha yoga, a slower-paced practice.

Hanu Yoga is still undergoing growing pains, but resistance, and a healthy dose of serendipity, are part of any yogi's arsenal.

"The practice [of yoga] changed me on a fundamental level revealing that all the power and love that I need is already within me. Every time I practice, I remember my truth, my light, and my purpose. My purpose is to share my love for yoga, community, and all things that make us humans feel whole."

Bilanchone is in it for the long haul, and Hanu Yoga is ready to focus on helping Miami's growing yoga community. "Most of my friends told me not to be a business owner, but my childhood best friend told me to do it," she says. "It's a sweet deal. This opportunity never comes around."

Hanu Yoga Studio. 736 Sixth St., Miami Beach; 305-397-8566; greenmonkey.com.
KEEP MIAMI NEW TIMES FREE... Since we started Miami New Times, it has been defined as the free, independent voice of Miami, and we'd like to keep it that way. With local media under siege, it's more important than ever for us to rally support behind funding our local journalism. You can help by participating in our "I Support" program, allowing us to keep offering readers access to our incisive coverage of local news, food and culture with no paywalls.
Make a one-time donation today for as little as $1.