The 18 Best Things to Do in Miami This Week 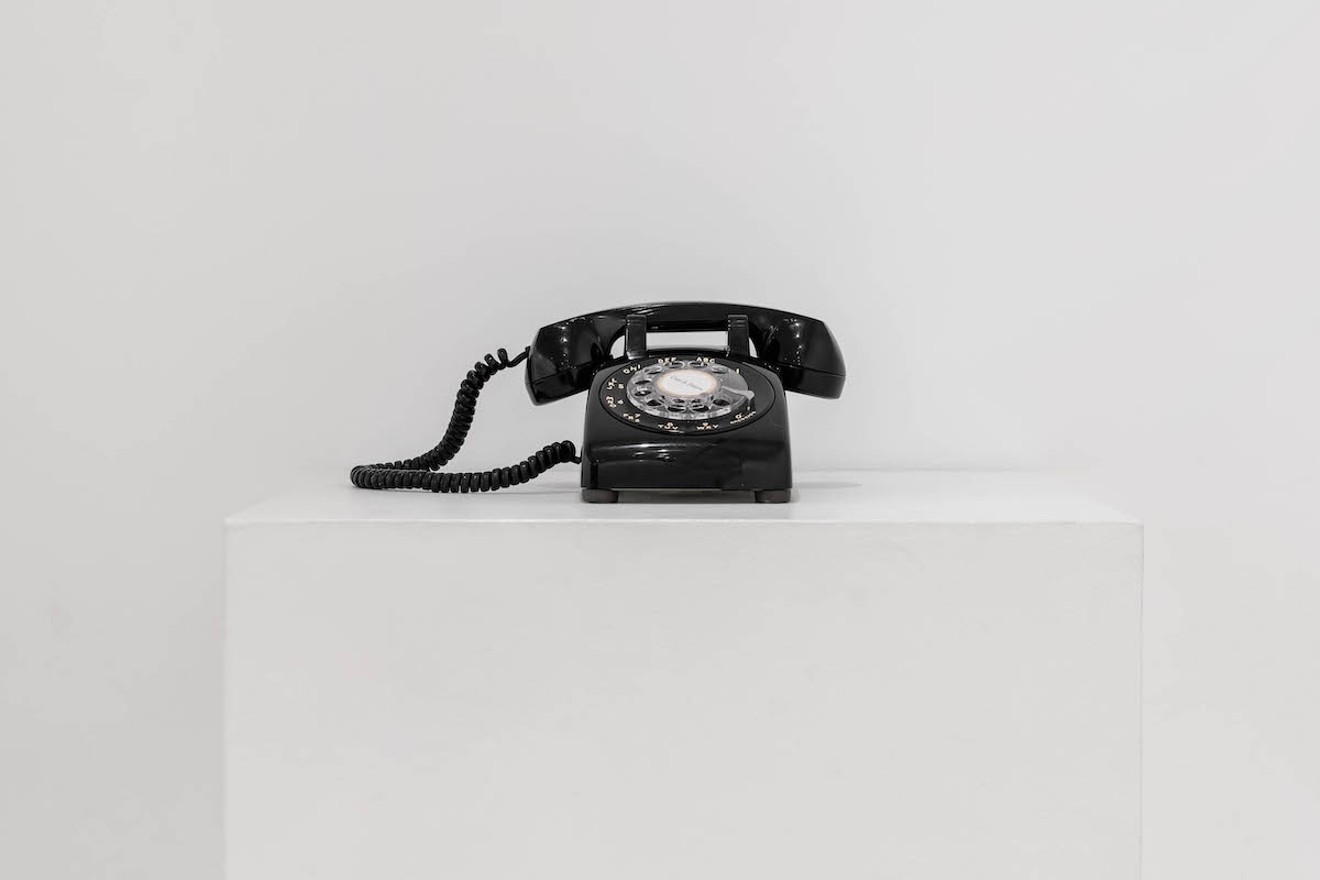 "Phraseology" at the Bass: See Thursday Photo by Zachary Balber/Courtesy of the Bass

Enjoy a glass of wine (or two) while listening to Oigo at Lagniappe on Monday night. The solo project of ¡Suénalo! founding member Adrian Gonzalez, Oigo is known for using his vocals, guitar, and loops to make a sensational listening experience. Gonzalez describes his sound as "feel-good folk dub," so it's guaranteed to be an excellent start to your week. 9 p.m. Monday, at Lagniappe, 3425 NE Second Ave., Miami; 305-576-0108; lagniappehouse.com. Admission is free. Ashley-Anna Aboreden

Aspiring photographers can take their skills to the next level when Sweat Records hosts a Real World Concert Photography Workshop. Concert photographer Scott Diussa will share some of the knowledge he has accumulated throughout his 25-year career and provide tips on how to take the best concert photos. Those who enjoy solidifying memories or dream of capturing live performers are encouraged to participate. Attendees are required to have a DSLR camera with a manual mode. 6 p.m. Tuesday, at Sweat Records, 5505 NE Second Ave., Miami; 786-693-9309; sweatrecordsmiami.com. Admission is $20 via eventbrite.com. Sophia Medina

It’s time to take a deep breath. On Tuesday, grab your yoga mat and water bottle and head to Modern ŌM's Wim Hof Breathing Class. The workshop is led by Donato Helbling, who has been studying and teaching martial arts, yoga, meditation, and philosophy for over 15 years at Budokon University. At this event, he’ll focus on Wim Hof breathwork and how to integrate it into your daily lives to promote a more balanced and full self. 7 to 8:30 p.m. Tuesday, at Modern ŌM, 5020 NE Second Ave., Miami; 786-617-5056; modernom.co. Tickets cost $30 to $40 via eventbrite.com. Ashley-Anna Aboreden

End the workday at the Deering Estate with Full Moon Yoga, a relaxing session that will begin when the sun sets and the full moon rises. Yoga instructor Zamanta will help attendees unwind and destress with a beautiful view of Palmetto Bay as a backdrop. Guests may even pick up a trick or two as they inhale and exhale the sea breeze. 6:30 p.m. Wednesday, at Deering Estate, 16701 SW 72nd Ave., Miami; 305-235-1668; deeringestate.org. Tickets cost $20. Sophia Medina

Miami FC goes head-to-head with FC Tulsa on Wednesday at Riccardo Silva Stadium in West Miami-Dade. The Oklahoma team is currently ranked eighth in the Eastern Conference — just one spot below Miami. While the regular season doesn't end until October, both teams need every win they can get from here on out: The top seven clubs from each conference move on to the playoffs. 6:40 p.m. Wednesday, at Riccardo Silva Stadium, 11310 SW 17th St., Miami; miamifc.com. Tickets cost $10 to $12. Ashley-Anna Aboreden

As part of its Seasoned Actors series, O Cinema chooses a noteworthy actor and features three of their best films. For its third season, the art-house theater will highlight Mexican actress Salma Hayek. This Wednesday brings a screening of the action-packed, neo-Western Desperado, in which Hayek stars opposite Antonio Banderas. The other two screenings will be Frida (September 14) and Beatriz at Dinner (October 12). 7 p.m. Wednesday, at O Cinema South Beach, 1130 Washington Ave., Miami; 786-471-3269; o-cinema.org. Tickets cost $10 to $25. Ashley-Anna Aboreden

The Bass' latest exhibition, "Phraseology," explores communication through modern and contemporary art. If you've ever stood in front of an artwork and wondered what the hell the artist is trying to say, you're not alone. The works exhibited in "Phraseology" ought to be a lot more clear about the artist's intent. Pieces on display feature text, phrases, and poetry to give the viewers a clearer line of communication with the artist. Faith Ringgold, Jamilah Sabur, Kelly Breez, Roni Horn, and Rafael Domenech are just some of the artists whose work you'll encounter. Noon to 5 p.m. Thursday through April 16, 2023, at the Bass, 2100 Collins Ave., Miami Beach; 305-673-7530; thebass.org. Tickets cost $15. Ashley-Anna Aboreden

What are you afraid of? Popcorn Frights Film Festival returns with another lineup of films that will tap into your greatest fears. Over 11 days, the festival celebrates the best new horror films by established and up-and-coming filmmakers. This year's event will span Broward and Miami-Dade, with events mainly taking place at Fort Lauderdale's Savor Cinema and O Cinema South Beach. The nonstop frights kick off on Thursday with a screening of Tyler Cornack's Tiny Cinema at Savor Cinema, followed by a Q&A. Thursday, August 11, through Sunday, August 21, at various locations; popcornfrights.com. Ticket prices vary. Sophia Medina

Argentinian rock trio Enanitos Verdes kick off their two-night stint at the James L. Knight Center on Friday. Formed in 1979, the band has been championing rock en español for decades, reaching its peak in the '90s with albums like Igual Que Ayer and Big Bang and hits like “Guitarras Blancas,” “Amores Lejanos,” and “Lamento Boliviano," leading to back-to-back nominations for "Best Latin Rock/Alternative Performance" at the 1999 and 2000 Grammy Awards. 8 p.m. Friday and Saturday, at James L. Knight Center, 400 SE Second Ave., Miami; 305-372-4634; jlkc.com. Tickets cost $49-$225 via ticketmaster.com. Jose D. Duran

Having already toured once this year, reggaeton superstar Bad Bunny is hitting the road again for a massive stadium run he’s dubbed World’s Hottest Tour. That's quite a claim, but if anyone's up for the task, it's the Puerto Rican artist. In May, he dropped his fourth album, Un Verano Sin Ti, which served to showcase how versatile an artist Bad Bunny truly is. The album was met with critical acclaim and debuted atop the Billboard 200. On Friday and Saturday, you'll find out if the tour's name isn't just Bad Bunny stroking his ego. 7 p.m. Friday and Saturday, at Hard Rock Stadium, 347 Don Shula Dr., Miami; 305-943-8000; hardrockstadium.com. Tickets cost $53 to $994 via ticketmaster.com. Ashley-Anna Aboreden

Local bands Crud, Holly Hunt, Wrong, and Devalued take the stage at the Auld Dubliner Irish Pub in downtown Miami for a Friday-night rager. Things will get loud as these folks deliver the sludgiest metal this side of the Everglades. As Crud so eloquently put it on its Instagram teaser for the event, "For $10 you can windmill with a fellow rawker while getting pummeled by these rippers at the Dubliner." Couldn't have said it any better. 7 p.m. Friday, at the Auld Dubliner Irish Pub, 91 NW First St., Miami; 786-353-2339; theaulddublinermiami.com. Tickets cost $10 via eventbrite.com. Jose D. Duran

This Saturday’s yoga session is not just any yoga — it’s Puppy Yoga! Join Esencia Wellness Spa as it partners with Animal Lovers Rescue (ALR) for a serotonin overload from local rescue puppies and a yoga sesh. ALR is dedicated to providing rescue for dogs from euthanasia, abandonment, and emergency situations. The adorably cute yoga class is open to the public (non-hotel guests are encouraged to bring their own mat and towel). 10:30 a.m. Saturday, at Esencia Wellness Spa at Eden Roc Miami Beach, 4525 Collins Ave., Miami Beach; 305-674-5540; edenrochotelmiami.com/spa. Tickets cost $15 via eventbrite.com. Ashley-Anna Aboreden

Expand your taste buds and submerge yourself in Black culture at this year’s Black Pepper Food & Wine Festival. Guests are welcomed to bite into savory meals cooked up by more than 30 Black restaurateurs waiting to make their mark on the Miami community. Foodies will take part in a communal celebration made up of live music, chef and mixology demonstrations, a Black vendor marketplace, live podcast interviews, and more. Guests are invited to dig their teeth into quality meals while supporting some of Miami’s Black-owned restaurants and food trucks. 3 to 8 p.m. Saturday, at Florida International University Biscayne Bay Campus, 3000 NE 151st St., North Miami; 305-348-2000; blackpepperfoodfest.com. Admission is free; VIP tickets cost $75 via eventbrite.com. Sophia Medina

Presented by Miami Events & Festival, Coconut Grove Summer Beer Fest lands at the Woman's Club of Coconut Grove with a refreshing lineup of brews. Guest can imbibe craft beers served by local breweries, including Veza Sur, the Tank, Islamorada Brewery, and Bay 13. On top of delicious local beers and cocktails, there will be seminars, live music, and food vendors. 5 to 10 p.m. Saturday, at the Woman's Club of Coconut Grove, 2985 S. Bayshore Dr., Coconut Grove; miamieventsandfestivals.com. Tickets cost $29 to $149 via eventbrite.com. Ashley-Anna Aboreden

The Broward Center for the Performing Arts welcomes Thunderstorm Artis for a performance showcasing his talents and original work. The young musician rose to stardom as a season ten finalist on The Voice. He is recognized for creating reinterpretations of classic tracks from artists such as the Beatles and Louis Armstrong. A multi-instrumentalist, he has received recognition from pop-soul artist John Legend and praise from Billboard for his "earnest, uplifting presence." 8:30 p.m. Saturday, at the Broward Center for the Performing Arts, 201 SW Fifth Ave., Fort Lauderdale; 954-462-0222; browardcenter.org. Tickets cost $25 to $30 via ticketmaster.com. Sophia Medina

Trained belly dancers and artists Valerick Molinary and Alexandra Molina have put together Belly Dance Stories, a show dedicated to women’s empowerment. Each performer uses Oriental dance (AKA belly dancing) to heal and overcome and to elicit joy. You now have a chance to experience the art form in a vulnerable way through the work of these artists. 6 p.m. Sunday, at Sandrell Rivers Theater, 6103 NW Seventh Ave., Miami; 305-284-8800; sandrellriverstheater.com. Tickets cost $35. Ashley-Anna Aboreden
KEEP MIAMI NEW TIMES FREE... Since we started Miami New Times, it has been defined as the free, independent voice of Miami, and we'd like to keep it that way. With local media under siege, it's more important than ever for us to rally support behind funding our local journalism. You can help by participating in our "I Support" program, allowing us to keep offering readers access to our incisive coverage of local news, food and culture with no paywalls.
Make a one-time donation today for as little as $1.