Aly Raisman on Being a Strong Survivor: "It's OK to Not Be OK" 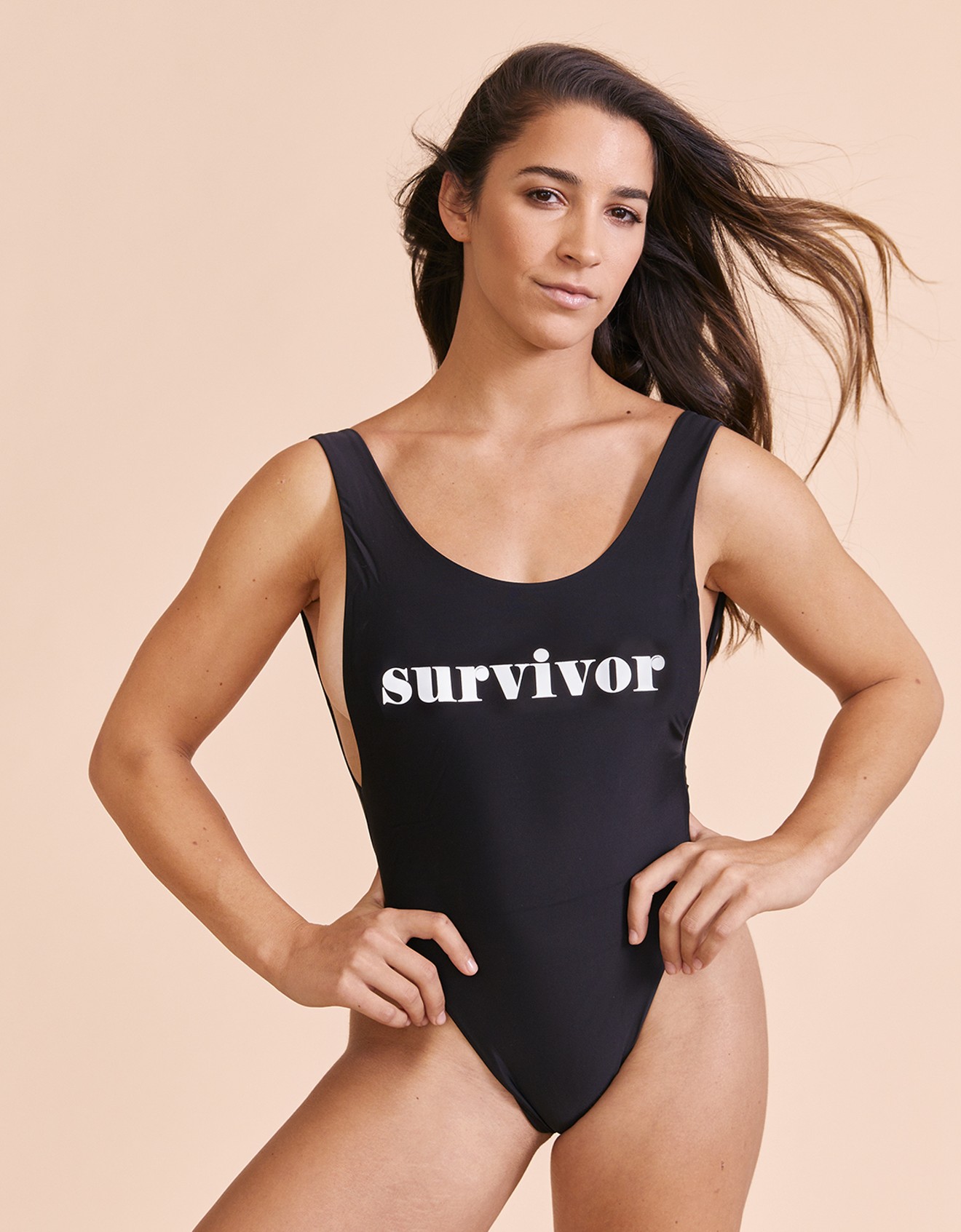 Courtesy of Aerie
If you're a diehard Olympics fan, you know Aly Raisman was the captain of the 2012 and 2016 U.S. women's gymnastics teams. But even if you're not into the sport, there's a good chance Raisman has been on your radar lately. She has become a leading activist for the #MeToo movement and a champion for mental health since coming forward this past November as a victim of abuse by Olympic team physician Larry Nassar. Raisman delivered a powerful 15-minute victim impact statement statement at Nassar’s sentencing hearing in January, when she held the doctor, USA Gymnastics, and the U.S. Olympic Committee accountable. On February 28, Raisman filed a lawsuit against USA Gymnastics and the U.S. Olympic Committee for their inaction surrounding the gymnasts’ abuse.

“I am here to face you, Larry, so you can see I have regained my strength, that I am no longer a victim. I am a survivor... Abusers, your time is up. The survivors are here, standing tall, and we are not going anywhere,” Raisman declared at Nassar’s sentencing.

Yesterday on Lincoln Road, Raisman made her debut as a "Role Model" for the body-positive lingerie and swimwear company Aerie. All proceeds from the sales of a black one-piece swimsuit, emblazoned with the word “survivor” across the chest and modeled by Raisman herself, will support Darkness to Light, a nonprofit that empowers adults to prevent childhood sexual abuse.

Raisman has become a strong and hopeful voice for all victims of abuse, but she admits it isn’t always easy. “I think that right now, I’m just trying to take it day by day. Every day I cope differently. Some days, I feel a little bit more anxious. Sometimes I feel better talking about what’s going on. Other times I don’t want to talk about it,” Raisman tells New Times. In her lawsuit against the USOC, Raisman wrote she suffers from depression and anxiety.

She offers words of hope to others who are coping with mental illness or abuse. “It’s OK to not be OK... I encourage you to ask for help if you’re struggling. There are a lot of people out there who are suffering in silence, whether it’s related to mental-health issues or related to abuse. Maybe someone is struggling with an eating disorder; maybe they have really bad anxiety; maybe they’re depressed; maybe someone is hurting them... I want people to know I’m here, I’m supporting them, and there’s a whole army of people that are ready to talk about things to make change.”

Aly Raisman and Iskra Lawrence at Aerie Lincoln Road.
Andrew Buda of Aerie
Fellow Aerie Role Model Iskra Lawrence also talked about reducing the stigma of mental illness. "Mental health is such a huge issue... that no one’s really putting into action. I just wish people had a bit more empathy for it and didn’t think that mental illness is something you chose or something that was almost self-inflicted, but that it is an illness, just like any other part of your body,” says Lawrence, who is an ambassador for the National Eating Disorders Association (NEDA). Lawrence hopes to implement self-care education, which includes mental, physical, and emotional health, into the school systems in the United States and United Kingdom.

Modeling swimsuits and undergarments in unretouched photos for the spring 2018 Aerie campaign, Raisman continues to support the message she promoted in her controversial Sports Illustrated Swimsuit Issue's "In Her Own Words" photo shoot: "Women do not have to be modest to be respected."

"I think that is such an important message, and there are those very supportive of that, but there are still people out there who don’t understand that. If you are wearing a bra and underwear, you should still be respected, and I think being able to be part of this campaign with Aerie and to be able to be posing in a swimsuit and bra and underwear is... more special now than ever before because of the meaning behind it. I think the fact that they don’t retouch anything is really amazing, and so is the messaging behind ‘you wear whatever you’re comfortable with,’” Raisman says.

“Just because a girl or a woman is wearing a sexy outfit does not make any kind of abuse whatsoever OK. You should be able to walk out, in an alleyway late at night, wearing whatever you want and still not have any risk of being abused. I can’t stand it when... someone is brave enough to come forward [about assault] and they are asked what they were wearing. What they were wearing has nothing to do with it.”

Raisman says she expects the fight against sexual assault to continue indefinitely, but she refuses to give up and draws strength from her fellow activists.

“The organizations of USOC, USA Gymnastics, Michigan State University... they need so much change, and there hasn’t been enough change whatsoever. So I feel like I’m going to be doing this for a long time, and it’s something that we should all never stop talking about,” she says. “This #MeToo movement is so needed and so important, and I am so proud of every single person who has said ‘me too’ and even those who haven’t said it publicly... So I think we’re on the right track. We still have a lot more to go, but at least we can be hopeful that we’re in a better place even from a year ago.”