Ten Great Miami Landmarks That Were Lost to History 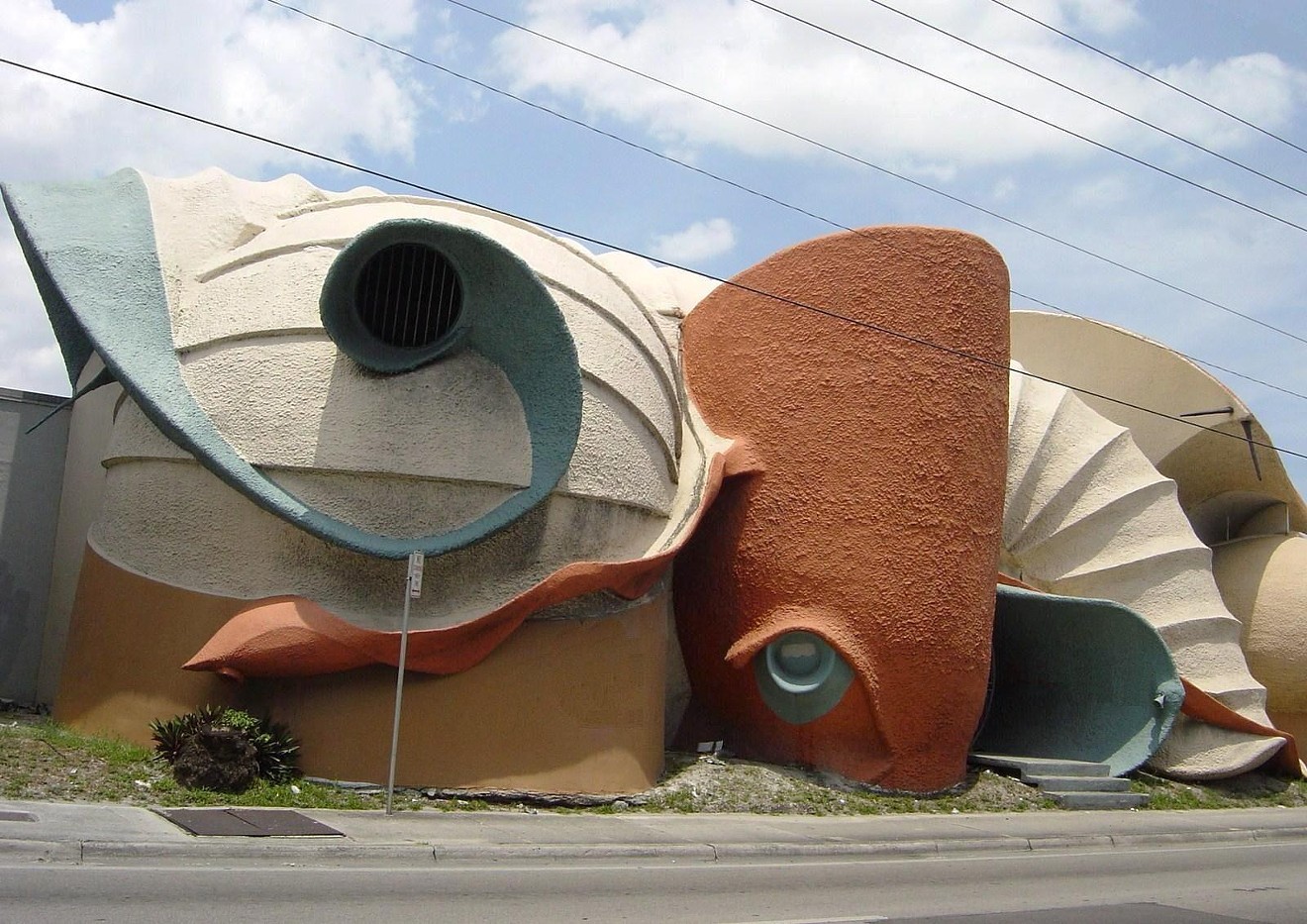 Ruth Hara/Flickr Creative Commons
A single palm tree adorns the City of Miami’s official seal, but these days, it might as well be replaced by a high-rise condo. Construction cranes now dot the skyline of “Bayhattan” along the Miami river where city founder Julia Tuttle first settled and incorporated the territory in 1896. The Magic City is often maligned by Old-World visitors as a “city without history,” and maybe that’s because so much visible evidence of history has seen the wrecking ball. Here are a few classic Miami landmarks that no longer stand.

This quasi-freeform building, an anomaly of architecture in hodgepodge Hialeah, was the brainchild of Chayo Frank, who designed the office building for his father’s woodworking and store-fixture-manufacturing business. Inspired by his “love of the exotic beauty of tropical nature,” he used sprayed concrete and curved rebars to create a bizarrely unconventional structure in "La Ciudad Que Progresa." Progress didn’t keep up with the sculptural design of the building the architect describes as an “organic entity,” which it certainly resembled until it was demolished earlier this year. It had been surrounded by drab, industrial warehouse-style businesses on a busy street without a single tree. Learn more about the architect at chayofrank.com. Perhaps Miami’s most famous modern demolition, recent and boozy enough for millennials and baby boomers alike to regret, is Tobacco Road, proud holder of the city’s first issued liquor license. The structure, originally a modest-looking bakery before it became a watering hole, never really changed. The dark two-story dive just south of the Miami River, however, wasn’t so humble in reputation. Over the years, the Road welcomed famous folks and blues musicians, as well as thousands of patrons looking to quench their thirst. Even though it survived the great wars of the 20th Century and Prohibition, it couldn’t compete with corporate giants that bought out Brickell for megadevelopments. Miami’s beloved joint was demolished October 26, 2014, just days after its 102nd anniversary, a date that could go down as the city’s own “the day the music died.” 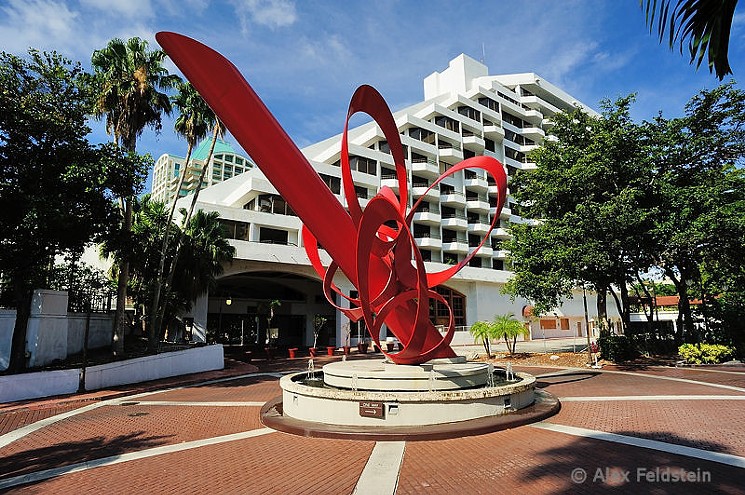 Anyone old enough to have watched Miami Vice when it first aired in the mid-1980s will certainly remember Coconut Grove’s landmark Grand Bay Hotel, a bastion of '80s glamour. The Mobil five-star-rated hotel was developed by the late Sherwood “Woody” Weiser, one of the city’s leading philanthropists. With its pyramid design and large red sculpture (Windward, by Alexander Liberman), the hotel was a visual knockout in the '80s. It hosted a who’s who of celebrities, including Michael Jackson during his Orange Bowl concert. The Grand Bay, which housed then “it” nightclub Regine’s, gradually lost its luxury ranking to South Beach properties and was razed to make way for BIG, the Bjarke Ingels “twisting towers” development. The sculpture remains as a reminder of the hotel’s former glory. 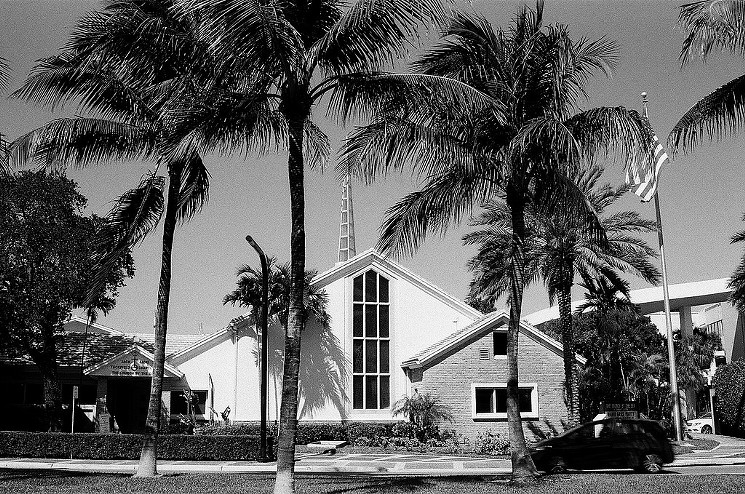 Church by the Sea’s humble beginnings go back to post-World War II, when Army families gathered informally for worship in the neighborhoods just north of Miami Beach. Over time, the structure that housed the congregational church would reflec the design work of illustrious Miami architects Russell Pancoast and Alfred Browning Parker. When Bal Harbour Shops offered to buy the property to expand its retail enterprise, faithful members protested, but the church never made the cut with the Miami-Dade Historic Preservation Board. In a not-so-grand stroke of irony, the demolition team showed up just days before Christmas. The church persevered in true Christian form (and with a good hand in business smarts) by collaborating with stakeholders in the area, including Bal Harbour’s Whitman Family Development. The St. Regis resort currently hosts worship on Sundays, and the church will eventually move to a site it recently purchased in adjacent Bay Harbor. Visit churchbythesea.org. 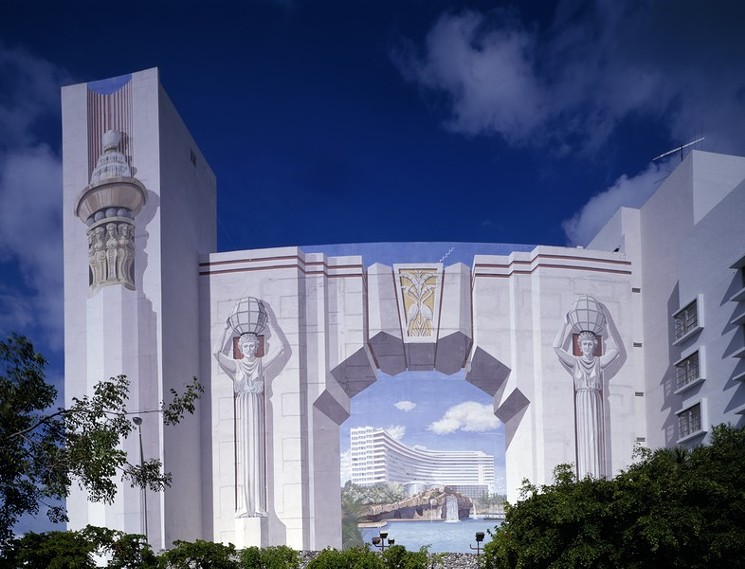 In 1985, Stephen Muss, owner of the Fontainebleau (then a Hilton resort) in Miami Beach, chose famous muralist Richard Haas to give the property’s Sorrento building a face-lift with a grand visual statement. A six-story trompe l'oeil on Collins Avenue tricked viewers into thinking they could see the property’s iconic Château building through an enormous arch in a wall flanked by columns. By 2002, more modern tastes prevailed: a direct view to the crescent-shaped building that Morris Lapidus designed in the 1950s. The Sorrento went down with the mural and made room for the Fontainebleau II condo/hotel project.