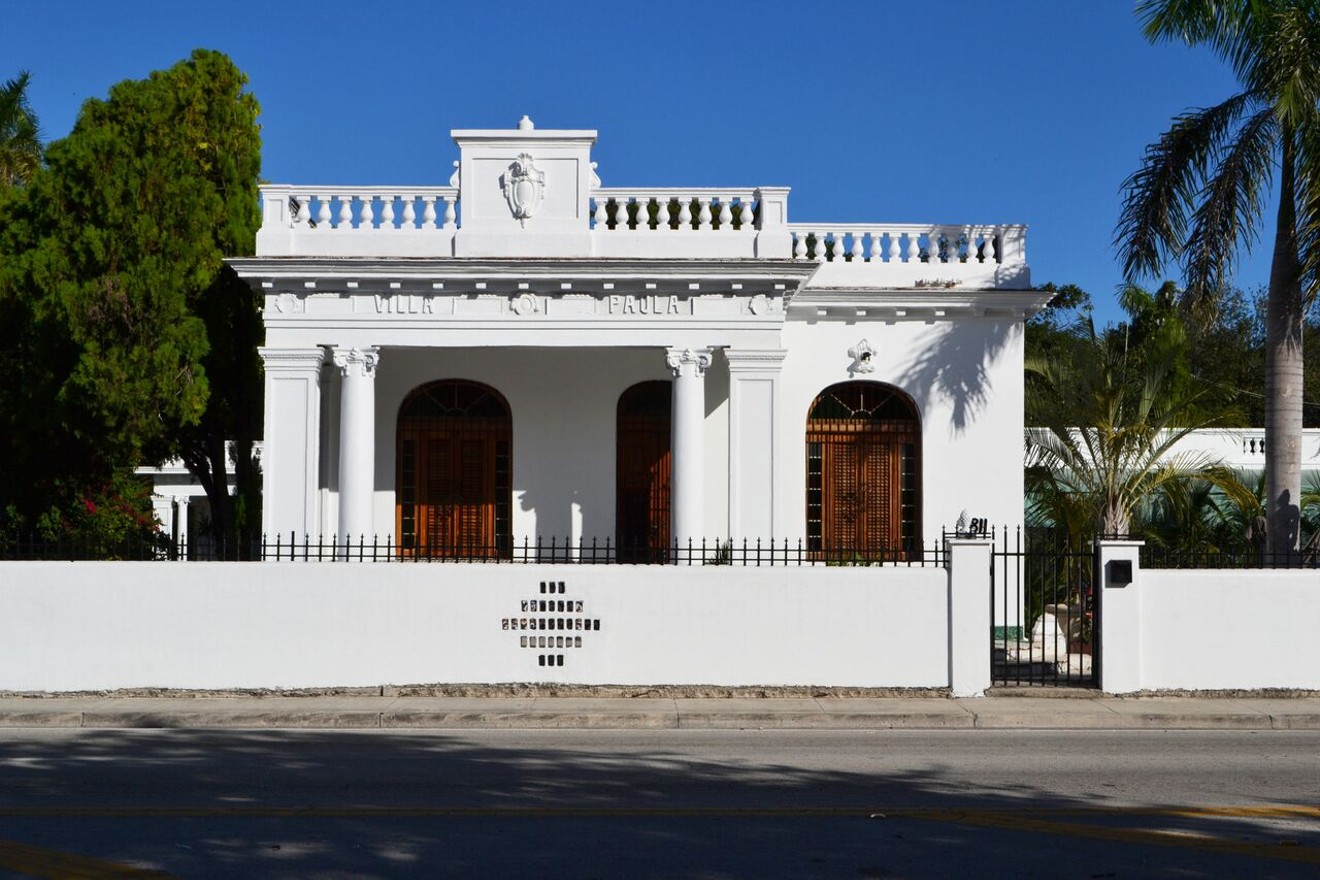 Villa Paula will go on sale for $4.5 million next week, as will three other properties. Joe Chirichigno
On a busy stretch of North Miami Avenue in Little Haiti stands Villa Paula, a neoclassical estate with white stucco walls and grounds covered in bougainvillea. It is purportedly haunted by the ghost of Paula Milord, the wife of the Cuban consul for whom the villa was built in 1925.

The mansion, located at 5811 N. Miami Ave., along with several other connected properties, hits the market this week with an unexpected price tag for the neighborhood: $4.5 million.

Jean-Louis Delbeke, an agent for Sotheby’s International Realty who will list the property, says the home's owner, 5811 Investment Group LLC, is looking to sell with an eye on the development of the Magic City Innovation District, a $1 billion project planned to encompass 17 acres that is just a few blocks away.

Villa Paula is home to an art gallery managed by Martin Siskind, whose brother Richard owns the building. Siskind, who has a long and colorful financial history, bought the haunted mansion for $275,000 in 2003 in partnership with Marc Swedroe.

In 2008, Swedroe told the Biscayne Times he envisioned Villa Paula becoming “a community center, or a historical center, something that could be important to Little Haiti and the Cuban community here.” So the mansion was renovated in 2015 and for many years held works by Cuban artists and Miami’s own Purvis Young. 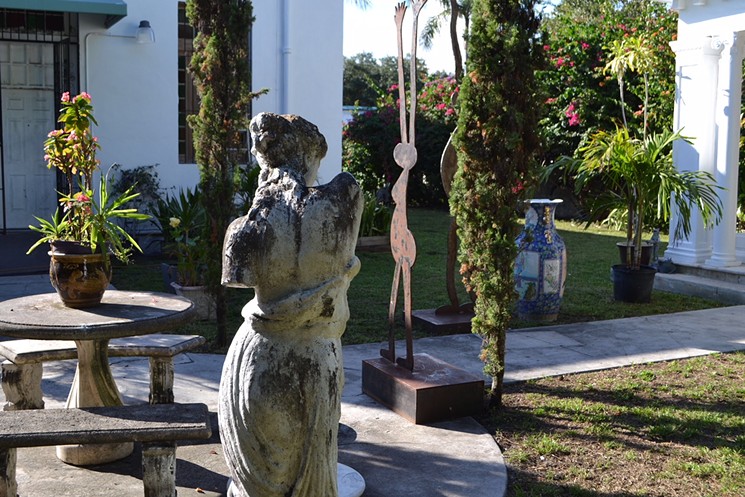 Villa Paula's allegedly haunted gardens.
Joe Chirichigno
But in 2016, Swedroe sold the building to Richard Siskind for $500,000. A year later, Martin and Richard entered into a legal dispute: Martin wanted to sell the property to pay for gallbladder surgery he needed, according to the Real Deal. Richard allegedly did not want to sell, citing “unrelated issues between the two brothers including back to childhood.”

In early April 2018, the brothers agreed to list the mansion as part of a package deal with three adjacent lots zoned for mixed-use apartments.

“It’s the same reason Wynwood went up very fast in price and the Design District went up in price,” Delbeke says. “We’re speaking about an up-and-coming neighborhood. Everything is coming up in price.”

Delbeke says the building cannot be torn down — in 1983, the City of Miami designated it as historic. But the mansion’s new owners could turn Villa Paula into a “ghost restaurant,” or make it their new home.

It’s just a matter of finding the right buyers.

“Some people in the world really love this idea,” Delbeke says. “They want to be owners of haunted properties, and some of them have the money to do it.”
KEEP MIAMI NEW TIMES FREE... Since we started Miami New Times, it has been defined as the free, independent voice of Miami, and we'd like to keep it that way. With local media under siege, it's more important than ever for us to rally support behind funding our local journalism. You can help by participating in our "I Support" program, allowing us to keep offering readers access to our incisive coverage of local news, food and culture with no paywalls.
Make a one-time donation today for as little as $1.