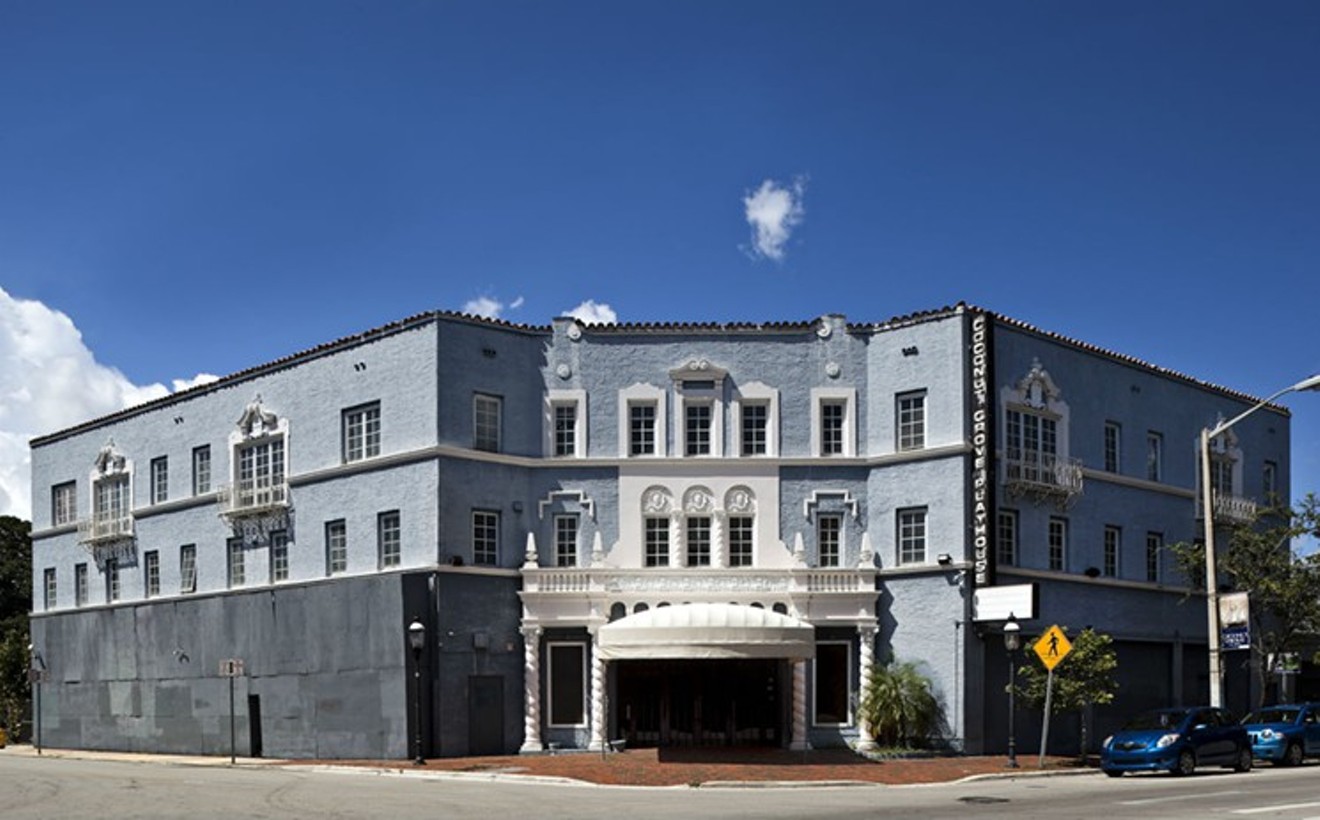 Pearl and other activists were dealt a blow earlier this month when the Miami Historic and Environmental Preservation Board signed off on the controversial plan, which would preserve only the wing-shaped front portion of the storied building. But far from giving up, they’ve appealed the decision and are considering putting the issue to voters as a ballot item or filing a lawsuit.

“We’re not taking any options off the table,” says Pearl, who runs the Facebook group Save the Coconut Grove Playhouse. “Whatever it takes, we’re not going to stop unless that thing is demolished, which we hope doesn’t happen. But until it does, there’s always hope.”

The city's plan would tear down the 1,100-seat theater and replace it with a mixed-use development that includes a new 300-seat theater, retail and office space, a parking garage, and, potentially, apartments. The proposal is based on an architect's conclusion that the theater's interior is not historically significant after multiple renovations.

City officials say their plan is the best way to preserve the future of the playhouse, which was shuttered in 2006 because of mounting debt. They claim the city cannot sustain a theater with more than 1,000 seats.

But Pearl says demolishing the theater undermines voters' wishes and misuses taxpayer dollars. Voters in 2004 approved spending $15 million to restore the historically designated playhouse, which was built in 1927 and was once among the nation's leading theaters, premiering works by Tennessee Williams and Samuel Beckett. The city is spending $20 million on the project, with the money coming from two bond programs.

"It's not just the style of architecture that deems it historic," says Pearl, who grew up attending shows at the playhouse. "It's also the people and events that have occurred there that make it historic."

Some critics also have concerns about the way the new theater would be operated. The city in 2013 made an agreement with the state, the owner of the playhouse, to save and reopen it through Florida International University. FIU signed a 99-year lease for a small price, and the 300-seat theater will be run by GableStage, a respected nonprofit company now operating out of the Biltmore Hotel.

Critics say there was no competitive, open bidding process for that opportunity, and GableStage is set to receive the net revenue of the parking spaces and retail for 99 years despite the fact the development is being built at the public's expense on a property owned by the state.

The appeal of the board's decision is set for June 22. Pearl, who believes the city is replacing a historic gem with another CocoWalk (which is set to be partially demolished itself), is hoping for a good turnout. He says he constantly hears people talk about history being paved over in Miami.

"Everybody has these complaints about Miami," he says. "I'm like, 'Well, why don't you do something about it?'"