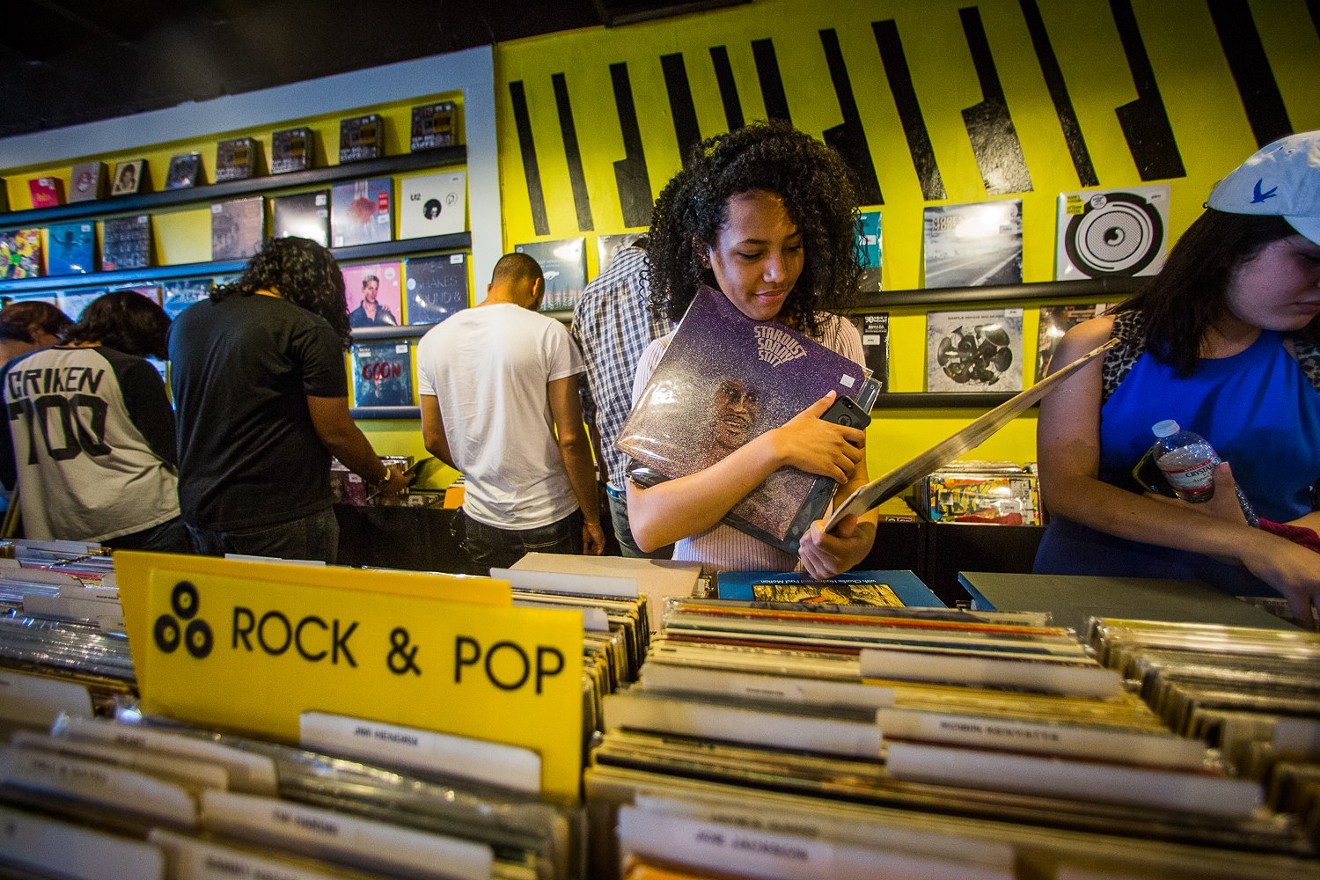 This music treasure trove is worth the trek across the county line. Photo by Ian Witlen/thecameraclicks.com
There's something to be said about the rush a vinyl enthusiast gets after spotting that rare find. The sport of collecting records is all about the hunt. Or perhaps it's about the act of holding the record in your hands, admiring the album art, and dropping the needle that satisfies. Is it the best way to listen to music? It is for many.

For the uninitiated, it's time to get out there and start your record collection. Support your local record stores and explore South Florida's six best. Sweat Records
Photo by Karli Evans
1. Sweat Records. If you've ever wondered where all of Miami's music nerds congregate, look no further than the building with murals of music icons, better known as Sweat Records. Situated next to Churchill's Pub in Little Haiti, this thriving independent shop is a well-known pillar of Miami's music scene. It hosts various monthly community events ranging from live in-store performances on its small stage to movie nights. Its Classic Album Sundays event was dubbed "Best Way to Spend a Sunday" by New Times this year. A strong sense of community can be felt at this spot. Not only does the intimate shop offer an impressive selection of both new and used LPs across genres (including music by some of your favorite locals), but you can also find some really neat gifts (don't miss the Miami-themed lapel pins), CDs, books, and so much more. Be sure to grab a cup of coffee and a vegan treat from the store's coffee bar after a day of crate digging. Sweat Records forever. 5505 NE Second Ave., Miami; 786-693-9309; sweatrecordsmiami.com. 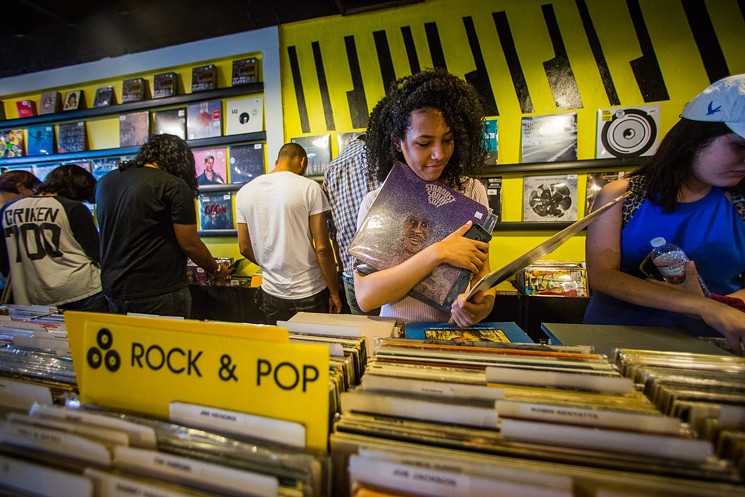 This music treasure trove is worth the trek across the county line.
Photo by Ian Witlen/thecameraclicks.com
2. Radio-Active Records. The electric-yellow building on North Federal Highway in Fort Lauderdale beckons music fanatics to sate their vinyl appetites. If you're questioning the trek from Dade to Broward, just don't. This music treasure trove is worth crossing the county line. The independent store was named "Best Place to Buy CDs" this year by New Times. The store carries a solid collection of new and used vinyl in a variety of genres, including punk, hip-hop, indie rock, classical, country, and house. Immerse yourself in South Florida's music scene by attending in-store events such as new-release listening parties, live performances, and book signings. So be sure to keep up with the shop's happenings via its Facebook events page. If you're looking to sell some of your prized collection, the store also buys records. Radio-Active has you covered with cassettes too. For those with vinyl fever, park your U-Haul truck behind the store. 845 N. Federal Hwy., Fort Lauderdale; 954-762-9488; radio-active-records.com. 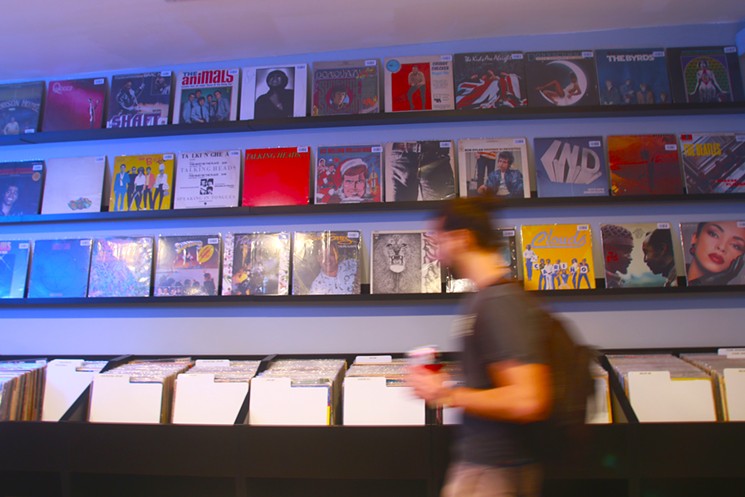 Check out Miami's newest record shop.
Courtesy of Brooklyn Vintage & Vinyl
3. Brooklyn Vintage & Vinyl. Less than a year old, Brooklyn Vintage & Vinyl has already been crowned "Best Record Store" by New Times. The cozy Allapattah spot specializes in used vinyl. In a 2016 interview, store owner Diane Perez told New Times: "It's pretty much all records. There are some cassettes and T-shirts we made up with the store's logo for sale. I've bought some collections over the years, so there are a couple records that are still sealed, but we're not selling anything right now that is less than 15 years old. Everything is pretty much from the year 2000 or earlier." Listen to previously loved finds at the store's listening station, equipped with comfy chairs and a serious living-room feel. Be sure to pass by the shop's Spiked Records + Jam event, offering live music every third Sunday of the month. 3454 NW Seventh Ave., Unit C, Miami; 305-575-9160; brooklynvintageandvinyl.tumblr.com.