Where to Find Pappy Van Winkle in Miami

This American bourbon, produced at Buffalo Trace Distillery in Frankfort, Kentucky, from a family recipe that's more than a century old, has become famous for its scarcity and, hence, high price.

Coveted by celebrity chefs, industry professionals, and whiskey connoisseurs alike, Pappy Van Winkle has become known for its impressive mastery of the craft and gained acclaim for its high-scoring flavor profile ratings and limited-batch releases that are aged ten years or more.

The bourbon is released in the fall, and many retailers join a waitlist or lottery in hopes of snagging some of the rare bottles distributed annually. A bottle can cost as much as $850 for the special reserve, but a host of restaurants and bars in Miami sell the precious elixir by the glass. Whether you're celebrating a special occasion or simply want to see what the hype is about, you can try Pappy Van Winkle at these Miami restaurants.

Ember Miami in the Design District offers three kinds of bourbon from the Van Winkle distillery.
Photo by Mike Butler

151 NE 41st St., #117, Miami
786-334-6494
embermiami.com
At Ember Miami, chef Brad Kilgore's wood-fired American bistro in the Design District, Pappy fans can find three aged varieties that are served neat or with a large cube of ice. The Old Rip Van Winkle 10-year, which retails for upward of $600 per bottle, is available for $45 per glass. The Van Winkle Special Reserve Lot "B" 12-year bourbon costs $60 per glass, and the Pappy Van Winkle's Family Reserve 15-year Kentucky straight bourbon runs $85 per glass.

736 First St., Miami Beach
305-800-7274
papisteak.com
The newest addition to the Groot Hospitality family, Papi Steak is a Miami Beach restaurant perfect for enjoying indulgences such as a fine glass of bourbon paired with a meaty steak. The Old Rip Van Winkle 10-year costs $50 per pour. 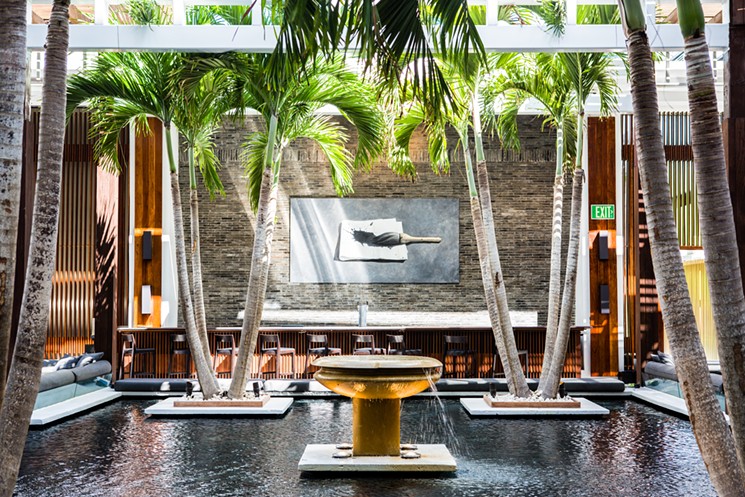 The Setai boasts a vast selection of spirits, including Pappy Van Winkle.
Photo courtesy of the Setai Miami Beach

2001 Collins Ave., Miami Beach
855-923-7899
thesetaihotels.com
This luxury hotel in Miami Beach sometimes scores the scarce 23-year bottle, but currently, it carries the Old Rip Van Winkle 10-year on the shelf of the swanky bar. Served neat, this two-ounce pour costs $115, but the views and ambiance just outside in the courtyard are priceless. 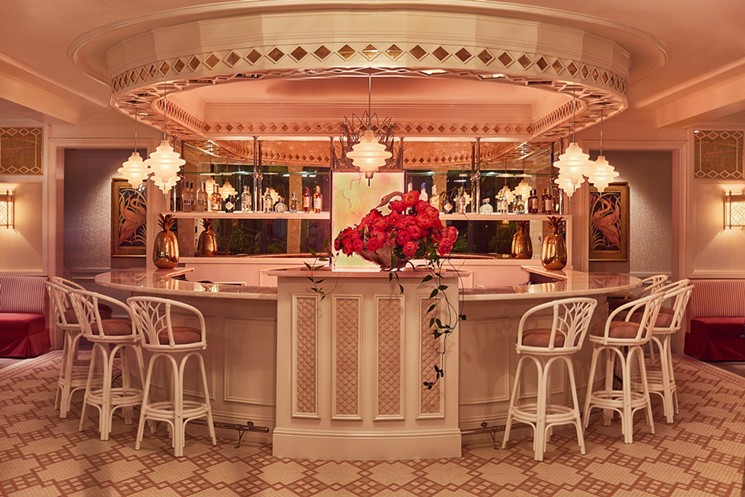 90 NE 39th St., Miami
305-704-0994
swanbevy.com
The bar at Swan is often buzzing, and if you're looking for Pappy, this pretty pink spot offers pours from two bottles. Grab a seat, enjoy the people-watching, and order the Old Rip Van Winkle 10-year for $50 or Pappy Van Winkle's Family Reserve 15-year for $80. 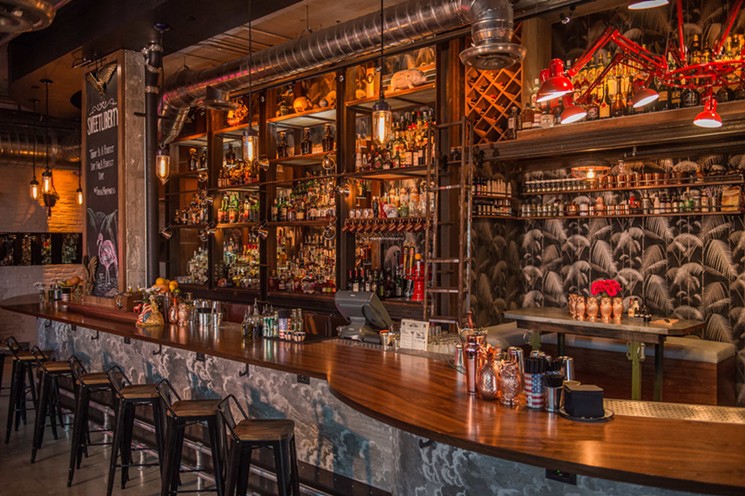 237 20th St., Suite B, Miami Beach
305-763-8217
mysweetliberty.com
This award-winning bar in Miami Beach offers a variety of hard-to-find spirits. Sometimes you can even spot the Pappy 23-year peeking from the shelves. The bar currently offers the Old Rip Van Winkle 10-year and the Family Reserve 15-year, priced at $102 and $120, respectively. The two-ounce pours can be served neat or on the rocks. 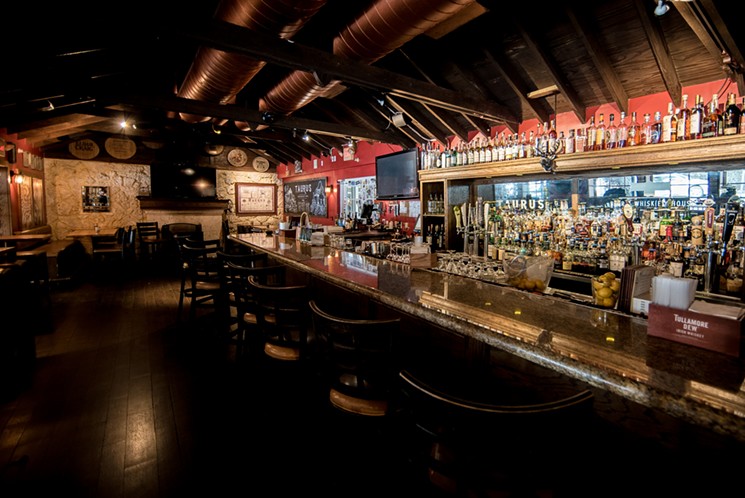 3540 Main Hwy., Coconut Grove
305-529-6523
taurusbeerandwhiskey.com
Coconut Grove's favorite whiskey bar is holding true to its name by offering a couple of the distillery's aged bourbons. The Old Rip Van Winkle 10-year is available for $105 per two-ounce pour, and the Special Reserve Lot "B" 12-year runs $115. Sometimes Taurus carries older bottles depending upon the bar's ability to obtain them.
KEEP MIAMI NEW TIMES FREE... Since we started Miami New Times, it has been defined as the free, independent voice of Miami, and we'd like to keep it that way. With local media under siege, it's more important than ever for us to rally support behind funding our local journalism. You can help by participating in our "I Support" program, allowing us to keep offering readers access to our incisive coverage of local news, food and culture with no paywalls.
Make a one-time donation today for as little as $1.