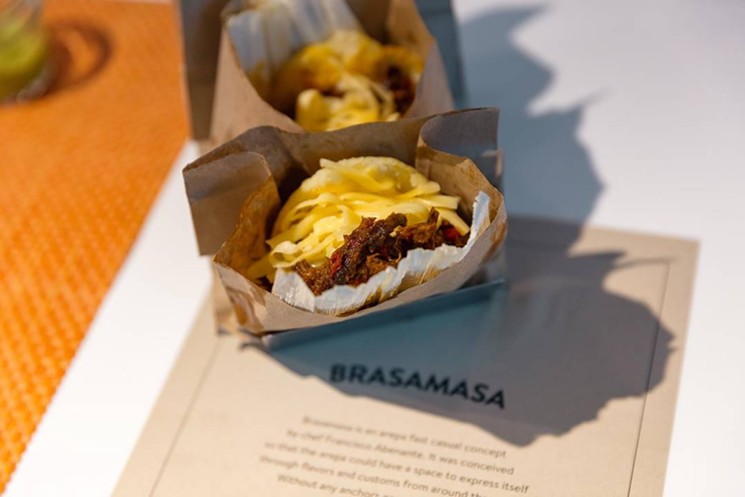 Karli Evans
South Florida VegFest at War Memorial Auditorium. South Florida VegFest returns Saturday with vegan food, speakers, performers, education sessions, unlimited tastings, and other fun. As with previous festivals, the goal is to rally the community over plant-based cuisine and cruelty-free products. Plus, for the first time, the third-annual festival will also include the World Vegan Body Building Championships, which will present athletes on a 100 percent vegan diet. Noon to 6 p.m. Saturday, December 1, at War Memorial Auditorium, 800 NE Eighth St., Fort Lauderdale; vegfestexpos.com. Tickets cost $20 to $65 via axs.com.

Courtesy of KYU
Portrait Project at Kyu. Get an inside look at the faces behind Kyu at Portrait Project, an exhibit celebrating the many faces and personalities of the hospitality industry. The restaurant will present 32 creative portraits of Kyu staff, captured by Anastasiya Yurkevich, in a nearby Wynwood art gallery, paired with behind-the-scenes video outtakes and interactive activations. Funds will be donated to the Cameron G. Scholderer Scholarship Endowment. Scholderer, Kyu's bar manager, passed away suddenly in November 2016. The endowment will provide scholarships for students following in Scholderer's footsteps and pursuing a career in beverage management at FIU's Chaplin School. 11 a.m. to 7 p.m. Sunday, December 2, at 415 NW 26th St., Miami; 786-577-0150; kyurestaurants.com. Admission is free; drink tokens given with donations.
KEEP MIAMI NEW TIMES FREE... Since we started Miami New Times, it has been defined as the free, independent voice of Miami, and we'd like to keep it that way. With local media under siege, it's more important than ever for us to rally support behind funding our local journalism. You can help by participating in our "I Support" program, allowing us to keep offering readers access to our incisive coverage of local news, food and culture with no paywalls.
Make a one-time donation today for as little as $1.