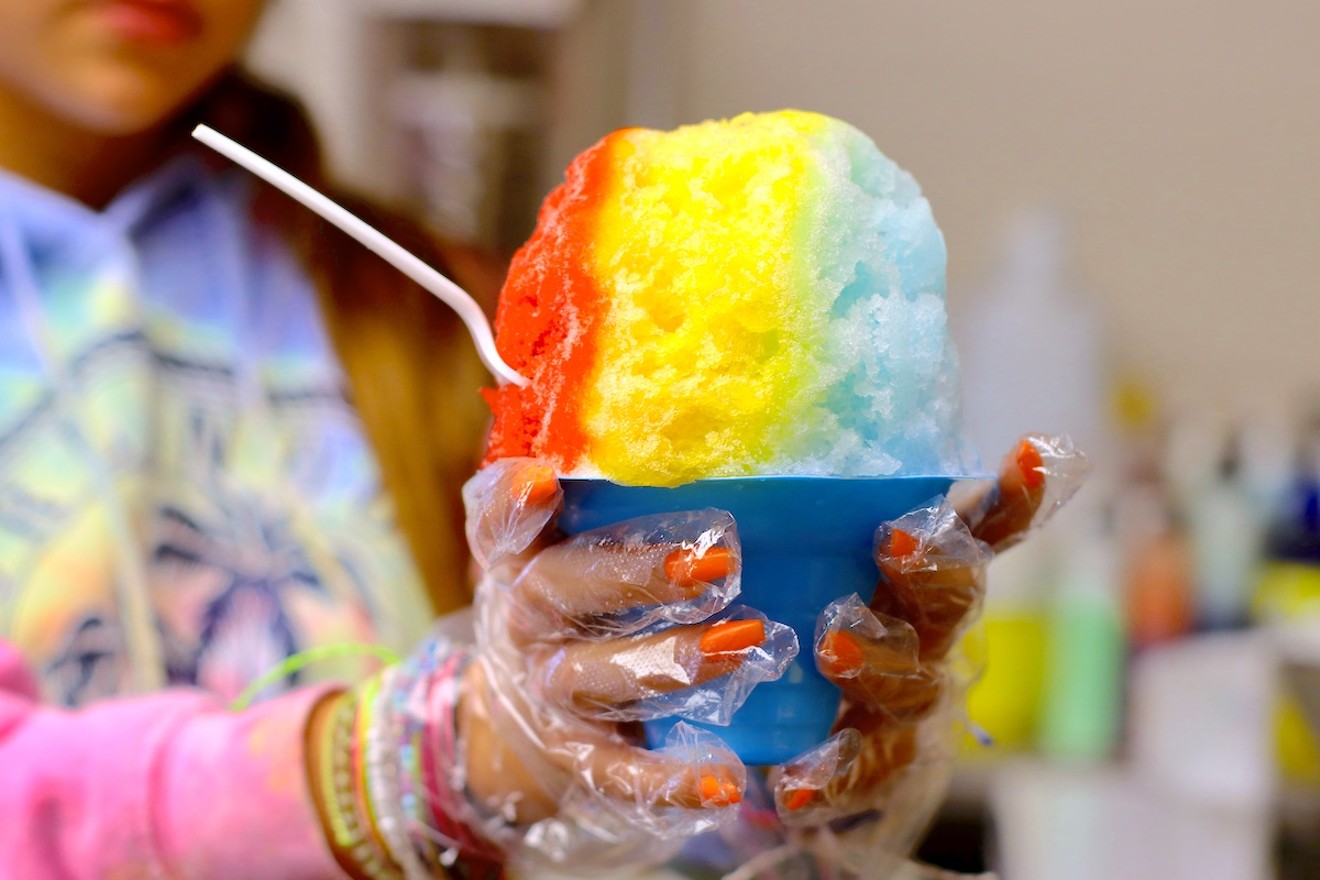 Not to be confused with snow cones or slushies, Hawaiian shave ice has a soft and fluffy mouthfeel that bursts with flavor. And according to Sweet Aloha Ice Cream owners Jimmy and Lynne Anderson, their shop is the only place you’ll find true shave ice anywhere in Broward and Miami-Dade counties.

“We are the only ones serving it the traditional way, to my knowledge,” says Jimmy Anderson, who relocated to Broward from California during the pandemic.

Sweet Aloha Ice Cream has its roots in the couple’s Huntington Beach-based Haole Boys Shave Ice, a business launched as a mobile catering business and food truck in 2014.

At the time, Jimmy had dreams of starting his own business. Inspired by his wife’s Hawaiian ancestry, he began researching shave ice, a dessert that dates back to the early 1900s, when Japanese immigrants began selling kakigori, a sweetened shaved ice, to the island’s sugarcane workers.

Haole Boys was fitting business name for an American man who wanted to open a Hawaiian shave ice venture; Lynne Anderson explains that the slang word haole (pronounced “how‑lee”) is often used to describe mainlanders or foreigners not born of Hawaiian or Polynesian descent.

“I remember asking: ‘What is a haole boy going to know about authentic Hawaiian shave ice?’ We realized it was perfect,” says Lynne, who is of native Hawaiian descent.

Soon after, Jimmy began experimenting with various flavors and preparation methods to develop a true Hawaiian shave ice. After months of trial and error — using Lynne's Hawaiian relatives and friends as taste testers — the couple launched their first food truck.

When the couple moved to South Florida, Jimmy began operating his ice-shaving machines to make the frozen treat for their new neighbors. That led to a retail shop. “Our goal was always to open an ice cream shop alongside our Haole Shave Ice truck, but we never had the time," he says. "But we found it here.”

Their store, which sells shave ice and house-made ice cream, opened in a small space off State Road 84 in August of 2021. 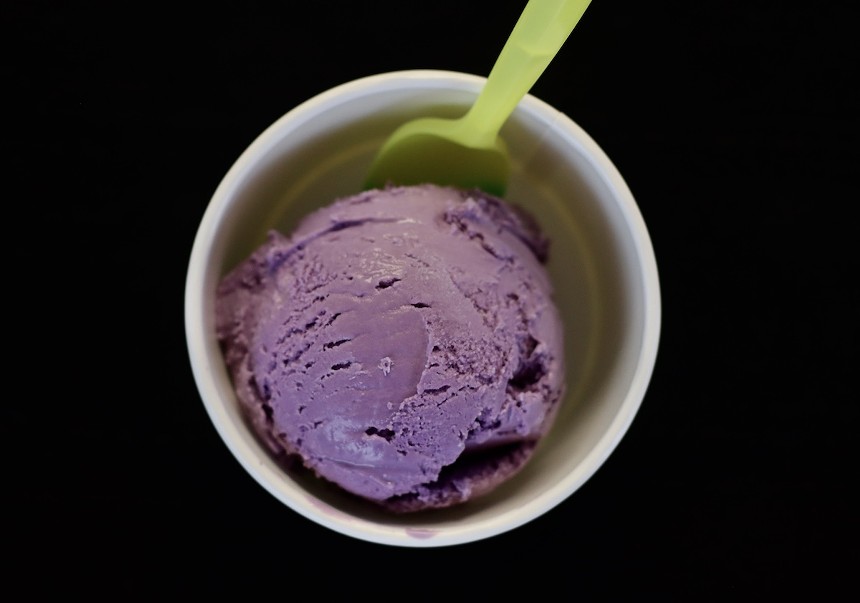 Distinct from snow cones that use crushed ice, Hawaiian shave ice presents as s fine-shaven fluff, a unique texture akin to freshly fallen snow. Perfectly light, it absorbs the flavored syrups better than crushed ice, holding the flavor rather than having it drain through the bottom of the cup. Jimmy says It’s best when served with a scoop of ice cream and topped with a swirl of sweetened condensed milk known as a “snow cap.”

There's a menu of signature flavor combinations based on customer requests, including picks like “Keiki Rainbow” (blue raspberry, strawberry, and mango) and “Tropical Rainbow” (coconut, pineapple, and "Tiger’s Blood," strawberry infused with coconut). And don’t sleep on the “Hawaiian Sunrise,” made especially for Lynne’s aunt, who requested something to remind her of Hawaii; it's a shave ice made with passionfruit, guava, and papaya served over a scoop of vanilla ice cream and topped with a snow cap.

One year in, Jimmy considers himself a frozen dessert enthusiast, having added his own line of house-made ice cream. A dozen flavors rotate regularly, each made in-house with wholesome ingredients in small batches. Current selections include Jimmy’s ube-flavored ice cream, made with Filipino purple yams.

“We feel so fortunate to have the opportunity to share the spirit of 'aloha' feeling with South Florida," he says. "We’re making this amazing product — it’s soft, fluffy, and melts in your mouth and is bursting with flavor — but the biggest benefit is making people happy and seeing the smiles on customers' faces. Whether it's their first memory, or a nostalgic one, experiencing real Hawaiian shave ice."

Sweet Aloha Ice Cream. 8600 W. State Road 84, Davie; 954-530-2231; sweetalohaicecream.com.
KEEP MIAMI NEW TIMES FREE... Since we started Miami New Times, it has been defined as the free, independent voice of Miami, and we'd like to keep it that way. With local media under siege, it's more important than ever for us to rally support behind funding our local journalism. You can help by participating in our "I Support" program, allowing us to keep offering readers access to our incisive coverage of local news, food and culture with no paywalls.
Make a one-time donation today for as little as $1.