Sunny's Steakhouse to Close for Summer 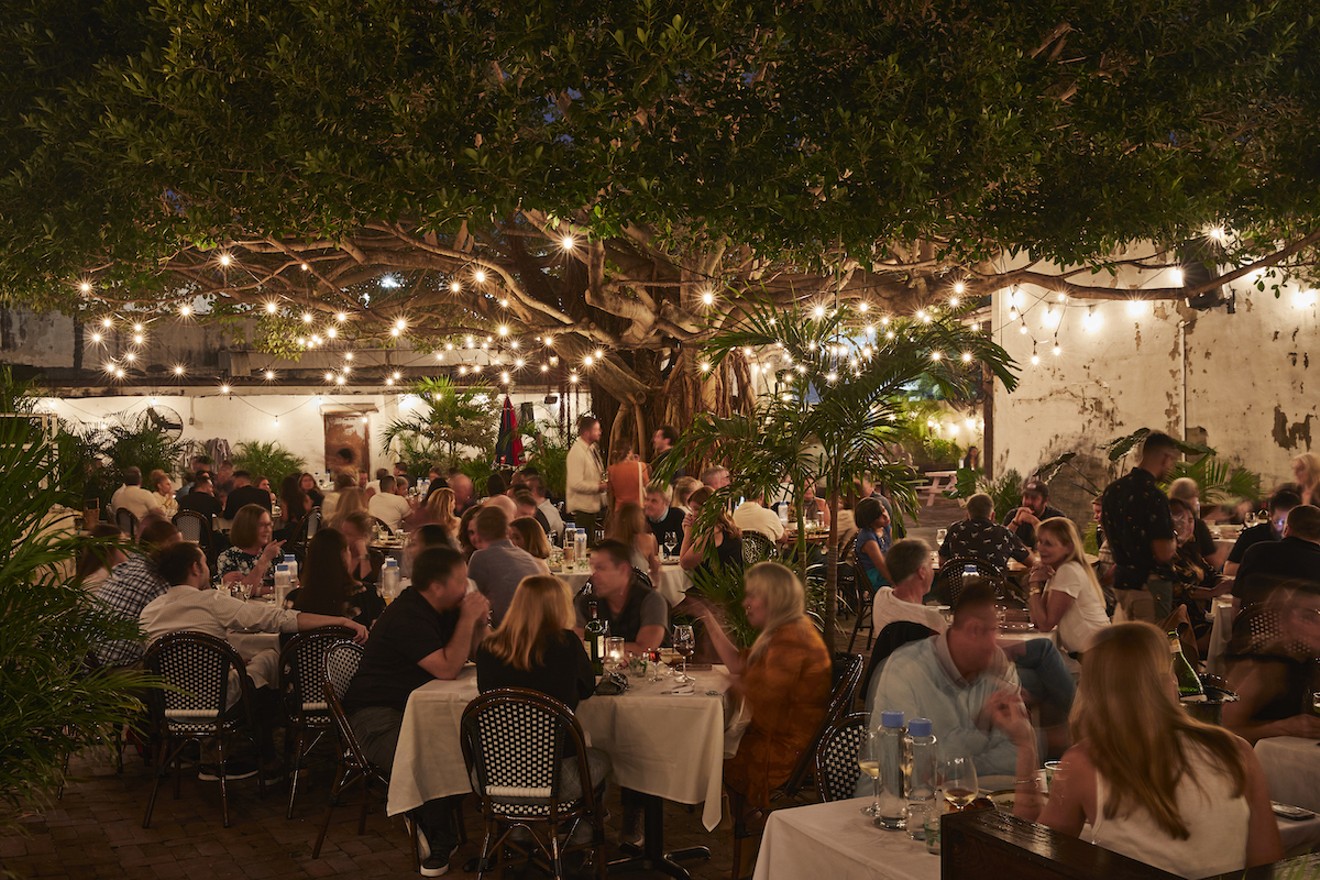 Sunny's Steakhouse offers a steak under the stars. Photo by Michael Pissari
In many cities, seasonal shops and restaurants are par for the course. In Europe, entire destinations like the Amalfi Coast and many islands in Greece enter a sort of hibernation for the winter months, as do stateside seaside resorts on the Jersey Shore and in New England.

Florida's weather lends itself to year-round tourism and few establishments shut down operations for months on end. But, the summer months do bring rainstorms and heat indexes, making a purely outdoor restaurant difficult to manage.

And so it is that Sunny's Steakhouse will close for the summer on May 8. The restaurant is co-owned by Will Thompson and Carey Hynes, who also own the popular downtown Miami bar Jaguar Sun.

During the pandemic, when bars were forced to close for an extended period of time, the duo opened Sunny's, an outdoor restaurant that serves classic steakhouse fare and martinis around a giant tree festooned with twinkle lights. The restaurant immediately struck a chord with Miamians who gushed over the outdoor setting, the meat Hynes cooked on an outdoor grill, and Thompson's sophisticated cocktails.

Last year, the restaurant closed for the summer, then reopened in the same location.

This year, however, when Sunny's reopens in the fall in its location at Lot 6 in the Little River neighborhood, it will be equipped with an indoor dining room with seating for 70 people. There'll also be an indoor kitchen and more bar space.

"Rain is a known problem for us. There's nothing quite like having a sudden downpour in the middle of a Friday dinner service at 8 p.m.," he says. Additionally, a steakhouse doesn't lend itself to humid nights. "A big cabernet and a pork chop may not be something that you want to think about for dinner when it's completely humid out," he notes.

Thompson and Hynes will make use of the summer months to bring back the dinner menu at Jaguar Sun, beginning on June 1.

"The pastas, crudos, and Parker House rolls are back," Hynes reports, adding that the restaurant also offers a daily happy hour from 5 to 7 p.m., complete with one-dollar oysters. And "teeny, tiny, 'tinis," adds Thompson. "How much fun is that?"

If you want one more dinner at Sunny's Steakhouse, you have until Sunday, May 8, to get your fill of steakhouse classics and martinis till fall.

Sunny's Steakhouse. 7357 NW Miami Ct., Miami; jaguarsunmia.com.
KEEP MIAMI NEW TIMES FREE... Since we started Miami New Times, it has been defined as the free, independent voice of Miami, and we'd like to keep it that way. With local media under siege, it's more important than ever for us to rally support behind funding our local journalism. You can help by participating in our "I Support" program, allowing us to keep offering readers access to our incisive coverage of local news, food and culture with no paywalls.
Make a one-time donation today for as little as $1.