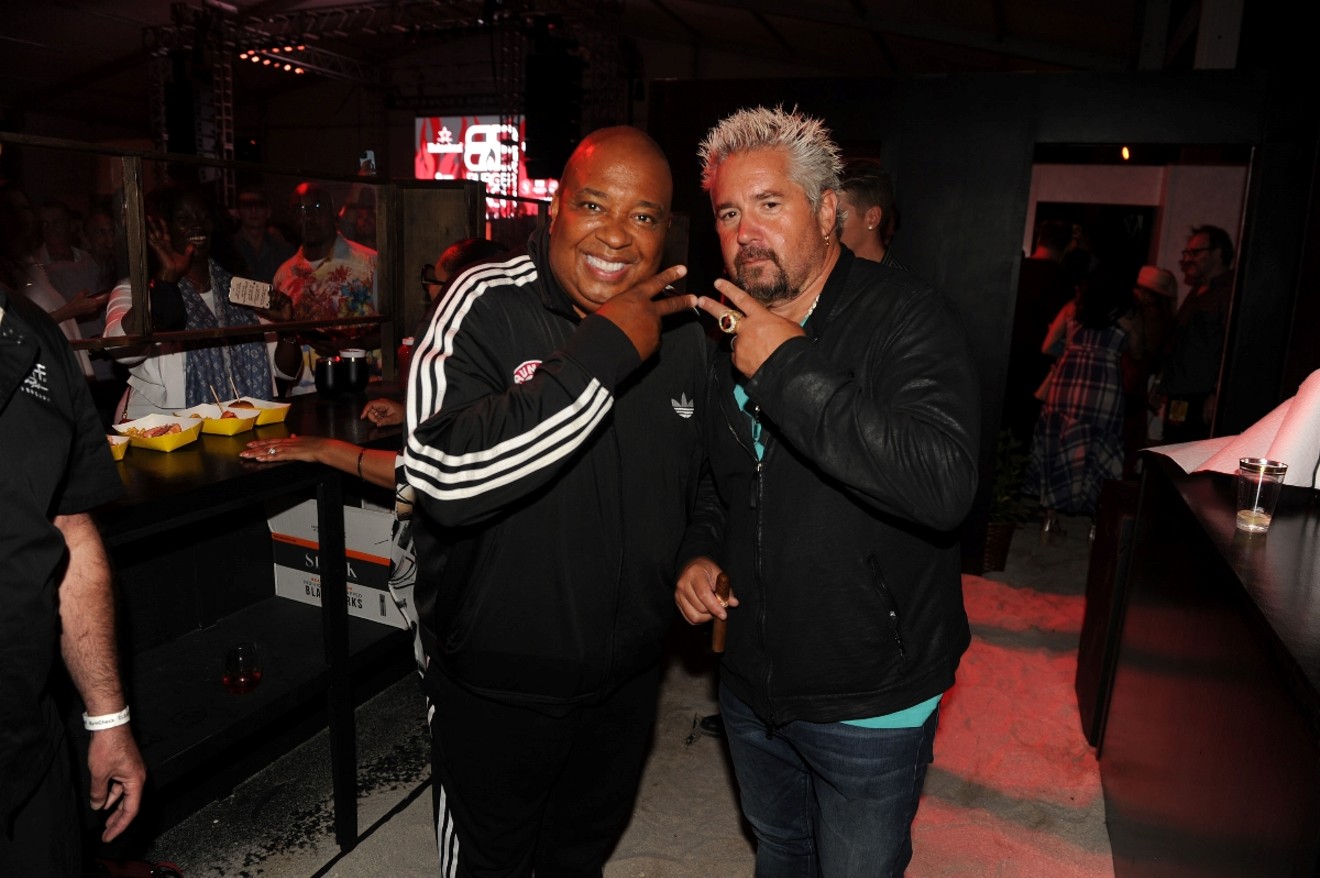 Last evening's Burger Bash at the South Beach Wine & Food Festival (SOBEWFF) was, to all extents and purposes, the same celebration of hamburgers and beers it's been for nearly two decades.

Sure, there were COVID-sniffing dogs at the entrance, and the dance floor near the stage was gone to discourage people from gathering, but there were still burgers, beer, and plenty of excitement to be had.

This year, the Burger Bash was divided into two sessions, with each  holding its own competitions for best burger. That also meant more opportunities for restaurant owners to take home a coveted prize. (Full disclosure: I was a judge in the second session, along with Kelly Blanco, Nick DiGiovanni, and Raul de Molina.)

Celebrity chef Bobby Flay served as host and emcee of the event, flying in from Las Vegas overnight just to hand out the awards and try a few burgers. 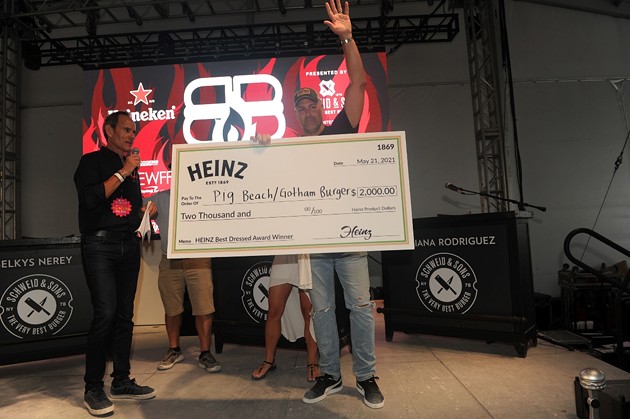 The Pig Beach burger won the Heinz "Best Dressed" award in both the first and second sessions. It was also named the People's Choice burger in session two. If you want to try the winning burger, Pig Beach plans on opening in Palm Beach in the near future.

Miami's own Kush won the People's Choice award in the first session.

American Social won the first session's Schweid Judges' award for its smash burger, with Ted's Burgers winning the Schweid Judges' award at the second session of Burger Bash. Owner Ted Armas told New Times he was thrilled with the win. "I'm covered head to toe in onion juice from slicing onions all day, but it was worth it."

If you'd like to try Ted's winning burger, the "Double OKC" fried-onion smash burger, you can head out to J. Wakefield Brewing Company this weekend — or any weekend. Ted's sets up shop on Saturday and Sunday afternoons outside the brewery.

The highlight of the evening, however, had to be when Guy Fieri and Run DMC's Rev Run crashed the party. The duo took to the stage as the DJ played the now-iconic song, "It's Tricky".

Fieri, holding a cigar in one hand and a cocktail in the other, sang along with Rev Run, as fans chomped on burgers and drank beers — just like old times.
KEEP MIAMI NEW TIMES FREE... Since we started Miami New Times, it has been defined as the free, independent voice of Miami, and we'd like to keep it that way. With local media under siege, it's more important than ever for us to rally support behind funding our local journalism. You can help by participating in our "I Support" program, allowing us to keep offering readers access to our incisive coverage of local news, food and culture with no paywalls.
Make a one-time donation today for as little as $1.