Mila to Expand with Private Club, Lounge, and Omakase Spaces 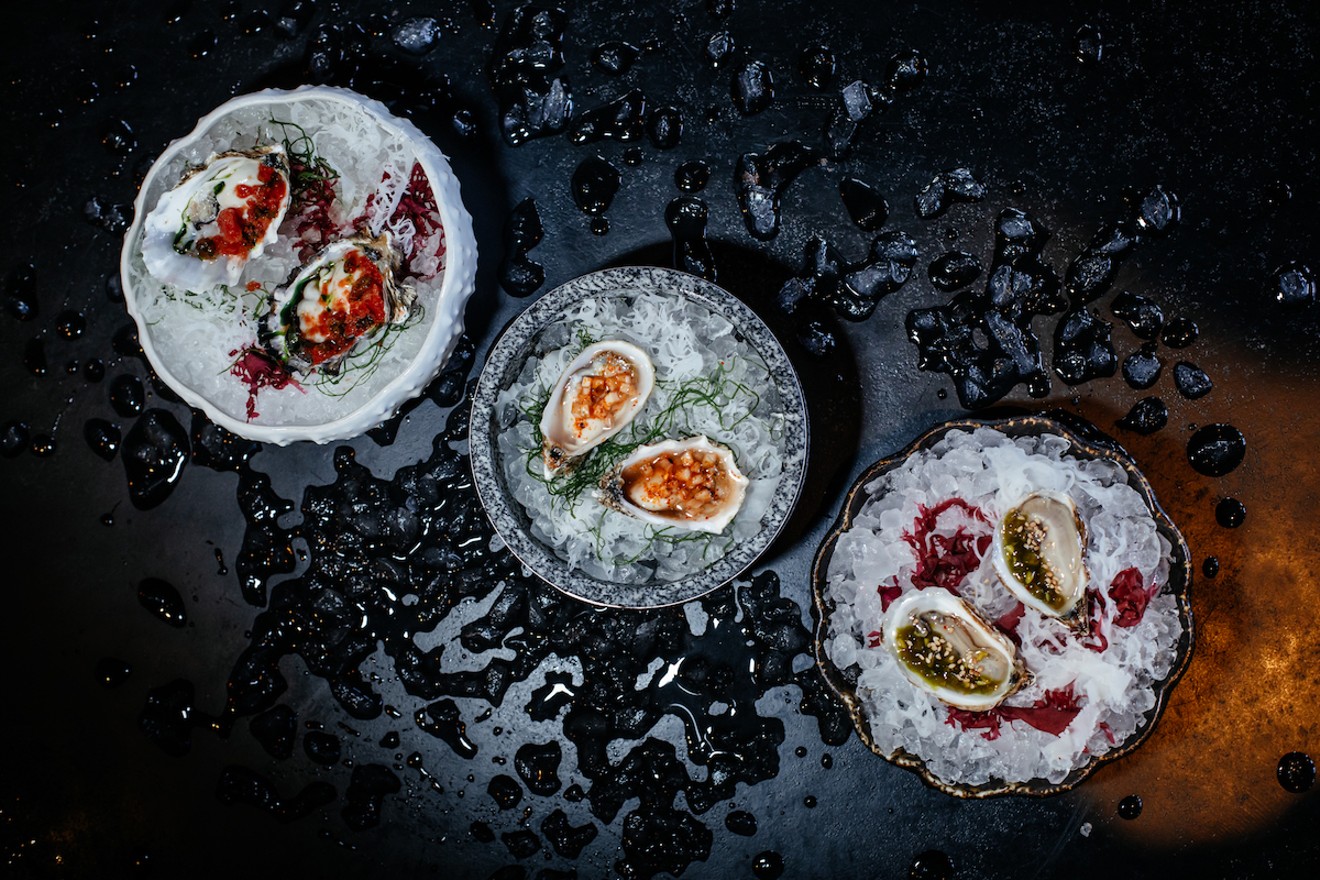 Dazzling cuisine is already a Mila staple. A private club, lounge, and omakase space will soon complement it. Photo courtesy of Mila Restaurant
A Miami Beach dining destination is set to take things to a whole new level.

Mila, tucked just off the Lincoln Road artery at Meridian Avenue, is building off its existing Mediterranean-meets-Asian vibe with an expansion and new second level. The growth includes three new spaces: an "ultra-private, members-only club;" a ten-seat omakase area; and a 150-guest lounge.

The spot is owned and operated by Rivera Dining Group and French-born founders Gregory and Marine Daly. Despite having to close Mila shortly after its 2020 opening at the hands of the COVID-19 pandemic, Gregory Daly says it "overnight became one of the top-grossing restaurants in South Florida." He estimates more than 220,000 customers have visited the restaurant each year since its opening.

"We've been very lucky to be at the right place at the right time," Marine Daly tells New Times. "In 2020, Miami was one of the very few cities in the world to be active, which gave us an opportunity to keep pushing the envelope. After two years, the full world has reopened, and this market is getting even more competitive. It's a perfect opportunity to push the envelope again and respond to the needs of our guests with a glamorous and nightlife component."

Hallmarks of the existing Mila concept — which is set to receive a facelift of its own with details to be announced — include a 150-seat, earth-toned dining room, and a wood-clad, teardrop-lit bar. And, of course, there's its open-air rooftop terrace, complete with a water garden.

Its culinary team — led by executive chef Helmy Saadon and under the direction of Riviera Dining Group head of culinary Michael Michaelidis — currently serves up dishes ranging from a grilled whole branzino with smoked eggplant caviar ($72) to a 32-ounce prime tomahawk with onion jus ($250). Mila's newest spaces will expand on the current food and beverage operations.

When completed, the members-only MM Club promises an upscale spin on the traditional speakeasy, complete with a rust-colored marble bar, tile-draped columns, and a wood-beam accented ceiling. Gregory Daly says applications to the club will be limited and require two existing members' endorsement.

Mila Omakase includes a countertop made from a 300-year-old red camphor tree and a wood-cutting board made from 500-year-old hinoki wood. There will be two seatings per night, each running approximately two and a half hours. The Mila Lounge vibe will include warm glow lamps, lush foliage, wooden ceilings, and private cabanas along its walls. Rounding out the ambiance will be a natural stone bar and DJ booth for guest artists.

According to Gregory Daly, the new spaces are currently projected "to open the week before Art Basel," which is slated for December 1 through 3.

Mila. 1636 Meridian Ave., Miami Beach; 786-706-0744; milarestaurant.com.
KEEP MIAMI NEW TIMES FREE... Since we started Miami New Times, it has been defined as the free, independent voice of Miami, and we'd like to keep it that way. With local media under siege, it's more important than ever for us to rally support behind funding our local journalism. You can help by participating in our "I Support" program, allowing us to keep offering readers access to our incisive coverage of local news, food and culture with no paywalls.
Make a one-time donation today for as little as $1.