Kyu and Other Miami Restaurants Expand to New York City 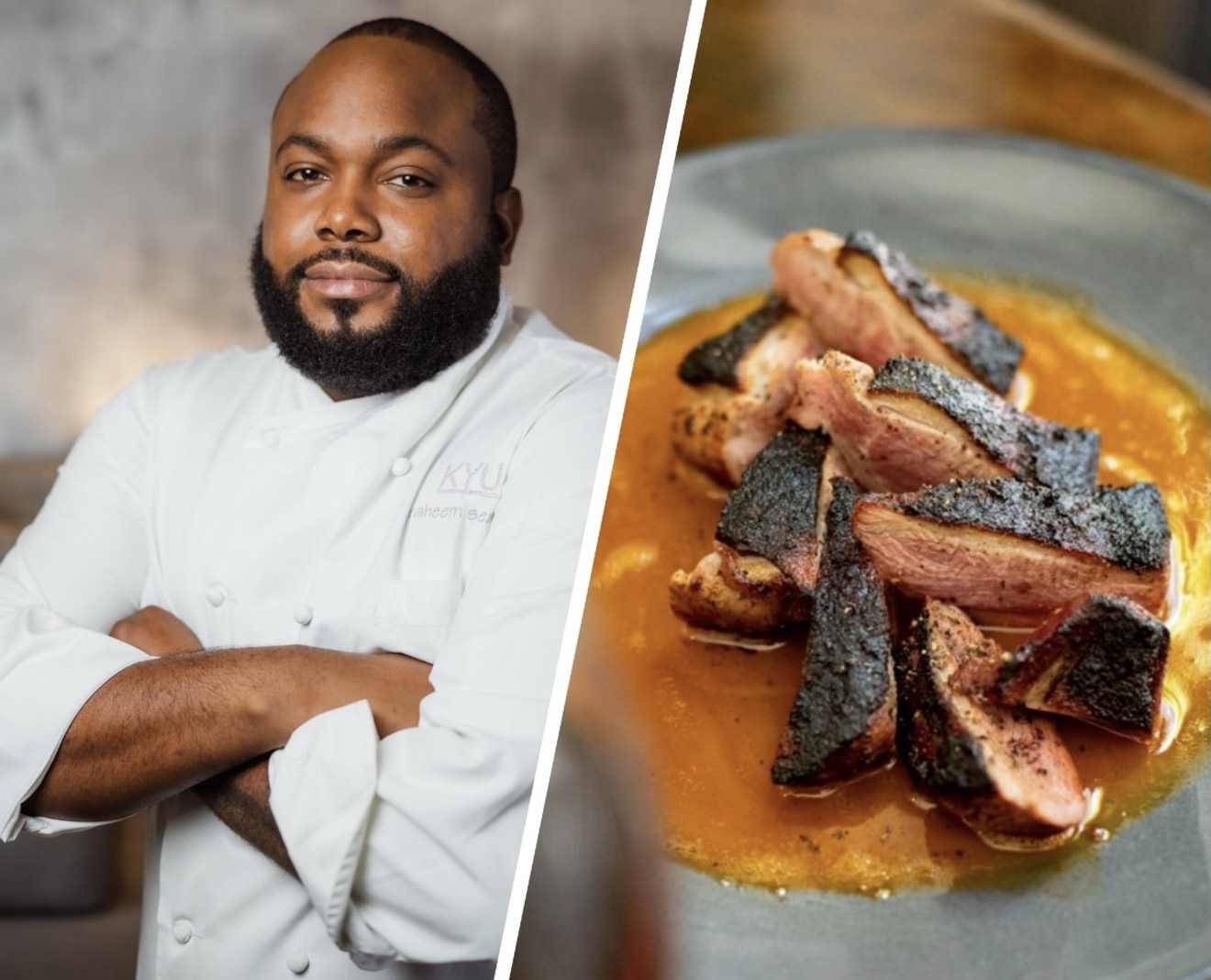 This year Kyu executive chef Raheem Sealey will open the brand's third location — in New York City. Photos courtesy of Carma Connected
It's no secret that New York City restaurants have been migrating south to Florida over the past year, wooed by the Sunshine State's more forgiving business climate (and its sunshine). But recent events point to a new migration, in the opposite direction.

Kyu, an Asian-inspired restaurant that first fired up its wood-fired grill in Wynwood in 2016, recently announced plans to expand its operations into Manhattan. The move is part of a global expansion fueled by a partnership with Britain-based Reuben Brothers, a private-equity investment firm with real estate holdings around the world. Kyu Mexico City opened in August 2020 and is operated by Kyu's original partners, who formed Scotch and Bacon Hospitality Group.

The Reubens, along with Kyu founders Alan Omsky and Jordan Sayfie, plan to expand the Kyu brand across the U.S. and Europe, beginning with New York City, where they're putting the final touches on a deal for a space in the Meatpacking District. Raheem Sealey, Kyu's newly appointed executive chef, will open the new location.  Moving forward, the partners are eyeing additional locations in Los Angeles, Las Vegas, London, Paris, and Dubai.

Coincidentally, Meatpacking District darling, Pastis will become Kyu Miami's neighbor when it opens a location in Wynwood next year.

"Kyu became so successful, we want to keep the momentum going," cofounder Omsky tells New Times. "I believe New York is going to come back roaring. Ask any chef where they want to work one day, and they all want to go to New York. If you can survive in New York City, it will open doors anywhere in the world."

More than 1,000 New York City restaurants have closed since March of last year. Experts agree the state's massive population and income loss will have lasting consequences for New York City, especially when it comes to real estate and retail. (The grim outlook has even prompted prospective mayoral candidate Fernando Mateo to lure fleeing New York City businesses back from Miami.)

With so much restaurant space for lease, there's opportunity for entrepreneurs who can afford to invest.

Although the choice to open its Asian-themed Planta Queen in New York City’s NoMad neighborhood was not pandemic related, the group's recent decision to launch additional brands — including Mexican-themed Planta Cocina and Planta Burger — is a direct result of the opportunity Salm sees in NYC.

"The amount of times people told me I was crazy for expanding to NYC during the pandemic was plentiful," says Salm, who adds that he'll be opening Planta outposts in West Palm Beach and Maryland this year. "We're very bullish on New York and are using this opportunity to look for more locations in addition to Planta Queen NoMad. I think the city is going through a moment but will come out stronger and better then before — much the same way Miami has."

Moving forward, many aren't merely assessing what's been lost — they're also evaluating what it means for the future of the nation’s restaurant capital.

According to Stephen Zagor, a New York City-based consultant and educator focusing on restaurants and food businesses, the current state of the New York restaurant industry presents tremendous potential for opportunistic restaurateurs.

“This is a once-in-a-lifetime opportunity to find a reasonable lease of a space that already has most of a capital investment buildout,” Zagor tells New Times. “This is a little bit like a phoenix rising out of its ashes. As the sadness wanes away, people look at those failed businesses as potential for post-pandemic growth.”

According to Andrew Moger, founder and CEO of NYC restaurant real estate brokerage firm BCD, now is the perfect time for businesses to look for opportunity in NYC, perhaps much the same way many have looked to Miami.

“The opportunities in New York City are tremendous right now,” Moger tells New Times. “Truthfully, I don't think there's enough people taking advantage of it. I’m typically one to be very thoughtful and disciplined about development in New York City. Now, I’m happy to talk to anyone who will take time to listen to me and be opportunistic.”

Moger says he’s seen rents become more “reasonable than ever before,” with landlords willing to slash 10 to 20 percent per month on average — and in rare cases as much as 50 percent.

Andrew Rigie, executive director of the New York City Hospitality Alliance, says he too has witnessed commercial rents dropping. He's hopeful it’s a sign that New York City could be poised for a renaissance of sorts.

“NYC is the restaurant capital of the world, and I have no doubt this industry will come back stronger than ever,” Rigie says. “When our nearly 70 million annual tourists come back and people come out of lockdown, they’re going to want to dine and drink at our establishments. It’s going to allow for more concepts — both new and old — to thrive once again.”
KEEP MIAMI NEW TIMES FREE... Since we started Miami New Times, it has been defined as the free, independent voice of Miami, and we'd like to keep it that way. With local media under siege, it's more important than ever for us to rally support behind funding our local journalism. You can help by participating in our "I Support" program, allowing us to keep offering readers access to our incisive coverage of local news, food and culture with no paywalls.
Make a one-time donation today for as little as $1.