Food Events to Celebrate 4/20: Get Blazed at Coyo, Earth Day at the Moxy, and Bodega's "Puff, Puff, Pastor" 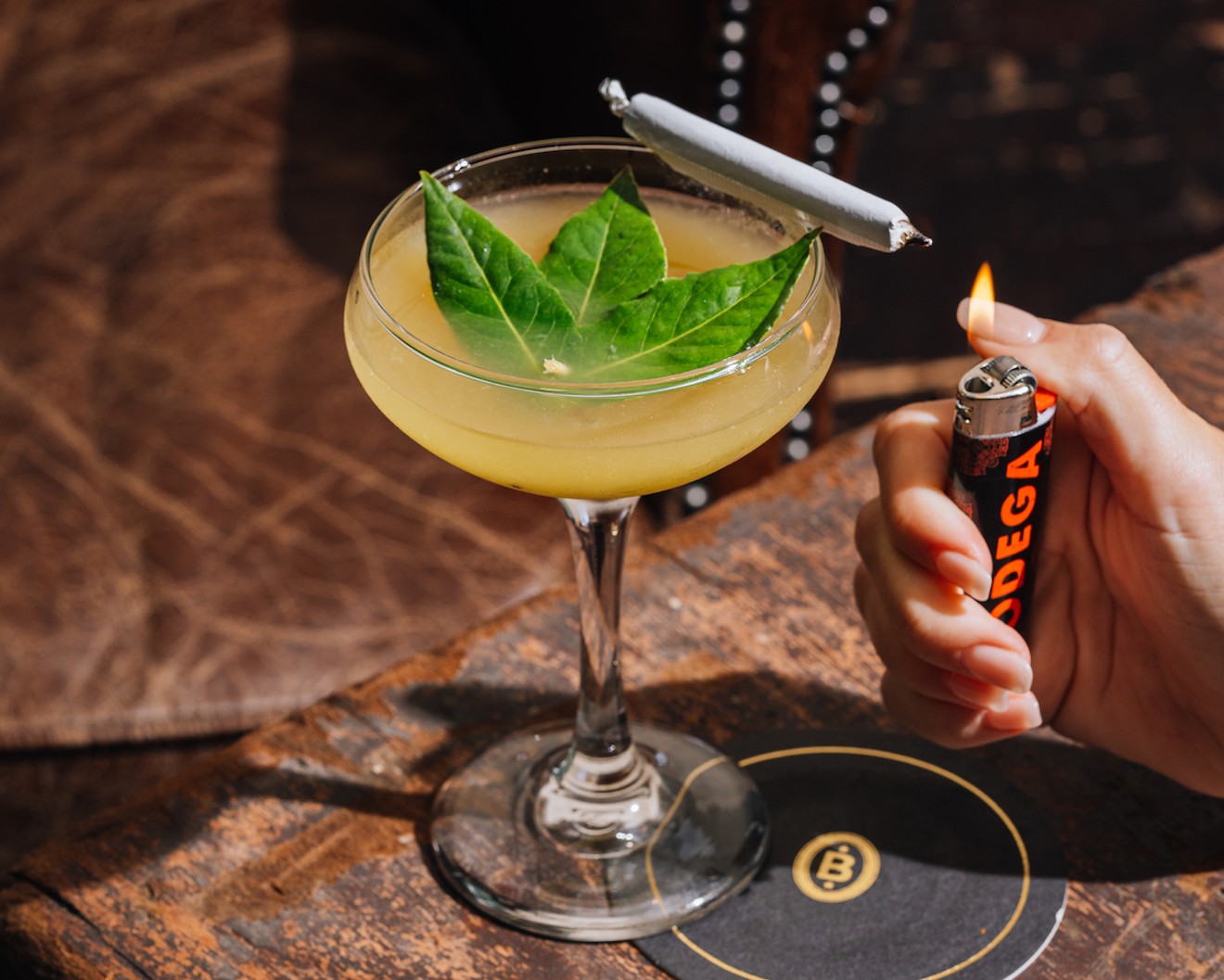 Bodega is celebrating 4/20 with a specialty CBD-infused cocktail and taco. Photo courtesy of Bodega
This week's food events in Miami include 4/20-themed foodie finds from Coyo Taco and Bodega, an arcade pop-up at the Oasis, and a special cocktail from the Moxy South Beach in support of Earth Day.

Know of any events that should be shared on our list? Email [email protected]. 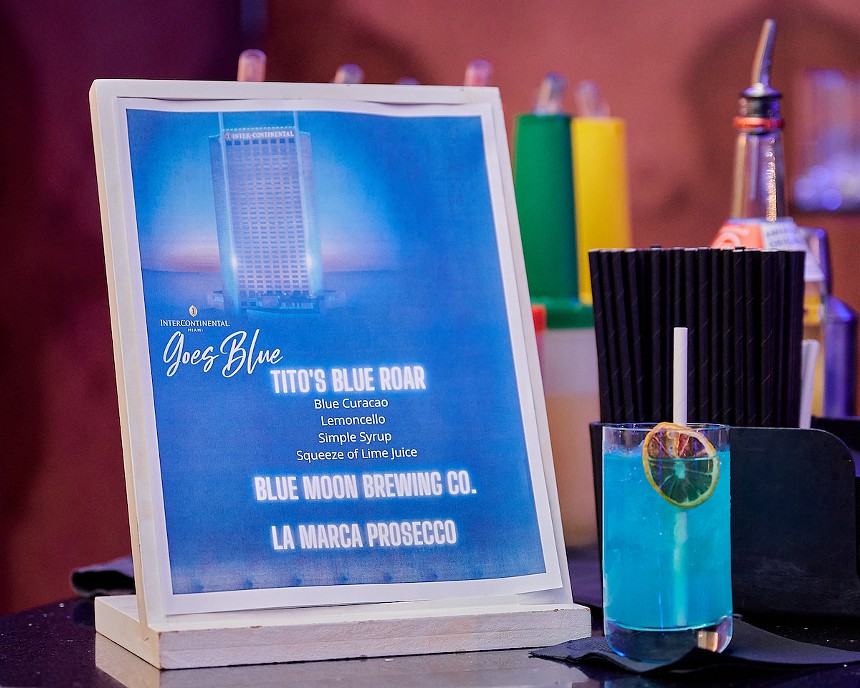 In recognition and celebration of Autism Awareness and Acceptance Month, InterContinental Miami’s interior has been given a blue motif for the month of April to show its support of the Arts for Autism Foundation, a local organization that provides free spectrum dance therapy to children with autism to encourage self-expression. In honor of the symbolic blue that represents Autism Awareness and Acceptance Month, the hotel restaurant Toro Toro is also doing its part, featuring a specialty dessert and cocktail. Diners can opt for the "Blue Roar," a combination of vodka, blue Curacao, limoncello, simple syrup, and lime juice ($18), or the "La Bomba," a blue chocolate half-sphere filled with cream cheese mousse, dulce de leche, strawberry ice cream, fresh berries, cookie crumbles and vanilla and berry sauce ($32). A portion of proceeds from the month’s sales will benefit the Arts for Autism Foundation. InterContinental Miami,100 Chopin Plz., Miami; 305-577-1000; icmiamihotel.com. 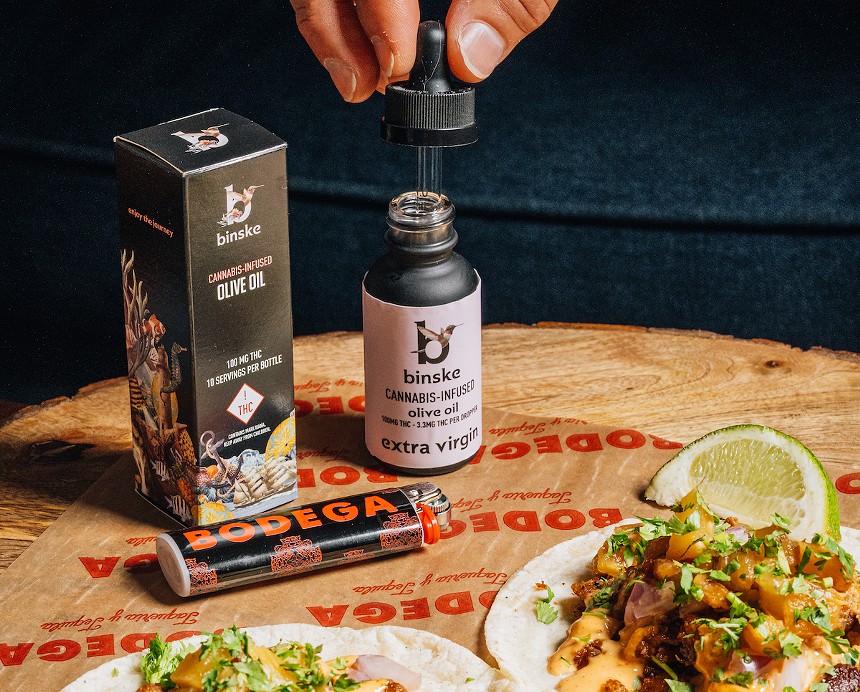 This week, Bodega is celebrating 4/20 with two new offerings available for a limited time. On Wednesday, April 20, patrons can try the all-new "Puff, Puff, Pastor" taco. Only available for one day, the taco offers a combination of CBD-infused roasted pork, charred pineapple, red onion, cilantro, and salsa rosada. Sold for $4.20 apiece, the tacos come with complimentary rolling paper. In addition, the restaurant will be whipping up a special CBD-infused "Sour Diesel" cocktail. Made with tequila, avocado, cilantro, cucumber, CBD-infused mint, jalapeño, and garnished with a fondant rolled joint, the drink will be available for $4.20 from 6 to 8 p.m. during happy hour at all locations with the exclusion of Aventura. Wednesday, April 20; at multiple locations; bodegataqueria.com. 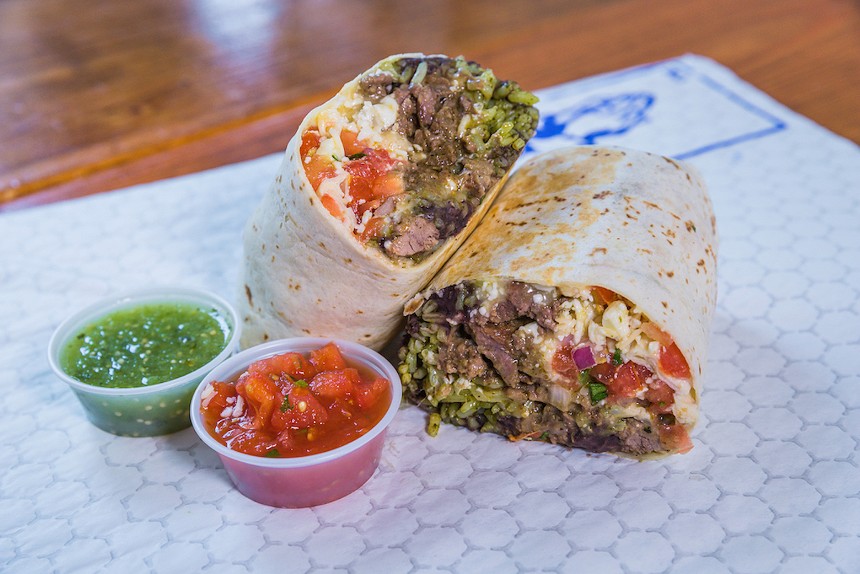 Get Blazed at Coyo Taco

Get blazed, eat burritos, repeat — that's the idea behind the day-long special at Coyo Taco Wynwood this week, where every burrito purchase will get guests a complimentary special edition branded rolling tray. On Thursday, the taco shop is also bringing back its 4/20 merchandise, offering hungry visitors who wait in line a chance to spin the wheel of prizes for a chance to win complimentary 4/20-themed favors. (These specials will only be available on-site at the Wynwood restaurant while supplies last). Noon to 2 p.m. and 4 to 6 p.m. Wednesday, April 20, at Coyo Taco, 2320 NW Second Ave., Miami; coyo-taco.com. 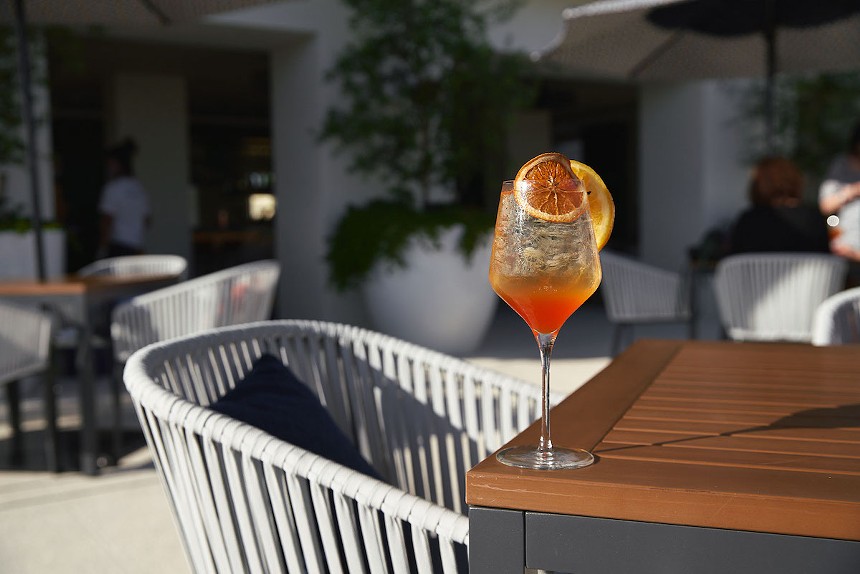 Mamey on 3rd and Casa Florida pair up for an exclusive pop-up.
Photo courtesy of Mamey on 3rd

Thesis Hotel will be hosting an exclusive pop-up event with Casa Florida, a locally celebrated bar focused on celebrating Miami’s history and culture, on its rooftop lounge Mamey on Third. The event will feature specialty libations, tropical-inspired dishes, and tastings by Brugal 1888 rum. Guests will be offered a welcome cocktail upon arrival as well as a tropical-inspired bite by executive chef Niven Patel. The evening will also feature live music, a domino tournament, and an appearance by Brugal's master ronera, Jassil Villanueva. 6 to 9 p.m. Wednesday, April 20, at Mamey on Third, 1350 S. Dixie Hwy., Coral Gables. Admission is free with RSVP via eventbrite.com. 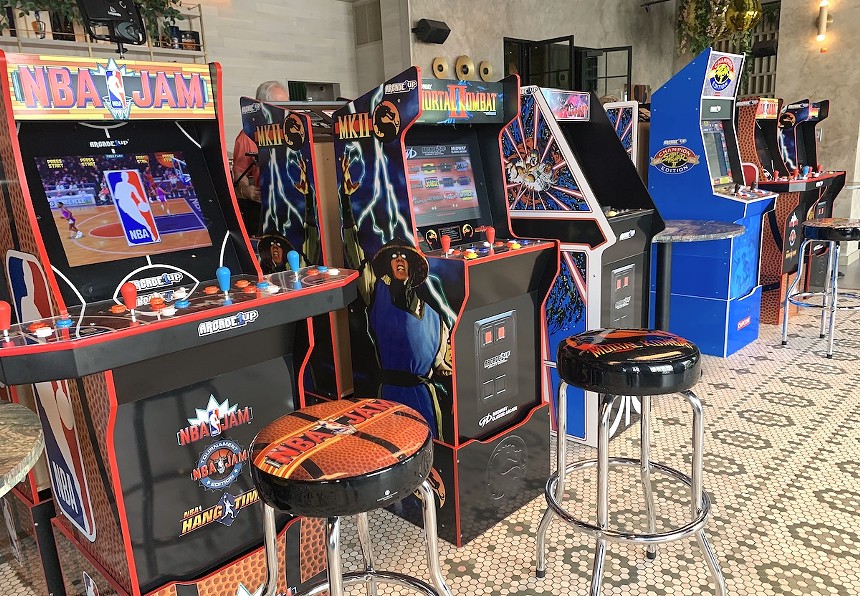 The Oasis hosts an arcade pop-up this week.
Photo by Mary Bryant Fleming

Feeling nostalgic for a night at the arcade? Oasis Wynwood has partnered with Arcade1Up for a weekend filled with fan-favorite video games, cocktails, and throwback jams. The boozy arcade will pop up at Oasis Wynwood’s indoor bar, Huacachina, from Thursday through Saturday (April 21-23) from noon to close. The event is free and open to the public, and all games will be free to play. Guests can try their hand at classic games like Pac-Man, Ms. Pac-Man, Street Fighter, and NBA Jam, or duel their friends with a Mortal Kombat face-off while they sip on arcade-themed libations. Enjoy throwback hits from DJs who will be spinning tracks from the '80s and '90s. And, in true arcade spirit, those with a competitive side can take on challenges for a chance to win special prizes — including their very own arcade game to take home. Thursday, April 21, through Saturday, April 23, at Oasis Wynwood, 2335 N. Miami Ave., Miami Beach; oasiswynwood.com. 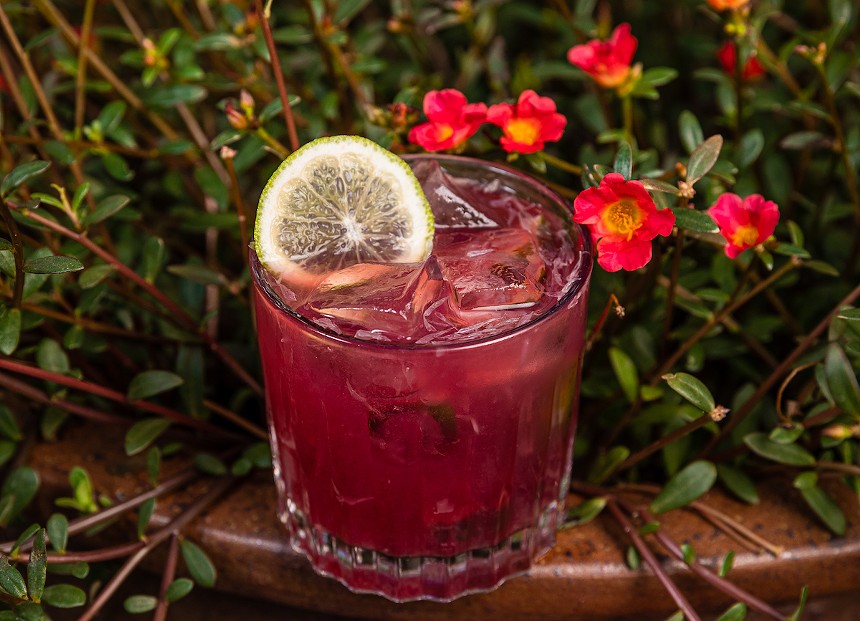 This week, celebrate Earth Day with a new happy hour offering at the Moxy South Beach's Serena and Mezcalista bars. Starting Friday, both hotel bars will feature a specialty cocktail dubbed "Earth Energy," a combination of blanco tequila, organic beet, pineapple, lemon, and ginger served in a recycled wine bottle glass. On Friday, a $1 donation from the sale of each $10 cocktail (usually $16) will benefit the Ocean Cleanup, a nonprofit organization that works to remove plastic from the ocean. Friday, April 22, through Sunday, April 24, at the Moxy South Beach, 915 Washington Ave., Miami Beach; marriott.com.
KEEP MIAMI NEW TIMES FREE... Since we started Miami New Times, it has been defined as the free, independent voice of Miami, and we'd like to keep it that way. With local media under siege, it's more important than ever for us to rally support behind funding our local journalism. You can help by participating in our "I Support" program, allowing us to keep offering readers access to our incisive coverage of local news, food and culture with no paywalls.
Make a one-time donation today for as little as $1.