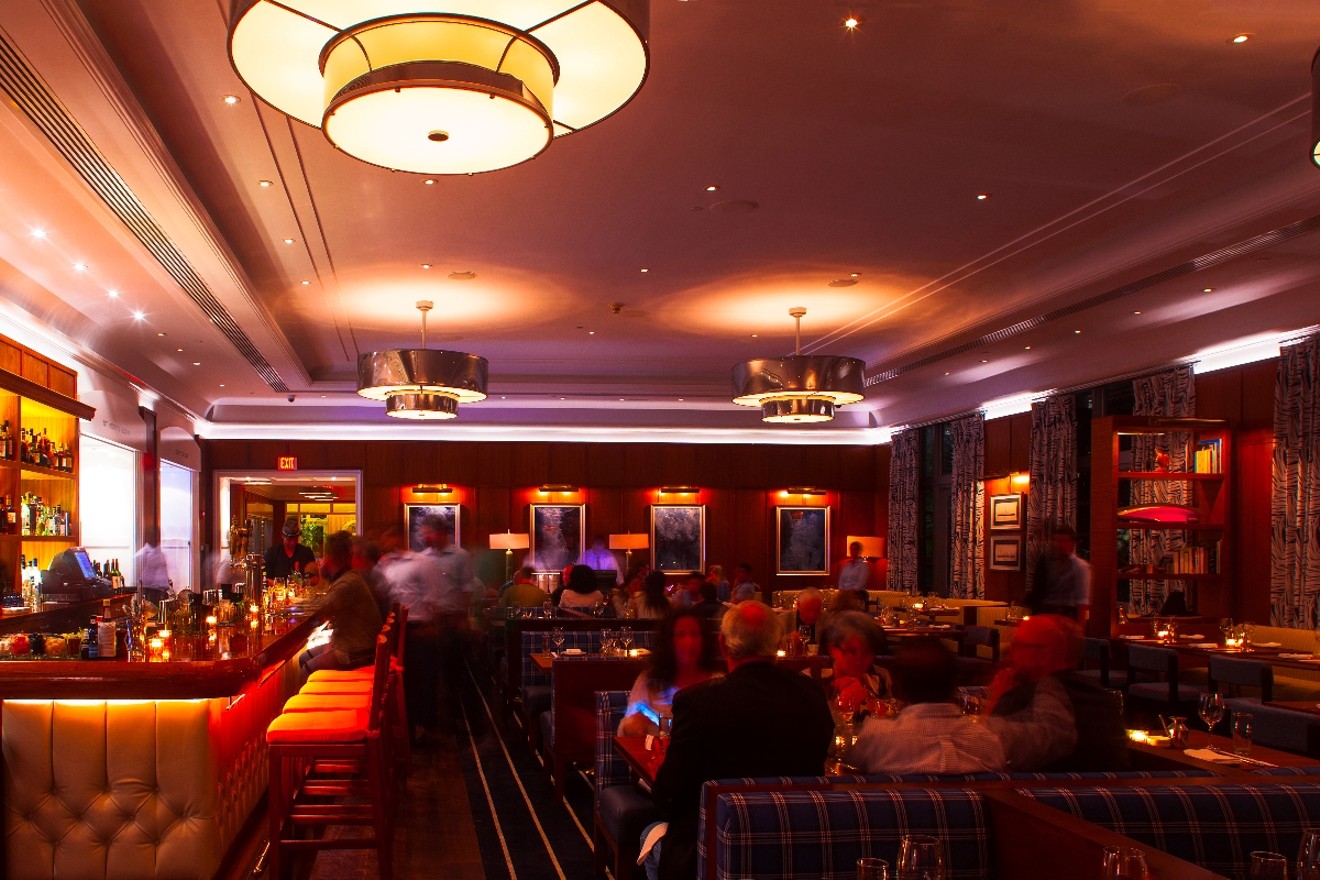 That's certainly the case with Lure Fishbar, the Miami Beach seafood restaurant that originally opened in 2013.

Today, John McDonald, owner of Lure Fishbar, confirms that his restaurant will be moving out of the hotel to make way for Rao's. "I've had a great partnership with the hotel," says McDonald. "Now, it's perfect timing, because we were looking to relocate the restaurant off the beach, and the Loews was able to make a deal with Rao's."

Seafood lovers can rejoice, however, because McDonald tells New Times he won't be leaving Miami.

Instead, the Mercer Street Hospitality founder is looking to relocate the establishment to a larger space where he can have more creative vision.

"When Lure moved into the St. Moritz building at the Loews, there were a lot of restrictions because it was a landmarked building. We literally had to float the walls from the ceiling," says McDonald. "This time, we want a space that's more in tune with the original New York location."

It's a move that has been nearly a year in the making, adds McDonald, who spent the last several months discussing future plans with Loews, which acts as an operating partner in the restaurant, following a one-year closure due to the pandemic. Unlike most restaurants that were able to reopen and continue operating — albeit on a restricted capacity — a few weeks into the COVID-19 pandemic, Loews hotel management closed the property to ensure both public and staff safety. That closure would last for about a year (Lure has since reopened).

While Lure was shuttered, though, McDonald did not sit idle. Instead, he launched three New York restaurants during COVID-19, including the most recent opening of Smyth Tavern in Tribeca last week.

McDonald says he is considering several neighborhoods including Wynwood and Brickell for his "Lure 2.0," adding that the right location will be based on the physical architecture of the space.

"I need a big, open room where I can craft and curate what I want it to be," says McDonald.

For now, fans of Lure can still visit the location at the Loews into the fall. There is currently no date set for closing the restaurant, though McDonald speculates it will be before the end of the year.

"After almost a decade, it's been a great experience and a great run for us at this location," says McDonald. "The fact that we were able to have nine-plus years in Miami Beach is fantastic. That's why I'm so interested in relocating Lure. Clearly, so many of our customers feel the same."

Lure Fishbar. 1601 Collins Ave, Miami Beach; 305-695-4550; lurefishbar.com.
KEEP MIAMI NEW TIMES FREE... Since we started Miami New Times, it has been defined as the free, independent voice of Miami, and we'd like to keep it that way. With local media under siege, it's more important than ever for us to rally support behind funding our local journalism. You can help by participating in our "I Support" program, allowing us to keep offering readers access to our incisive coverage of local news, food and culture with no paywalls.
Make a one-time donation today for as little as $1.