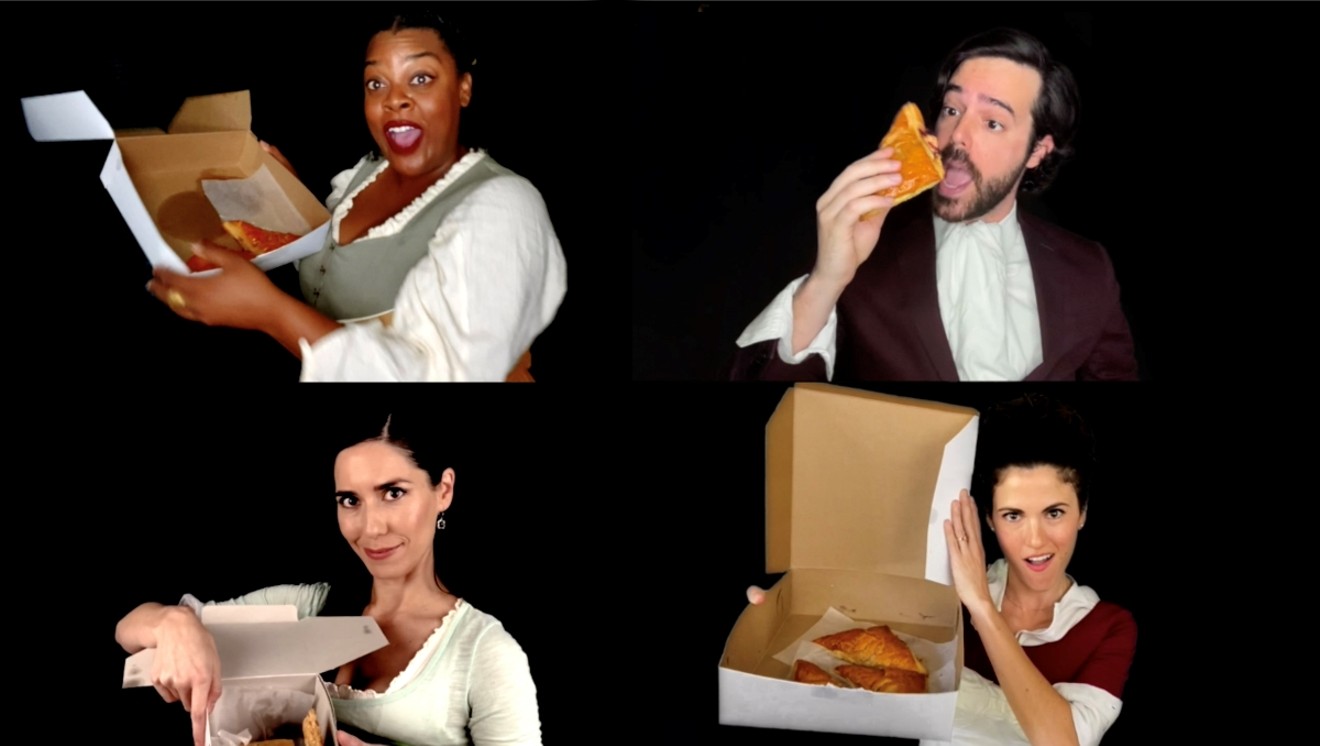 A few months ago, Miami was introduced to Alejandro Jamónton, the founding father of the Cuban sandwich.

The video, a parody of the award-winning musical Hamilton, is the brainchild (and alter ego) of actor and writer Eddie Mujica.

The 34-year-old Hialeah native moved to Los Angeles to pursue his acting and writing career. When the coronavirus pandemic hit Los Angeles especially hard, Mujica found himself with time on his hands, so he started making TikTok videos.

He followed it up with a fictional fight between Burr and Jamónton regarding which sandwich is superior — the Miami cubano or the Tampa version, which adds salami.

"It seemed like there was an audience craving these as much as they crave delicious Cuban food," Mujica says of his decision to build Jamónton into a series. "I knew I wanted to feature the ladies this time around."

He says Cuban pastries remind him of home.

"Growing up in Hialeah, my dad used to pick up a box of pastelitos every Sunday and we'd take them with us to the beach. It's definitely a comfort food for me," Mujica elaborates. "I'm on the other side of the country right now, thousands of miles away from family, so I'll go get some pastelitos every now and then to feel closer to home. I still pick some up before a trip to the beach!"

"I thought it was as good a time as any to honor the importance of a woman's voice, in more ways than one," says Mujica. "I wanted to pay tribute to not just these delicious pastries, but to all the Cuban women, and immigrant women, who continue to make amazing contributions to this country."

With Hamil-hype still out there, can we expect to see more Jamónton videos?

Mujica says three seems like a good number. "Though I'm always down for more if there's an appetite for them."
KEEP MIAMI NEW TIMES FREE... Since we started Miami New Times, it has been defined as the free, independent voice of Miami, and we'd like to keep it that way. With local media under siege, it's more important than ever for us to rally support behind funding our local journalism. You can help by participating in our "I Support" program, allowing us to keep offering readers access to our incisive coverage of local news, food and culture with no paywalls.
Make a one-time donation today for as little as $1.