A plate of pasta at Macchialina in Miami Beach Photo by Liz Clayman
On Thursday, June 9, the Ritz-Carlton in Orlando will host the official announcement of which restaurants will be included in the first Michelin Guide in Florida.

Michelin, in partnership with the Greater Miami Convention and Visitors Bureau, Visit Orlando, and Visit Tampa Bay, will release the Guide, which will cover the cities of Miami, Orlando, and Tampa.

In the United States, only New York, Chicago, Washington, D.C., and California have their own Michelin Guide. Each is arranged according to a rating scale of one to three stars. According to Michelin, "A Michelin Star is awarded for outstanding cooking. We take into account the quality of the ingredients, the harmony of flavours, the mastery of techniques, the personality of the chef as expressed in their cuisine and, just as importantly, consistency both over time and across the entire menu."

According to the guide, ambiance, décor, and service play no part in the selection process, which is undertaken exclusively by full-time employees of Michelin.

In addition to its star system, Michelin's "Bib Gourmand" category lists restaurants that serve outstanding food at a good value — generally, places where you can get a two-course dinner and wine or dessert for under $40. This is where most restaurants in the Florida Guide are likely to fall. A third category, "Plate," serves as a catchall, akin to an honorable mention.

The culinary world in Miami (as I'm sure Tampa and Orlando) is abuzz with speculation as to who will be included in the guide, with chefs and restaurateurs calling around to see who received a coveted invite to the festivities at the Ritz-Carlton.

Miami is still a relatively young food city, so it's possible the first Michelin Guide will lack "star" power, as it were. Still, for a guide to be published puts Miami, Tampa, and Orlando on the culinary map — and that's a good position to be in.

With that in mind, here, in alphabetical order, is a list of ten restaurants likely to be included in the first Miami Michelin Guide. 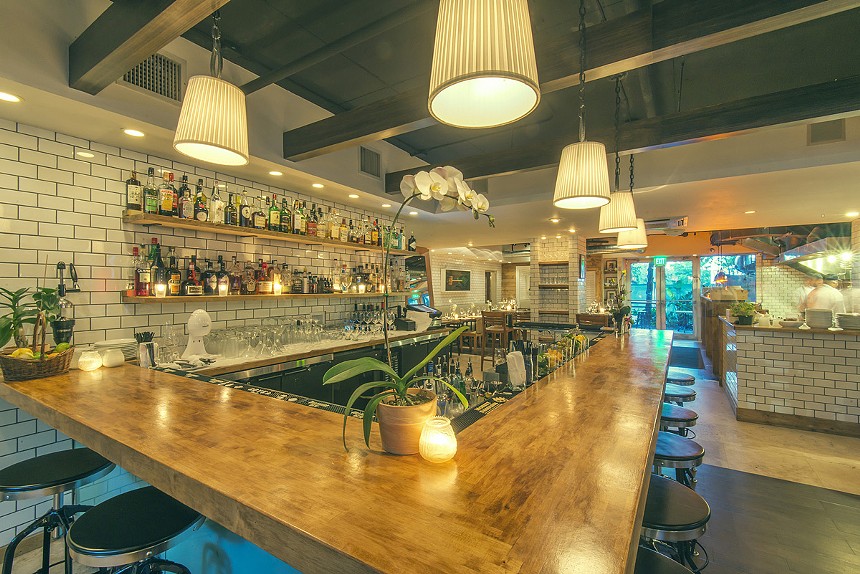 The bar at Ariete
Photo by Charlie Garcia

3540 Main Hwy., Coconut Grove
786-615-3747
arietecoconutgrove.com
Chef Michael Beltran has merged his formal culinary training with his Cuban-American roots to create a menu at his Coconut Grove restaurant that is truly unique to Miami. Michelin looks for restaurants where the chef has stamped his mark, and Beltran has done just that. Examples include a foie gras and plantain dish, a pastramied Wagyu short rib, and a loamy flan. 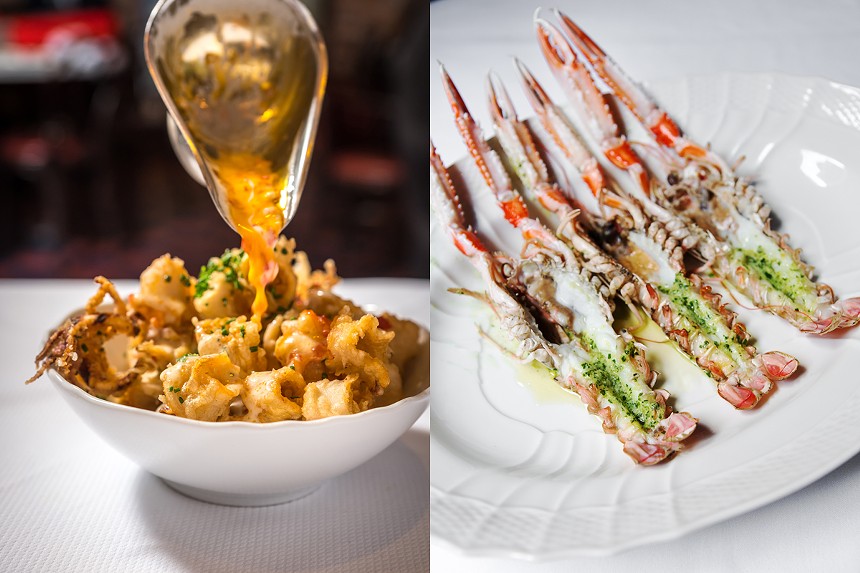 Calamari and shrimp scampi at Carbone
Photos courtesy of Carbone

49 Collins Ave., Miami Beach
carbonemiami.com
Chef Mario Carbone set out to save the classic red sauce Italian restaurant from extinction with his eponymous Carbone. In doing so,  he created a restaurant that's also a viral social media sensation. The question on the table is whether the food is worth the hype. The answer is a resounding yes. Carbone hits all the right flavor notes, making this a rare restaurant that embraces both the past and the future of dining. 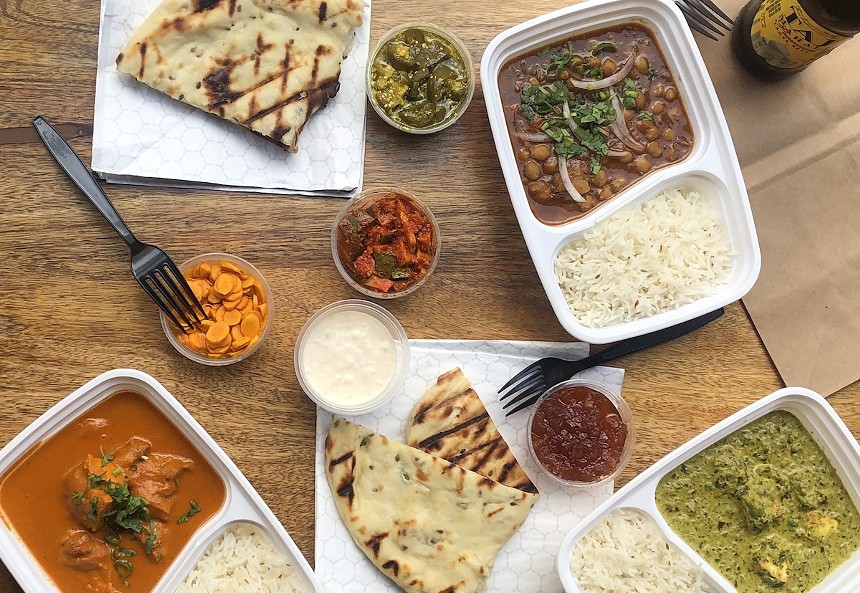 8965 SW 72nd Pl., Miami
305-968-1850
gheemiami.com
Niven Patel has worked in some of Miami's finest dining rooms. With Ghee, he and his wife Shivani have brought the flavors of India to life with local ingredients grown straight from their Homestead farm, Rancho Patel. Though Patel has since opened some other excellent establishments, Ghee is the one that's most straightforward about food, telling the story of the Patels with every bite.

140 NE 39th St., Miami
Itamae.com
Another family-focused restaurant. Fernando Chang and his children, Nando and Valerie Chang, turn out some of Miami's best ceviche and tiraditos from this tiny Design District Nikkei restaurant that offers outdoor seating only. The Chang family first entranced Miamians with their culinary skills at Itame at MIA Market, before moving across the way to their own dedicated space. There, they serve a precise menu of ceviche, tiraditos, and nigiri. The menu changes often — reflecting the drive to only serve the freshest seafood. Whatever is in style that day will be fresh and bursting with bright citrus, maybe a touch of heat, and a lot of precision. 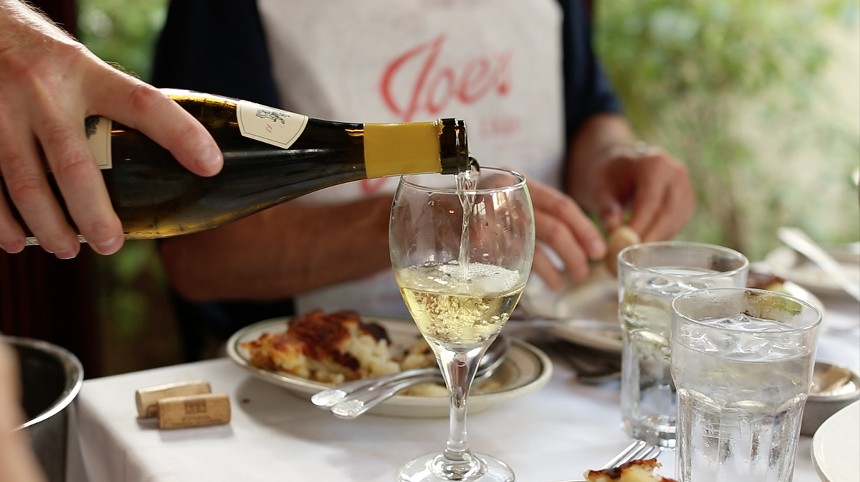 11 Washington Ave., Miami Beach
305-673-0365
joesstonecrab.com
How on earth can you not pay homage to a city's most iconic restaurant? For over 100 years, Joe's Stone Crab has served celebrities, Presidents, and locals who come for its stone crabs and famous mustard sauce. Many forget, however, that under the care of chef Andre Bienvenu, Joe's also offers a full menu of classic dishes ranging from a filet mignon to some of the best fried chicken around. 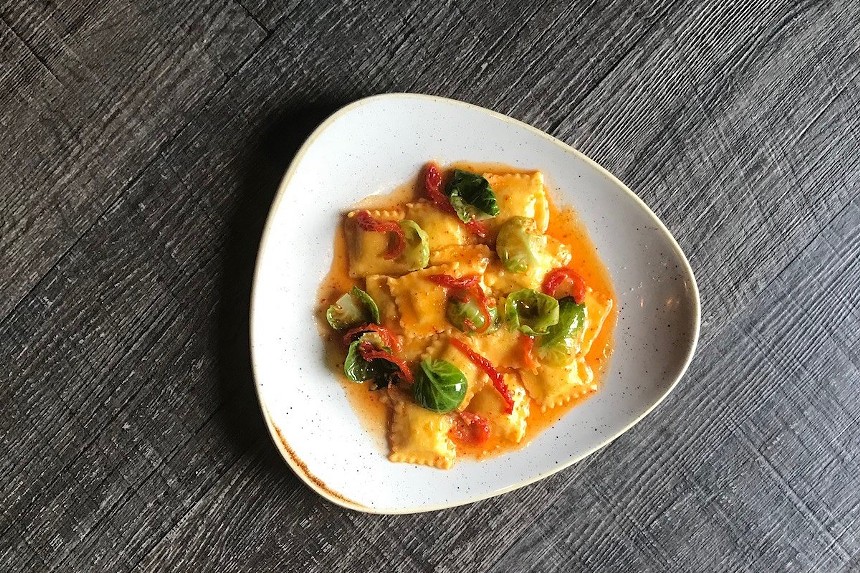 820 Alton Rd., Miami Beach
305-534-2124
macchialina.com
At the end of the day, after all the literal smoke from molecular gastronomy clears, you simply want a great plate of pasta and a glass of fine wine — and that's exactly what Macchialina delivers. Chef Michael Pirolo's no-nonsense approach to food is simple: use quality ingredients and freshly made pasta. The menu is brief - maybe a half dozen pastas, a branzino, veal parmigiana, a half roasted chicken — but it's all the food you actually want to eat so you'll still stare at the menu for far too long, deciding between the lasagna and the cavetelli. The only thing to do? Come back often. 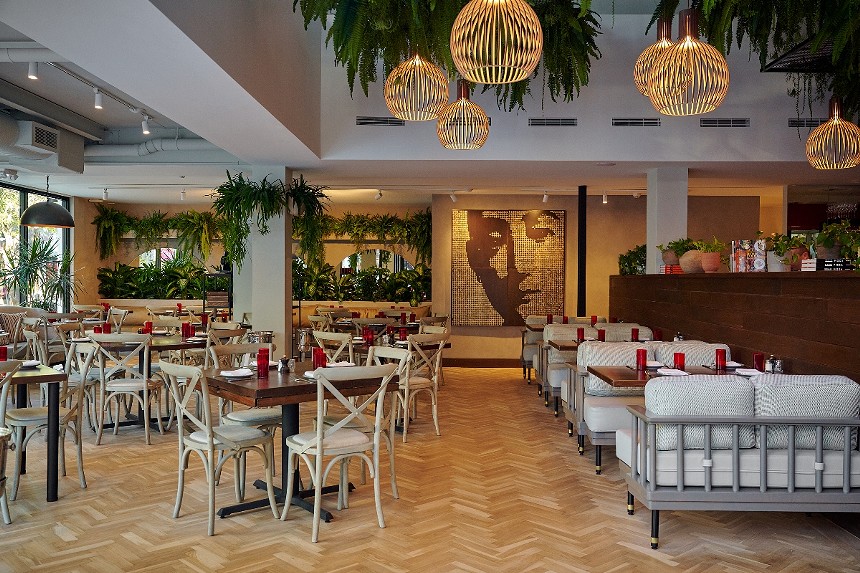 130 NE 40th St., Miami
305-676-0894
michaelsgenuine.com
Not too long ago, Miami dining consisted of chain restaurants and hotel dining. Michael Schwartz is one of the chefs to break that mold with his Design District restaurant, Michael's Genuine Food & Drink. The restaurant, which has just been refreshed with an extended outdoor seating area, continues to make top-notch food that allows the quality ingredients, carefully sourced, to shine. 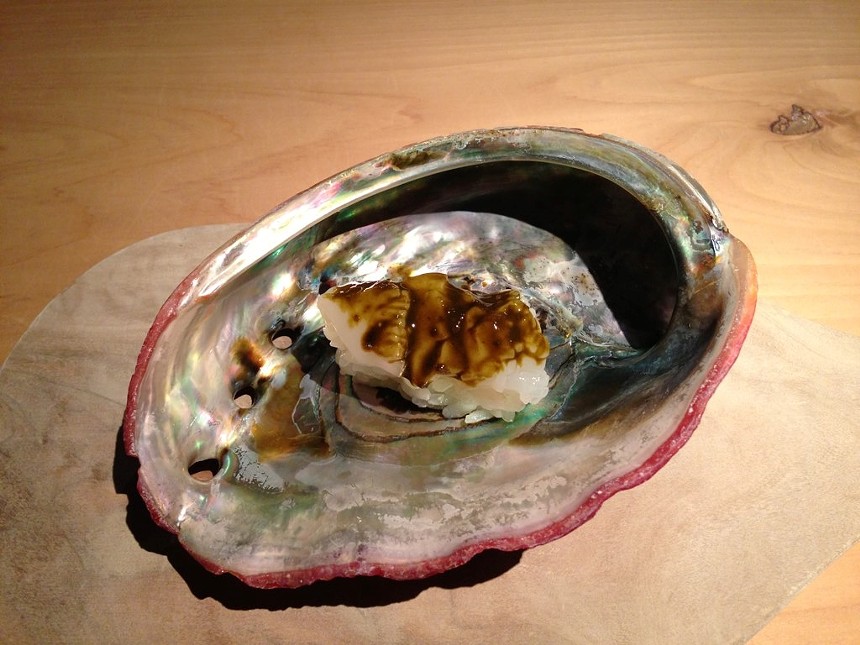 Abalone at Naoe
Photo by T.Tseng/Flickr

661 Brickell Key Dr., Miami
305-947-6263
naoemiami.com
Winner of the Forbes Travel Guide Five-Star award, Naoe is an exquisite restaurant tucked away on Brickell Key. Each evening, at 5 and 9 p.m. chef Kevin Cory serves his omakase dinner for an intimate gathering of four people. The $280 per person meal takes two to three hours and comes with a laundry list of restrictions (no children, no substitutions, and food allergies be damned). But those few who allow themselves to be placed in the hands of the chef will experience as close to culinary nirvana as can be achieved in Miami. 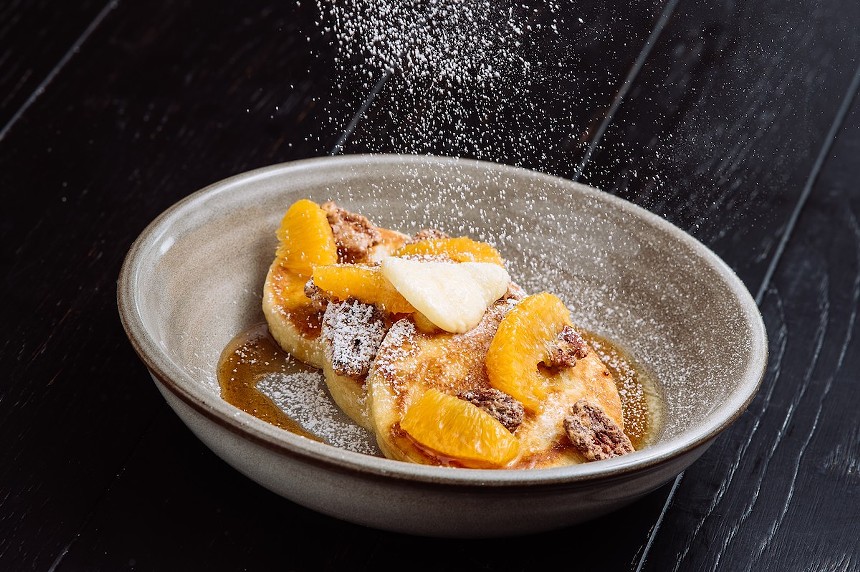 101 Washington Ave., Miami Beach
786-322-5211
stubbornseed.com
Top Chef winner Jeremy Ford's Stubborn Seed takes diners on a culinary journey that's rare in Miami. Ford, who worked at restaurants like L'Orangerie in Paris and Jean-George Vongerichten's Matador Room, has taken his classical training and, at Stubborn Seed, created the culinary equivalent of a Jazz concert. Though there is a weeknight a la carte menu, opt for Ford's eight-course tasting menu ($150) to really benefit from the chef's talents. 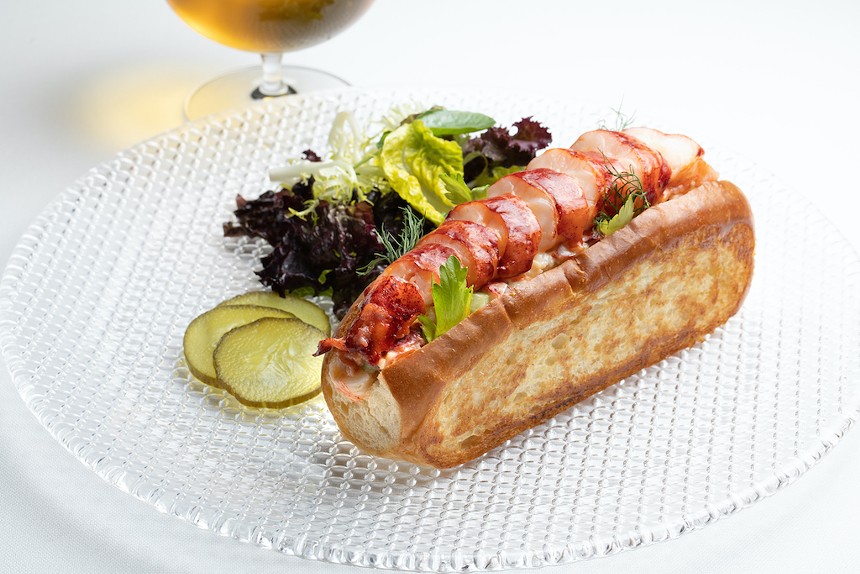 9011 Collins Ave., Surfside
305-768-9440
surfclubrestaurant.com
Thomas Keller's Surf Club Restaurant is a masterpiece. Elegant, resplendent, and stylish without ever being stuffy, Keller's dishes are simply perfection. The chef manages to take old classics like lobster thermidor, beef Wellington, and Cesar salad and make them exciting again. At the Surf Club, you'll remember why these dishes were so loved in their heyday. The Surf Club Restaurant is truly the finest representation of white-tablecloth dining in Miami.
KEEP MIAMI NEW TIMES FREE... Since we started Miami New Times, it has been defined as the free, independent voice of Miami, and we'd like to keep it that way. With local media under siege, it's more important than ever for us to rally support behind funding our local journalism. You can help by participating in our "I Support" program, allowing us to keep offering readers access to our incisive coverage of local news, food and culture with no paywalls.
Make a one-time donation today for as little as $1.