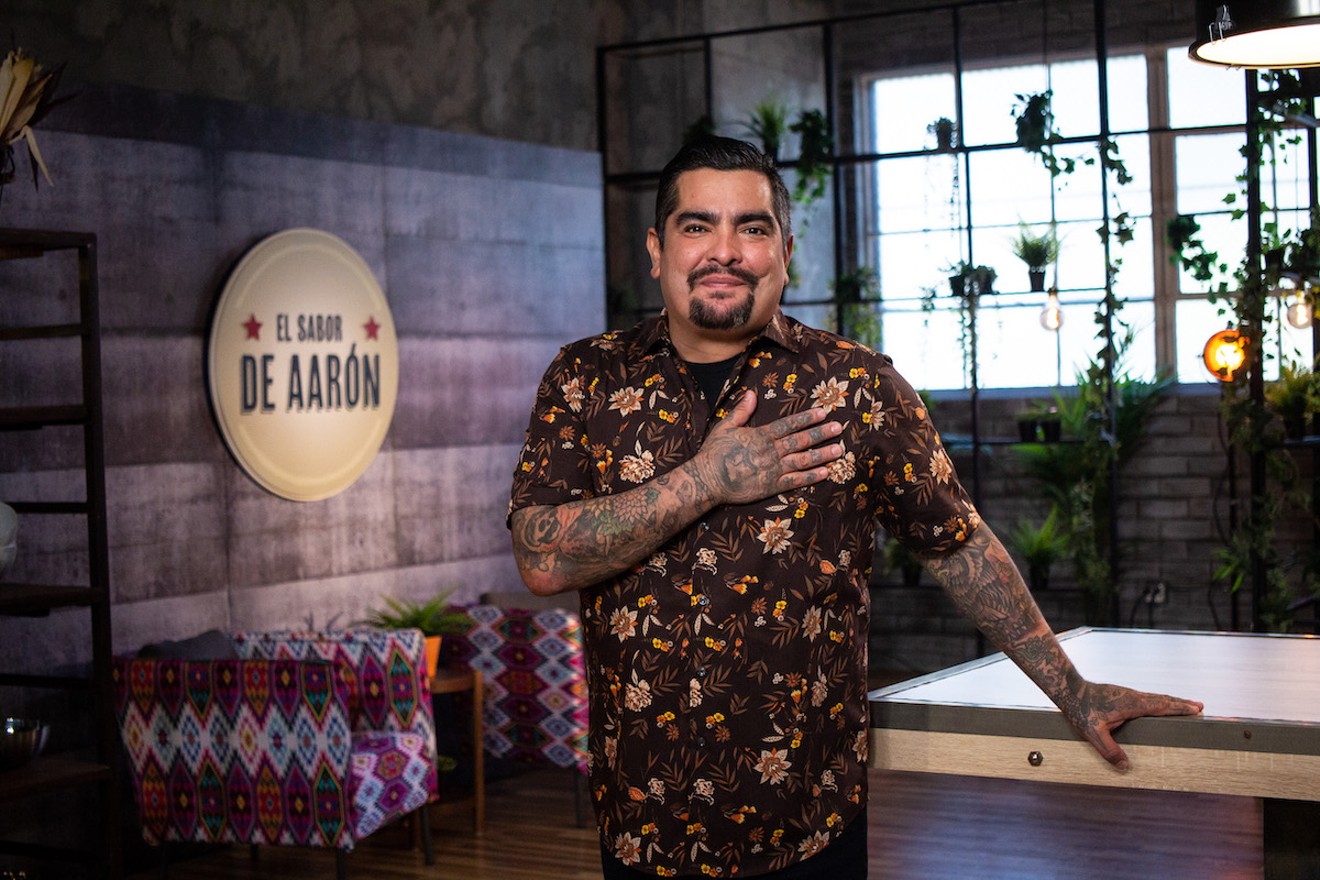 Produced by Cocina, Sánchez's digital media and lifestyle platform company, the show will feature a collection of chefs from across the United States as they showcase their spin on Latino culinary traditions through a series of creative and competitive cooking challenges.

Emiliano Saccone, who cofounded the company with Sanchez in 2017, says the goal of the show is to offer viewers a chance to experience the diversity and breadth of Latin cuisine while showcasing the world's up-and-coming Latino culinary talent.

"We see this show as an opportunity to elevate Latin cuisine — not just focus on the well-known foods, but all Latin cuisine as a whole — while also conveying the lifestyle and history surrounding the food and creating stories that uplift Hispanic culture," Saccone tells New Times. "It's also taking Aarón back to his roots with content in his native language for a Hispanic audience. It's like coming home, full circle."

Each 30-minute episode pits two Hispanic professional chefs going head-to-head in a series of cooking challenges to determine who earns the distinction of El sabor de Aarón: The taste of Aaron.

During the first season, Sánchez will ask the chefs — a group that includes Miami-based Dayanny de la Cruz (executive chef for Sodexo Live! at the Hard Rock Stadium), Jhonny Delgado (sous chef at B Bistro + Bakery), and Juliana Gracia (founder of Gracias Healthy Food) — to prepare two dishes with ingredients of his choosing.

Sánchez, along with a panel of celebrity guest judges, will weigh the taste of each dish according to the chef's modern approach to translating authenticity. At the end, the host will announce who nailed the final presentation according to his tastes and standards.

"Don't think of this show as a strict competition series where somebody gets a financial reward. Instead, think more of a celebration of the Latin cuisine where the godfather of all things Latin food selects and cherry-picks who he thinks of as an influential leader in Latin culinary arts," Saccone says. "The phrase is a metaphor for how each chef is able to create that authentic Latino taste. Each episode will serve as a testament to how Latin food is evolving, and how these young new chefs are showcasing the incredible variety of Hispanic cuisine."

El Sabor Aarón premieres today, Thursday, May 5, at 9 p.m. on Hogar de HGTV or on Saturday, May 7, at 8 p.m. on Discovery Familia. For more information, visit hogarhgtv.com, or watch via the Discovery Familia GO app.

"El Sabor Aarón is my way of showing love to Hispanic cuisine and the broader community of professional chefs that are taking the rich traditions and flavors that we all cherish to entirely new heights," Sánchez said in a press release. "Getting the opportunity to spotlight some of the brightest stars and sharpest minds in the Hispanic culinary scene is an honor."
KEEP MIAMI NEW TIMES FREE... Since we started Miami New Times, it has been defined as the free, independent voice of Miami, and we'd like to keep it that way. With local media under siege, it's more important than ever for us to rally support behind funding our local journalism. You can help by participating in our "I Support" program, allowing us to keep offering readers access to our incisive coverage of local news, food and culture with no paywalls.
Make a one-time donation today for as little as $1.