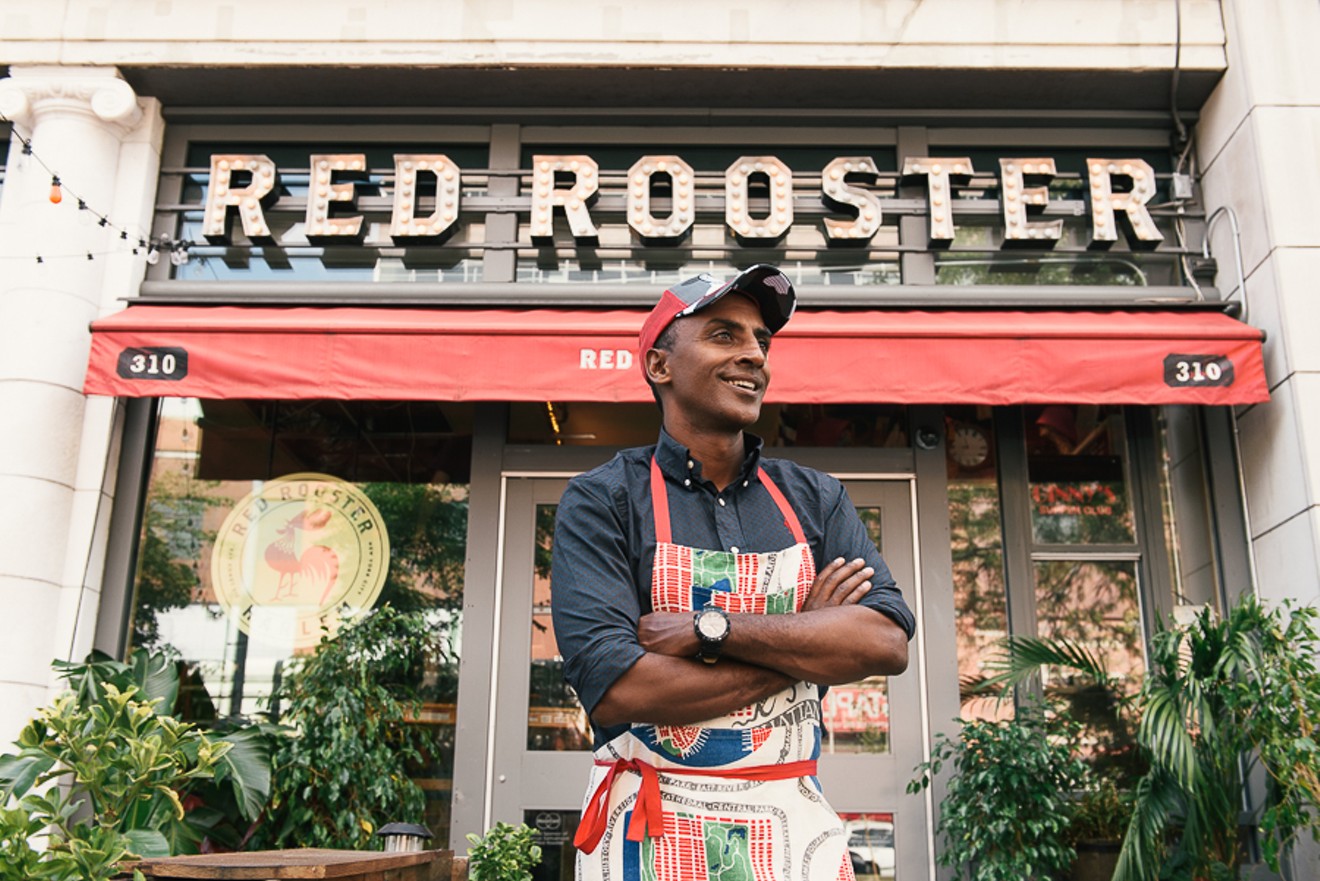 Opening December 3, it’s the third location for the concept, which serves “American roots” comfort food, infused with the flavors and personality of the neighborhood in which it resides — and with a contemporary twist. It also marks Samuelsson’s first South Florida outpost, a collaboration with developers Michael Simkins and Derek Fleming, with operations helmed by Grove Bay Hospitality Group.

In spite of a delayed debut due to the pandemic, the restaurant's mission remains the same: to bring the same community-driven ethos to the Overtown location as the celebrity chef created at his flagship Harlem establishment, as well as at his second outlet, in London’s Shoreditch neighborhood.

The menu itself — featuring classics like "Hot Honey Yardbird" (Samuelsson’s famed fried chicken) and "Obama’s Short Ribs" (a dish served to the former president at the original Red Rooster in Harlem) — may seem gift enough. But Samuelsson wants diners to understand the cultural history of the predominantly Black neighborhood, and he seeks to inject some commercial energy into the area, which has been neglected by the city and overlooked by tourists and Miami residents alike since its heyday in the postwar 1940s and 1950s.

“I was drawn to the rich history of Overtown, which has been historical within the African-American community," Samuelsson tells New Times. "Hopefully, Red Rooster can add to the richness of Overtown by adding jobs, providing great food, and creating a destination for people to come to.”

With a menu dotted with odes to the area, Samuelsson looks forward to mining the exciting blend of influences that inform culinary Miami.

You may remember the chef’s stop in the Magic City for his 2018 PBS docuseries, No Passport Required, in which he explored the culinary and cultural history of Haitians in Miami.

“When I think of Miami, I think of African-American, Caribbean, and Latin cultures," the chef says. "In particular, I think of the Bahamas, Haiti, and Cuba. There’s also a traditional Southern feel. Our aim is to translate all of that complexity within Red Rooster Overtown."

Red Rooster's famous fried Yardbird and sides.
Photo courtesy of Red Rooster Overtown
Samuelsson is also committed to embracing Miami’s burgeoning natural-wine scene — with an emphasis on Black-owned vignerons. “Our focus on sustainability will flow through in the way we source our wines,” he explains. “We have our own hydroponics farm where we source our non-pesticide provisions. We will have the same approach in our wine selections as well.”

A veteran of many a restaurant opening, Samuelsson nonetheless encountered unique obstacles to opening Red Rooster Overtown, which had been slated to debut in March.

“Every place is different and moments like this humble you more than anything," he says. "We have humility as we anticipate this opening. Without the support of the Miami Community Redevelopment Agency and the generous Simkins family, this wouldn't have happened. So many people took a chance on us in order for us to open our doors.”

Nor has the Overtown restaurant been the only thing the chef has had on his hands. As the food and beverage industry was rocked in the aftermath of lockdown earlier this year, Samuelsson teamed up with chef José Andrés and Food Rescue US to provide free meals for those who found themselves out of work.

Samuelsson says the experience changed the way he thinks as a chef and restaurateur.

“My experience during this time has changed many things. Mainly I’ve found a lot more gratitude towards my team, family, and community," he says. "My definition of frontline workers chefs has expanded to include chefs. I’ve never thought of that before and I can thank José Andrés for teaching me that.”

In addition to being a full-service restaurant, Red Rooster will act as a venue for local musicians to showcase their talents. Samuelsson is no stranger to the merging of these worlds, as his other locations have become music hotspots as well as trendy eateries.

“Food and music have always been two big pillars of joy and culture,” he says. “They both help us get to know each other better and celebrate each other as community members. In this way, food and music have been able to do a much better job than politics in bringing people together.”

Red Rooster Overtown. 920 NW Second Ave., Miami; 305-640-9880; redroosterovertown.com. Sunday through Thursday 5 to 10 p.m., Friday and Saturday 5 to 11 p.m.
KEEP MIAMI NEW TIMES FREE... Since we started Miami New Times, it has been defined as the free, independent voice of Miami, and we'd like to keep it that way. With local media under siege, it's more important than ever for us to rally support behind funding our local journalism. You can help by participating in our "I Support" program, allowing us to keep offering readers access to our incisive coverage of local news, food and culture with no paywalls.
Make a one-time donation today for as little as $1.