The Most Expensive Property for Sale in Florida: $170 Million Miami Beach Estate Last week, the oceanfront estate of the late doctor, philanthropist, and University of Miami trustee M. Lee Pearce went on the market for $170 million — promptly one-upping the Arsht's Estate's short-lived reign as the county's priciest residential listing. In fact, the property's notorious real estate agents, Jill Eber and Jill Hertzberg of the Jills Zeder Group, tell New Times the Pearce compound is actually believed to be the most expensive residential property ever put up for sale in the entire state.

"To the best of our knowledge, it is the highest price on a single folio residential property offered for sale in Florida," writes one of the Jills (though it's not clear which one) via email.
click to enlarge

The Pearce compound boasts 600-feet of frontage on Biscayne Bay.
Photo courtesy of the Jills Zeder Group/1 Oak Studios
Situated on the exclusive, gated La Gorce Island in Miami Beach, the Pearce compound boasts three homes — two two-story residences and a smaller one-story home with a guesthouse — each with its own private dock. In total, there are 12 bedrooms, 16 full bathrooms, nine half-bathrooms, and three swimming pools.

The nearly three-acre property boasts statues of Greek gods and goddesses, opulent marble floors, handpainted frescos on the ceiling, crystal chandeliers, an extravagant Spanish-style courtyard, and 600 feet of frontage on Biscayne Bay with panoramic views of the Miami skyline. Not to mention a wine cellar, a vintage movie theater, and a private waterfront park on the property called "Domaine de la Paix et de l’Amour" (French for "Domain of Peace and Love"), decked out with manicured greenery and a waterfront gazebo.
click to enlarge 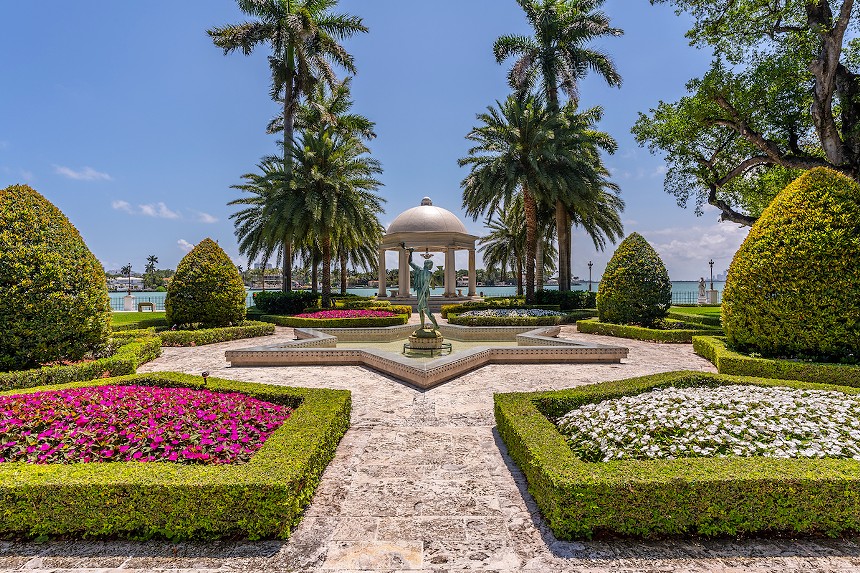 The owner demolished one of the existing homes to build a private waterfront park.
Photo courtesy of the Jills Zeder Group/1 Oak Studios
But, Jill Eber says, the most extraordinary part of the estate is that it is a collection of four different properties.

"Assemblies are highly sought-after and difficult to put together," she tells New Times. "This one is ready to go."
click to enlarge 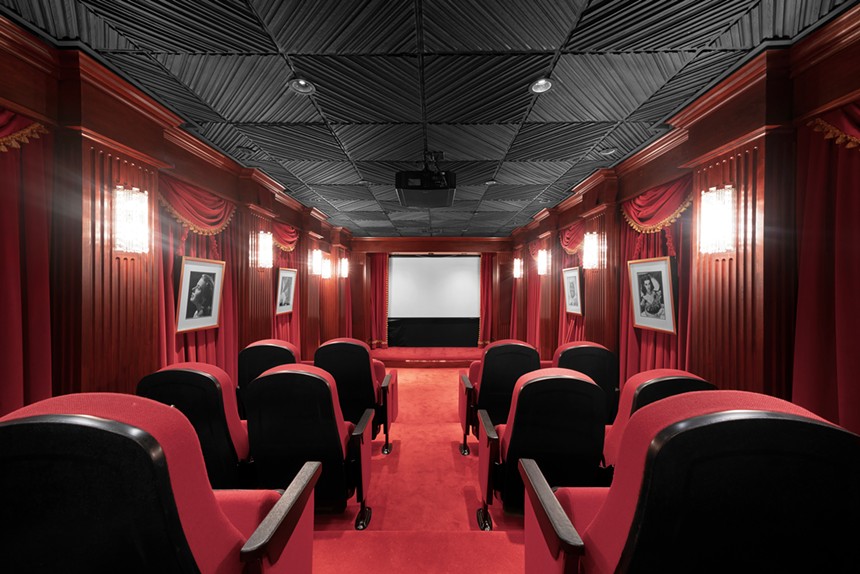 Private movie theater
Photo courtesy of the Jills Zeder Group/1 Oak Studios
M. Lee Pearce made his money building and operating hospitals, medical facilities, and banks. He purchased the separate properties throughout the 1980s, paying $3.1 million in total for the four lots. (Pearce tore down one of the homes to build his private park.) Pearce died in 2017, and the compound now belongs to his trust. According to the Wall Street Journal, proceeds from the sale will benefit the Dr. M. Lee Pearce Foundation, which provides grants for medical research and music.

The Jills emphasize that the property is rare and in demand. So if you've got $170 million to spend and want to live down the road from Cher's old pad, Eber suggests you move fast.

"For this property," she advises, "the best is to get involved quickly."
click to enlarge 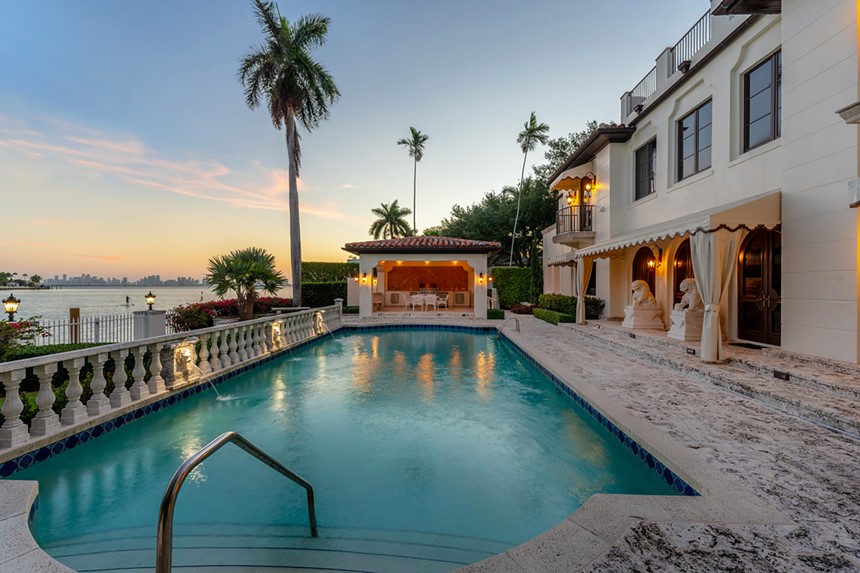 One of three pools on the property
Photo courtesy of the Jills Zeder Group/1 Oak Studios
KEEP MIAMI NEW TIMES FREE... Since we started Miami New Times, it has been defined as the free, independent voice of Miami, and we'd like to keep it that way. With local media under siege, it's more important than ever for us to rally support behind funding our local journalism. You can help by participating in our "I Support" program, allowing us to keep offering readers access to our incisive coverage of local news, food and culture with no paywalls.
Make a one-time donation today for as little as $1.